Himachal: JP Nadda’s emotional appeal to voters, said – vote for a good gardener who takes care of your garden 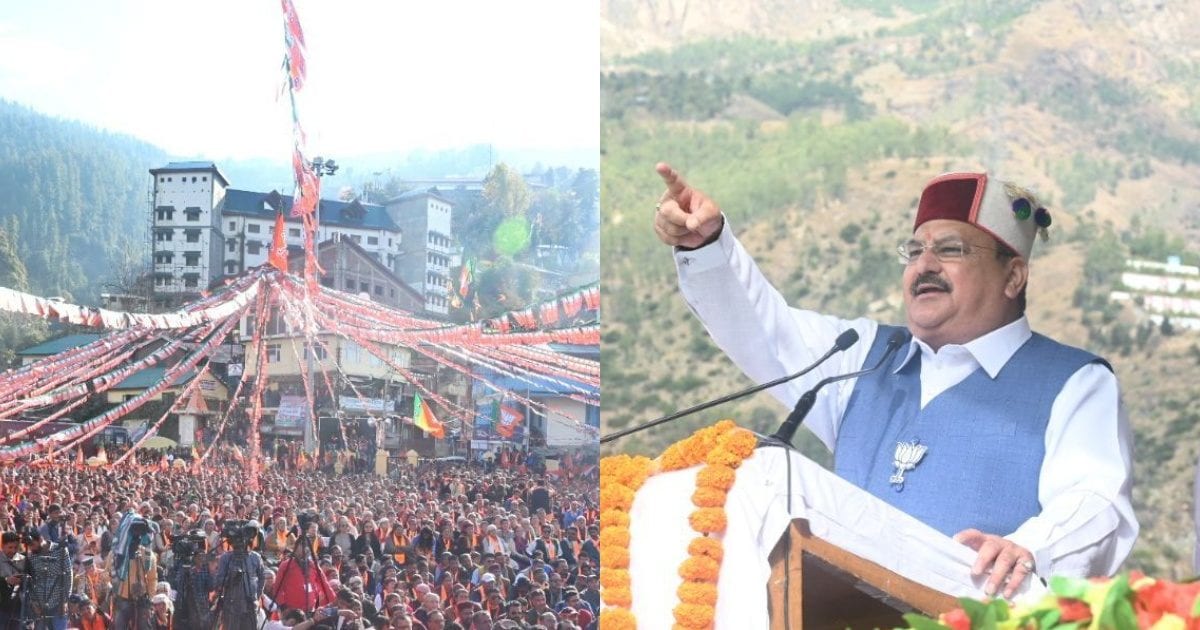 Rampur (Himachal Pradesh). Bharatiya Janata Party (B J P) President J. P. Nadda on Monday urged the voters of Himachal Pradesh to vote in the assembly elections to be held on November 12 keeping in mind their future and not sentiments. He asked people to choose such gardeners who can take proper care of their gardens. Addressing a public meeting in Rampur in favor of BJP candidate Kaul Singh, Nadda said that Singh protected the interests of the people of the area despite being defeated in the last assembly elections. He said that Kaul Singh has been a good ‘chowkidar’ over the years.

Accusing the Congress of trying to mislead voters on several issues, Nadda said, “Those who have nothing to show always try to mislead voters and weaken the democratic process.” The BJP president claimed that the Congress is trying to seek votes in the name of a family, which shows that it has done nothing and is standing on crutches. “Don’t decide on the basis of feelings and keep your future in mind,” he said. He said that despite losing the last election, Kaul Singh remained a good “chowkidar” to protect the interests of the people. He asked voters as good as Kaul Singh. watchman And Gardner requested to search.

Nadda said, ‘If you don’t have a good gardener, your garden will be destroyed.’ The BJP leader lauded Prime Minister Narendra Modi and said that under his leadership, India has reached a position from where it can give to other countries instead of taking them. He also raised the issue of dealing with Kovid-19. He said that India has given anti-Covid vaccines to 48 countries and Himachal Pradesh was the first state to achieve 100% vaccination against Kovid under the leadership of Chief Minister Jai Ram Thakur. He said that India never ‘SIM card’ used to import and export them and has become the second largest producer of mobile phones.

The BJP president said, “When countries around the world are fighting for their existence because of the Ukraine war. At the same time, India has become the country with the fifth largest economy in the world, leaving Britain behind. He said that Prime Minister Modi’s love for Himachal Pradesh is unprecedented and this is evident from the fact that the face of the state has changed in the last five years. Referring to the Indian Institute of Management (IIM), Indian Institute of Technology (IIT), he said, “We have not only given what we promised to Himachal, we have also given what we did not promise…”

Nadda claimed that the Prime Minister gave nine crore gas cylinders and chulhas to the people of the country and Himachal Pradesh now has no house where food is cooked on wood. He said that this is women empowerment.