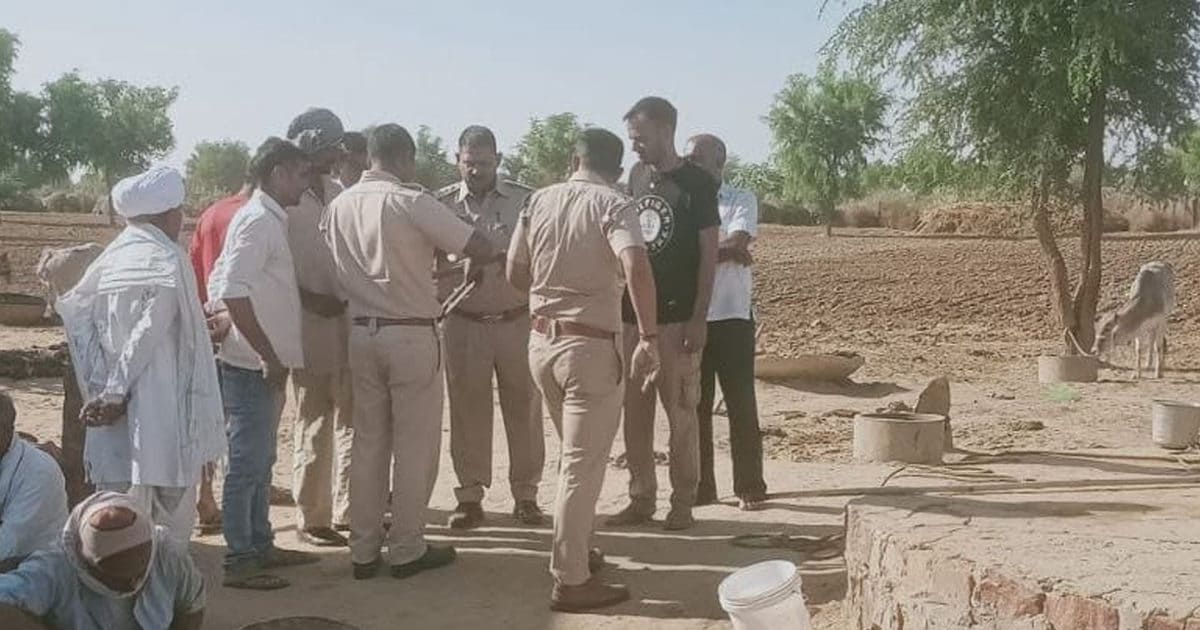 The incident of Lohwat police station area of ​​Jodhpur

The murderer is said to be addicted to drugs

Jodhpur. A heart-wrenching incident has come to light in the Lohawat police station area of ​​Jodhpur district of Rajasthan. Here a drug-addicted youth killed his parents and a son with an ax. The orgy of the young man did not stop here. After that he threw alive stitches (kund) to his second son. After killing the four, he himself committed suicide by jumping into a water ditch. As soon as the information of this incident was received, the ground slipped from under the feet of the people in the area. The police, who reached the spot on the information of the incident, were also stunned to see five bodies.

Superintendent of Police Anil Kayal said that the incident took place on Thursday night a day ago in Vishnoi ki Dhani of Peelwa village under Lohawat police station area. There, a total of five bodies were found lying in the field, house and water stitches. Preliminary investigation revealed that 38-year-old Shankar Vishnoi, a resident of Vishnoi Ki Dhani, lived on the farm with his parents. He was addicted to drugs. The family was upset because of his drug habit. Due to his drug habit, the family used to interrupt him often. Due to this he used to get angry with the family members.

Shankar committed suicide by going to the neighbor’s place
Shankar then put his dead body in a water tank. After that, he also killed his youngest son Dinesh, who was sleeping with his wife, by putting him in water. After killing the parents and both the sons, Shankar went to his maternal uncle’s residence in the neighbourhood. There he jumped into the water tank and committed suicide. When the people around came to know about this, they were stunned. He immediately informed the police.

The reason for the murder is yet to be revealed
After the incident, the police reached the spot and called the FSL team to collect evidence. After this the dead bodies were kept in the marchery of the hospital. At present, the police is involved in the investigation of the case. If sources are to be believed, the family of Shankar’s brother was also sleeping in their room during this entire incident. His room was locked from inside. Due to this his life was saved. Police is investigating this incident of murder and suicide from all angles.

Share
Facebook
Twitter
WhatsApp
Linkedin
Email
Telegram
Previous articleIf you want to avoid heart attack at the age of 35, then it is important to keep these things in mind
Next articleGlobal Health IPO: Medanta Hospital’s parent company IPO getting cool response, 49% subscribed in 2 days