‘I will quit politics if I prove my relationship with Shraddha case accused Aftab’, said Shahzad Poonawalla 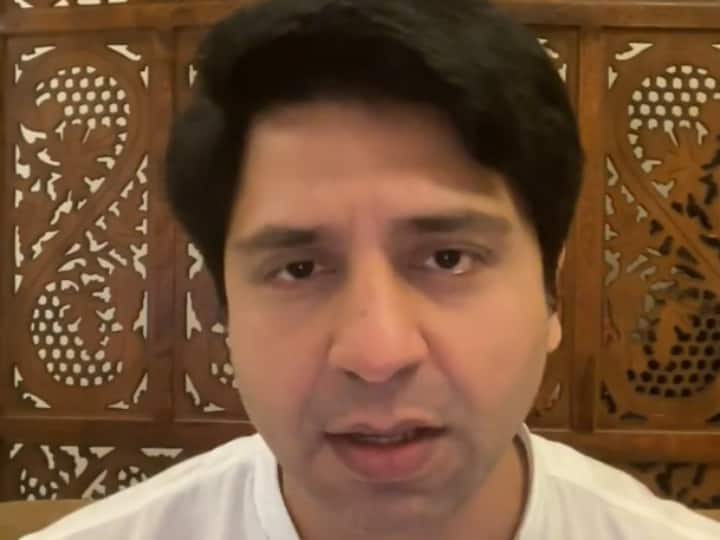 Shraddha Murder Case: Political rhetoric has also intensified after the murder of Shraddha Walker. Madhya Pradesh Home Minister Narottam Mishra accused Congress and AAP of maintaining silence, while on the other hand AAP leader Naresh Balyan questioned whether BJP’s Shahzad Poonawalla is somehow connected with Aftab, an accused in the case. Shahzad Poonawala has given a sharp reaction on this. Shahzad Poonawalla has said that if the Aam Aadmi Party proves within 24 hours that he is Aftab’s relative, he will leave politics.

The main accused in the Mehrauli murder case is Aftab Amin Poonawala, who is accused of killing his girlfriend Shraddha Walker and cutting her into 35 pieces.

Shahzad Poonawala sent a legal notice to Aam Aadmi Party leader Naresh Balyan on Tuesday (16 November). The AAP MLA tweeted on Tuesday (November 16), “If there is no connection between them, why is Shahzad Poonawalla running away?” Shahzad replied to the tweet and said that his lawyer would send a notice to the AAP leader for “baseless, careless and defamatory statements”.

Don’t be afraid of legal notice

The AAP leader said, “He is not afraid of legal notices and will raise his voice demanding justice for Shraddha.” In a fresh statement, the BJP leader said on Wednesday (November 17), “If the AAP leader proves within 24 hours that Shahzad Poonawala is related to Aftab, he will quit politics.” Shahzad said, “There are many people with the surname Poonawala.”

Many questions asked in the notice

In his legal notice sent to Naresh Baliyan, Shahzad said, “The tweet is false, frivolous and defamatory.” The notice states, “You have deliberately issued this tweet to defame Shahzad Poonawala.” It also says that Shahzad Poonawala is ready to give lie detector test that he has no relation with Aftab Poonawala.

My detailed statement on AAP & Naresh Balyan tweet
1) Civil & Criminal Legal proceedings initiated
2) If in 24 hours AAP provides evidence of “my rishta” with Aftab I will quit politics- IF NOT , ARVIND KEJRIWAL must resign
3) I am ready for LIE DETECTOR TEST- IS AK ready too? pic.twitter.com/udzEe27J8p

After the murder of Shraddha, there was a political uproar and Madhya Pradesh Home Minister Narottam Mishra accused the Congress and AAP of keeping silence. Narottam Mishra said, ‘Have you read any tweet or statement of Rahul Gandhi, Priyanka Gandhi, Kharge ji or Arvind Kejriwal.

Aftab Amin Poonawala was arrested for the murder of his live-in partner Shraddha Walker. It is believed that Shraddha had pressurized Aftab to get married. Both were dating for a long time and shifted from Maharashtra to Delhi this year. There was a fight between the two on May 18, after which Aftab killed Shraddha. Aftab’s confession revealed gruesome details of how he cut Shraddha’s body into 35 pieces and then stored them in the freezer so that he could dispose of the pieces one by one.