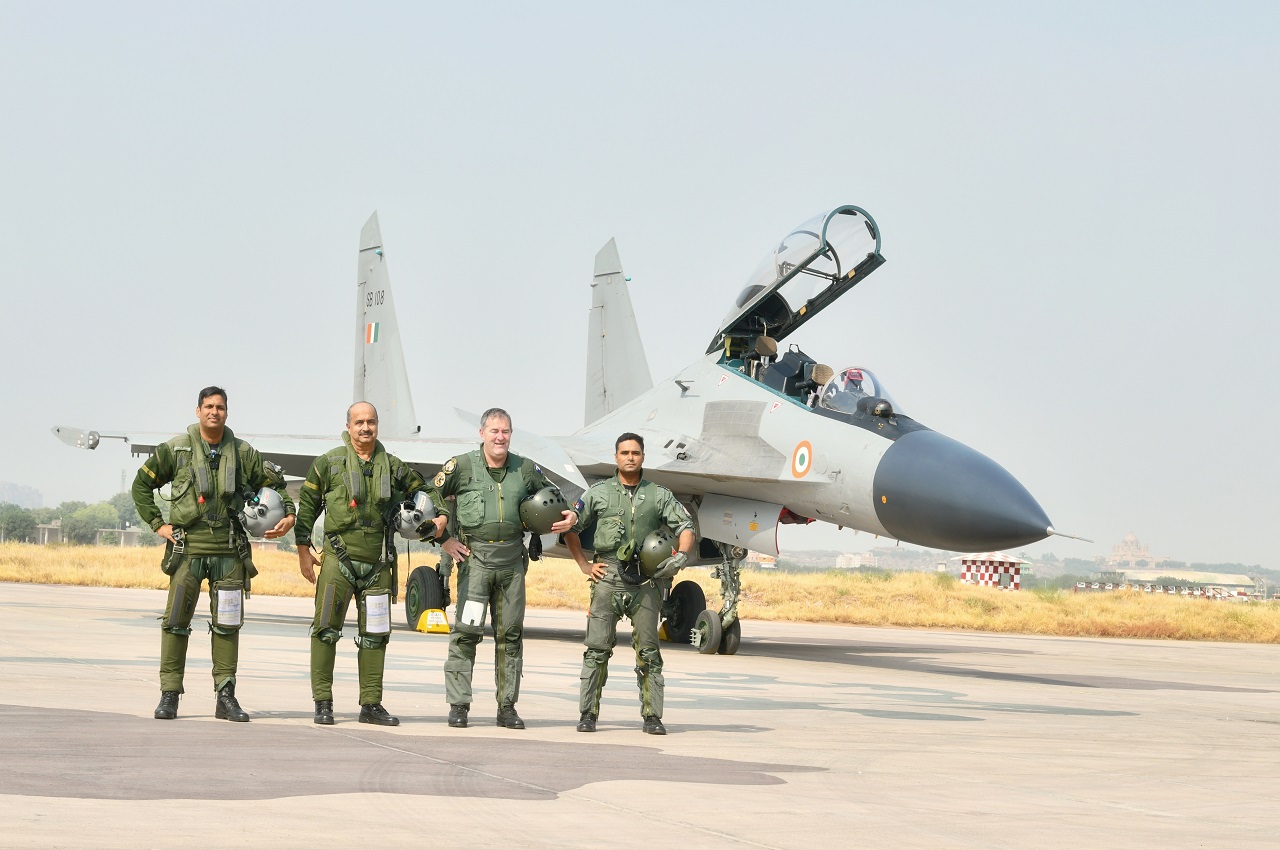 Later speaking to the media, accompanied by the French Air Force Chief, Choudhury explained that the former Garuda provides a unique opportunity to both the Air Forces to learn and assimilate each other’s best practices during operations.

He also highlighted the growing interoperability between the two Air Forces, which is evolving with each edition of the exercise, a regular bilateral exercise since 2003.

This is the first opportunity for the former Garuda VII LCA Tejas and the recently inducted LCH Prachanda to participate in an international exercise.

The Defense Ministry said that four FASF Rafale fighter aircraft and one A-330 Multi Role Tanker Transport (MRTT) aircraft are involved in the exercise, which ends on November 12.