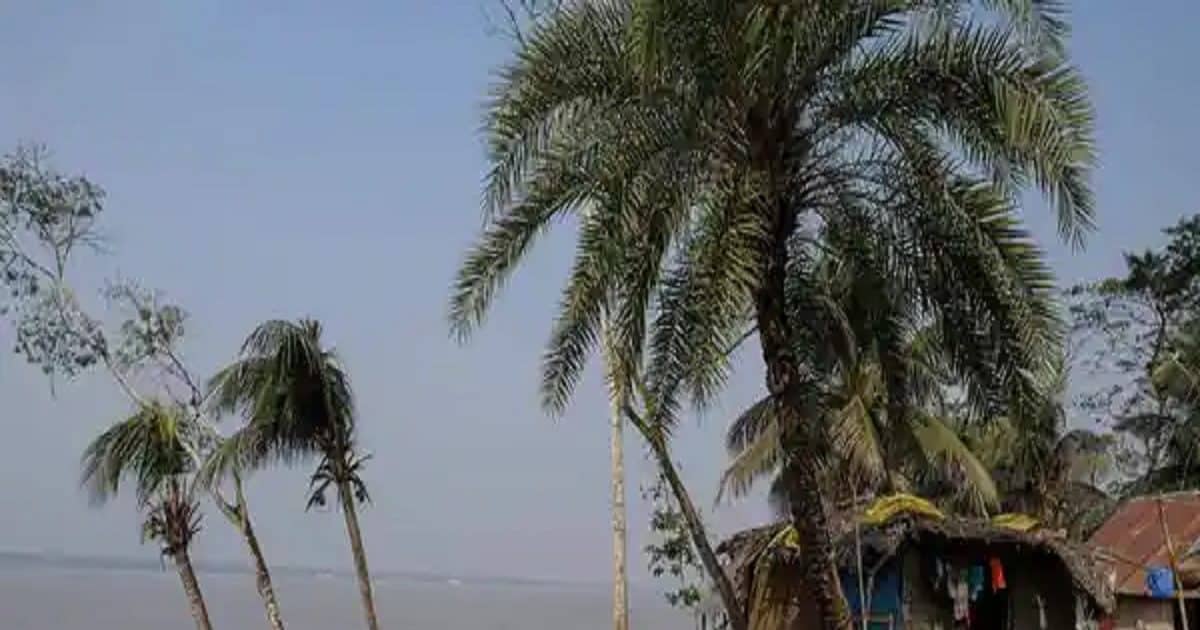 Leaves of police and officers canceled due to fear of cyclone

Kolkata. The depression over Andaman Sea is very likely to intensify into a cyclonic storm and reach West Bengal-Bangladesh coasts on October 25. Due to this, the wind can blow at a speed of 110 kilometers per hour. India Meteorological Department ‘IMD’ has shared information related to the storm on Friday.

Kolkata Meteorological Center Deputy Director General Sanjeev Bandopadhyay told reporters here, ‘South 24 Parganas on October 24’, the coastal districts of North 24 Parganas and East Medinipur will have wind speed of 45 to 55 kmph gusting to 65 kmph, while on October 25 the wind will blow. The speed will reach from 90 to 100 kmph to 110 kmph. He said that in Kolkata and adjoining Howrah and Hooghly districts, wind speed reaching 30 to 40 kmph gusting to 50 kmph would prevail. Bandopadhyay said ‘it will not be a severe cyclone and the further movement of the weather system will be updated by the IMD in due course’

The severe cyclone caused havoc in West Bengal in 2020

Officials said that the severe cyclone Amphan had wreaked havoc in the coastal districts of West Bengal in May 2020. The wind speed was 185 kilometers per hour. When it reached near Sunderbans. West Bengal Chief Secretary HK Dwivedi in a high-level meeting directed South 24 Parganas, North 24 Parganas, East Medinipur, Paschim Medinipur and Hooghly districts to take necessary precautions in view of the forecast.

Leaves of police and officers canceled due to cyclone
An official said that along with these districts, the leave of all senior officers of Kolkata Municipal Corporation ‘KMC’ and Kolkata Police have been cancelled. He said that control rooms would be opened in these districts of South Bengal and those living in low-lying areas would be shifted to safer places. 20 teams of State Disaster Response Force ‘SDRF’ and 15 teams of National Disaster Response Force ‘NDRF’ will be ready.

Preparations to deal with the impact of the storm in Kolkata Municipal Corporation
Kolkata Mayor Firhad Hakim said that his team is ready to face any situation. He said, ‘All community halls have been asked to keep open. We will start using the mic to alert people. All the pumping stations will be activated to remove the accumulated water. We are also preparing cyclone shelters.

Fire Department and NDRF team ready for emergency
Another official said people living in dilapidated buildings in Kolkata have been asked to vacate the houses. Odisha’s Revenue and Disaster Management Minister Pramila Malik said that all the district and coastal area officials have been directed to be prepared to deal with the emerging situation. There is a possibility of heavy rain as the weather system crosses parallel to the state’s coast on Monday. Malik said that the personnel of fire brigade, ODRAF and NDRF are ready for any emergency.

Odisha’s Special Relief Commissioner ‘SRC’ PK Jena appealed to the people not to panic as the cyclone is likely to remain 200 km off the state’s coast at Dhamra port in Bhadrak district of the state when it moves towards Bangladesh coast. Chances are. He said that the Odisha government is in touch with the NDRF, Indian Navy and Coast Guard in view of the forecast. Winds can move at a maximum speed of 50 to 60 kilometers per hour along the Odisha coast. When the weather system will run parallel to the state’s coast.

Likely to turn into a cyclonic storm over Bay of Bengal
The IMD said in its forecast that the depression over Andaman Sea is expected to move west, northwest and intensify into a deep depression on 23 October. The Meteorological Department said that the weather system is likely to move northwards later and intensify into a cyclonic storm over west central and adjoining east-central Bay of Bengal by October 24. After this, it is likely to move north-northeastwards and reach West Bengal Bangladesh coasts on October 25, the Meteorological Department said in its forecast.