In Agra, UP, a man crossed the limits of poverty, brutally beat his wife by tying her to a pole 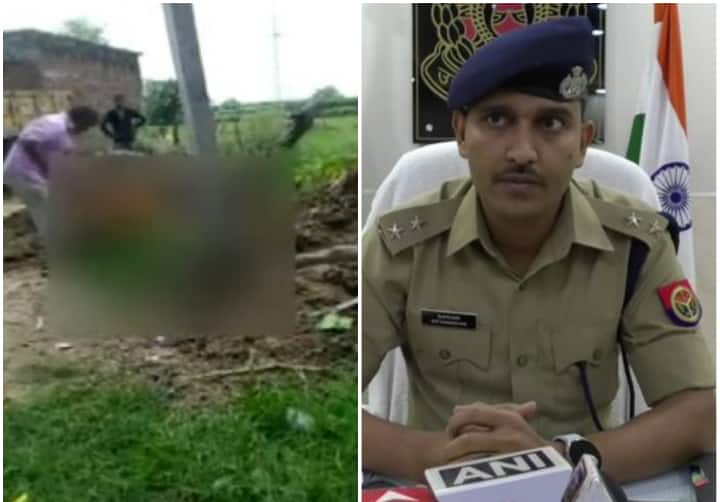 Husband Beat Wife in Agra: A heart-wrenching video from Agra, Uttar Pradesh is rapidly going viral on social media. In the video, a man is seen crossing the limits of cruelty. On which a case has also been registered at Sikandra police station in Agra. At the same time, the police investigation is going on in the matter.

Actually a video is becoming increasingly viral on social media. In the video, a man is seen brutally beating his wife. The man is seen tying his wife to a pole and beating her. During which his wife can be heard screaming.

#WATCH Uttar Pradesh: A husband tied his wife to a pole and beat her with a stick in Agra. The video of the incident went viral. (20.07) pic.twitter.com/ND9CbIo9dP

tied to a pole and beat up his wife

Police is investigating the matter

According to ASP Satya Narayan in Agra, ‘A video has gone viral in which a husband can be seen beating his wife. A case was registered in this regard in Sikandara on 14th July. Action is on in the matter. There was a raid in the house of the accused husband, but he is absconding.

Share
Facebook
Twitter
WhatsApp
Linkedin
Email
Telegram
Previous articleFear of global inflation increased, now inflation in Britain is at a 40-year high, interest rates increase
Next articleIndian Army’s big preparation on the border, will test from hand-held drones to Made in India drones

India-France: Do not cast a crooked eye on the border of the sea… will answer, India-France joined hands