In the important meeting of the UP cabinet, 22 out of 23 proposals were approved, molasses policy approved 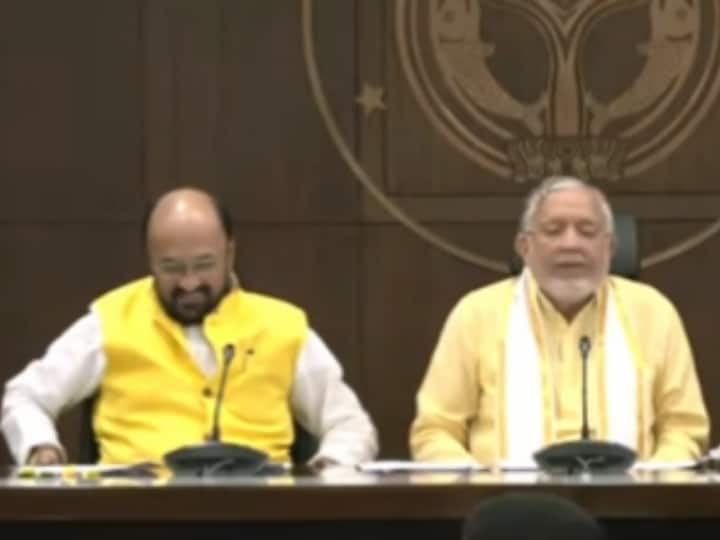 UP Cabinet: An important cabinet meeting was held in Uttar Pradesh on Thursday (November 3). A total of 23 proposals came in the meeting of the Council of Ministers and 22 were passed. The proposals which have been approved by the Yogi government included proposals like Education Department, Saryu Canal National Project, Uttar Pradesh Information Technology and Startup Plan.

Three ministers of the state government were involved in the meeting held at Lucknow Lok Bhawan. These include Yogendra Upadhyay, Minister of Higher Education, Science and Technology, Nand Gopal Gupta “Nandi” Industrial Development Minister and Suresh Khanna, Minister of Finance and Parliamentary Affairs.

regarding the provision of land

A decision was taken to provide land to the Irrigation Department for the construction of a canal related to the Saryu Canal National Project in Siddharthnagar district. Apart from this, approval was received regarding giving 160.7608 hectares of non-forest land in lieu of 127.1637 hectares of forest land required for canal systems under Kanhar Irrigation Project.

Decision was taken on the project related to the proposed integrated divisional level divisional commissioner office complex in Varanasi district. An amendment was made in the mandate of the Revenue Department to replace the land of Varanasi Revenue Department at the place of Housing and City Planning Department, Government of Uttar Pradesh without any value.

Under the Uttar Pradesh Information Technology and Startup Plan 2017, the period for starting commercial operations has been linked to the facility. A decision was also taken regarding the approval of financial incentives to the investors. Amendments were made in the Uttar Pradesh Startup Plan 2020 notified by the government and the Industrial Investment and Employment Promotion Plan- 2022 was stamped.

Other decisions on which the approval of the government was received

Decisions were taken regarding the reorganization of the police commissioner system. There will be only one Director General of Secondary and Basic Education. Earlier both the departments had separate directors. Amendments were made in the Uttar Pradesh Data Center Plan-2021 notified by Uttar Pradesh. The molasses policy was approved in the state. 12 police stations of Varanasi have been included in the commissionerate system.