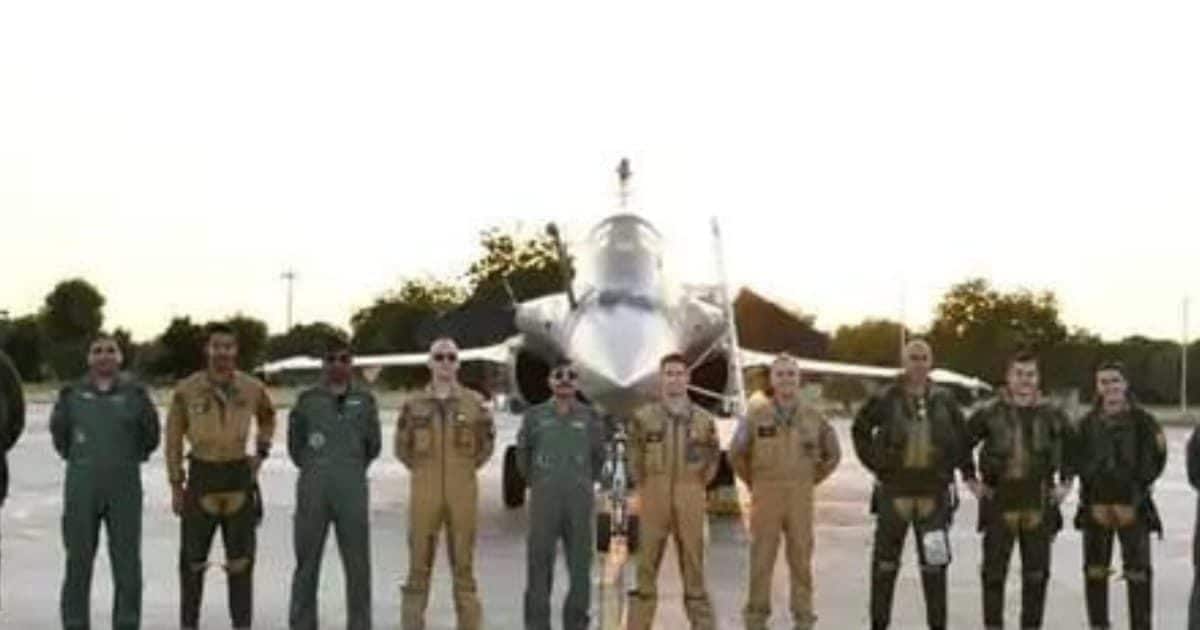 Jodhpur. The joint exercise Garud VII of the Air Force of India and France has started in Suryanagari Jodhpur. A contingent of 220 French soldiers has reached Jodhpur with four Rafale fighter jets and multi-role tanker transport. On the other hand, apart from Rafale, Sukhoi, Tejas and Jaguar fighter jets from the Indian Air Force, LCH has been launched in this exercise. This exercise between the Air Force of both the countries of India and France will continue till November 12. During this, the Air Force of both the countries will share their experiences with each other.

India is participating with AF Su-30 MKI, Rafale, LCA Tejas and Jaguar fighter aircraft as well as Light Combat Helicopters (LCH) and Mi-17 helicopters in the Air Force’s seventh joint exercise Garuda. The IAF contingent will also include combat capable assets such as flight refueling aircraft, AWACS and AEW&C. In this joint exercise, the Air Force personnel of both the countries will share new technologies with each other.

Maneuvers held in India and France three times
Earlier, six maneuvers have been conducted efficiently between the two countries. This is the seventh edition of the bilateral exercise. Earlier, there have been six maneuvers in the form of odd-even. They started in India itself in 2003. Thus the first, third and fifth editions were conducted in India at Air Force Stations Gwalior, Kalaikunda and Jodhpur in 2003, 2006 and 2014 respectively. On the other hand in France the second, fourth and sixth editions were held in the year 2005, 2010 and 2019. This time it is India’s turn again.

Both countries will share best fighting skills
This joint exercise between India and France Air Force will provide a great platform for both the countries to share best combat skills as well as enhance operational capability. The participation of the Indian Air Force and FASF in this exercise will promote professional interaction, exchange of experiences and increase in operational knowledge, besides strengthening the bilateral ties between the two countries.