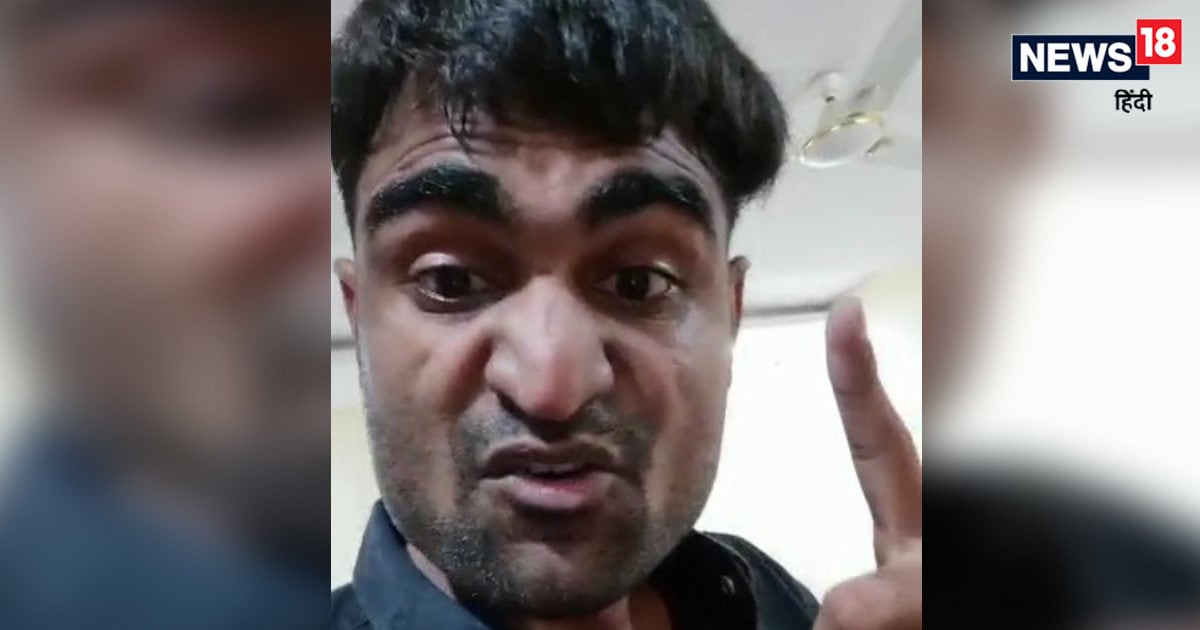 The young man killed the girl 10 days ago

The accused was changing the location every 12 hours

37 serious cases are registered against the accused youth

Jabalpur. The police has disclosed the case of the murder of a girl (Jabalpur Mekhla Resort Murder Case) that happened 10 days ago at Mekhla resort in Jabalpur, Madhya Pradesh. Police has arrested the accused from Rajasthan. The accused was repeatedly changing his location. Due to this he was not coming in the hands of the police. Now the Madhya Pradesh Police has arrested him from Ajmer in Rajasthan. The accused was repeatedly withdrawing money using the ATM of the deceased. Because of that the police was able to trace his location. The name and address of the accused have also been found to be fake. The real reasons for the murder have not been revealed at the moment. But the police is prima facie considering infidelity in the love affair as the reason for the murder. The police is engaged in questioning the accused.

Jabalpur IG disclosed this whole matter by holding a press conference on Saturday. The IG told that the real name of the accused is Hemant Bhadode. While the police was searching for him in the name of Abhijeet Patidar. He is a habitual criminal. He has committed many serious crimes even before this massacre. He had absconded 10 days ago after killing a girl at Mekhla resort in Jabalpur. After killing the girl, the accused made a video viral on social media to mislead the police.

from your city (Jabalpur)

37 criminal cases including cheating are registered against the accused
After killing the girl, Hemant reached Raipur, Nagpur, Chandigarh and then reached Ajmer in Rajasthan. He was changing his location every 12 hours. That is why it took time for the police to reach the accused. The police is trying to find out the reason behind the murder from him. There are 37 criminal cases registered against the accused including cheating. But the real reasons for the murder have not been revealed yet. Jabalpur SP Siddharth Bahuguna told that this whole case was a big challenge for the police. Infidelity seems to be the main reason behind the murder. Now more new revelations are expected after questioning the accused.