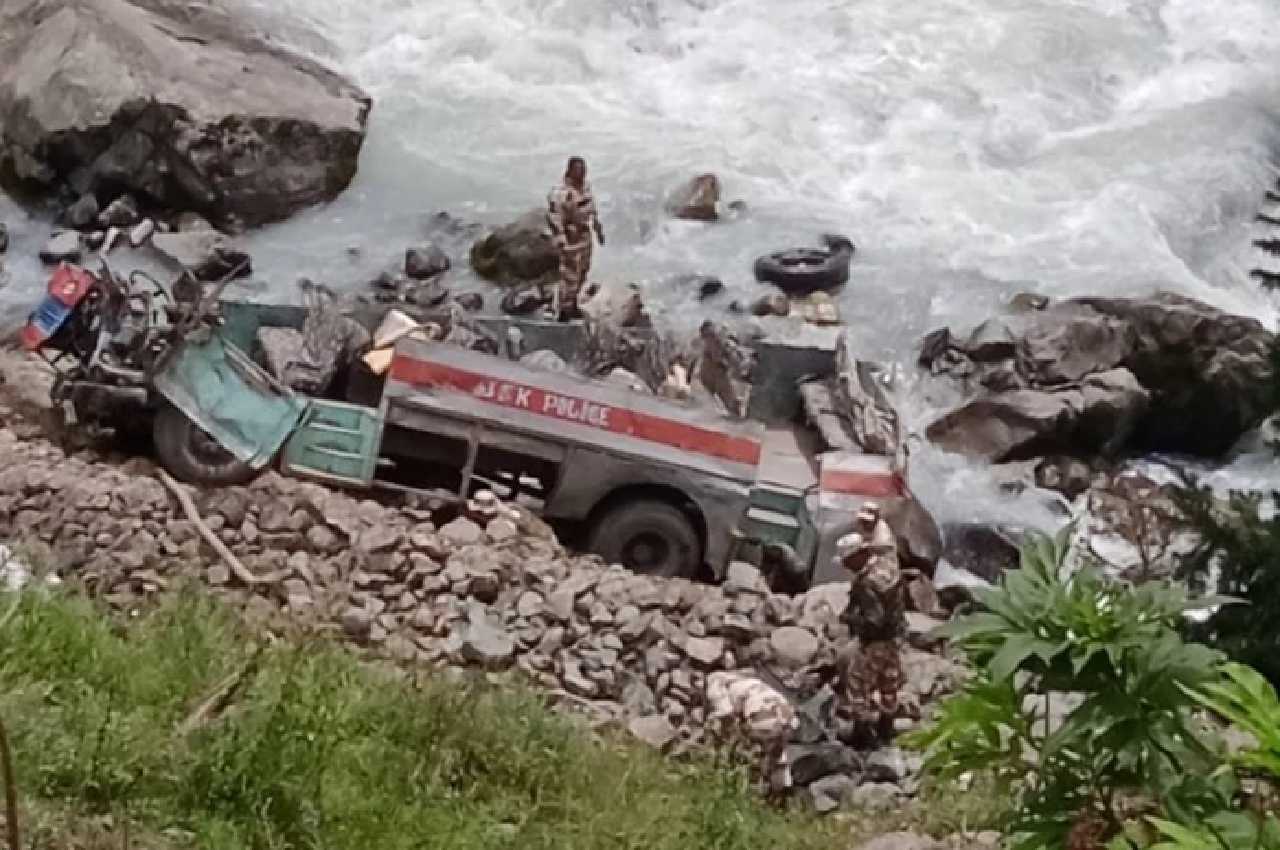 Asif Suhaf, Pahalgam: A major accident has happened in Chandanwadi of Pahalgam, Jammu and Kashmir. An Indo-Tibetan Border Police (ITBP) bus rammed into a gorge, killing six jawans and injuring several others, who were taken to Army Hospital Srinagar for treatment. According to reports, there were 39 jawans in the bus. Many soldiers are believed to have been killed or injured in this accident. At present the rescue operation is going on.

A civil bus carrying 39 personnel (37 of ITBP and 2 of J&K Police) fell on the bank of a roadside river after its brakes failed. The soldiers were going from Chandanwadi towards Pahalgam. Casualties are likely. More details awaited: Indo-Tibetan Border Police (ITBP) https://t.co/gpvCAN2aX3

The bus was going from Chandanwadi to Pahalgam when the bus fell into the ditch. According to reports, the brakes of the bus failed, due to which the bus lost control and became a victim of the accident.

According to the information, 37 personnel of ITBP and 2 personnel of Jammu and Kashmir Police are included in 39 jawans. The bus carrying all of them fell into the river on the side of the road due to failure of brakes. According to reports, all the jawans were going from Chandanwadi towards Pahalgam. Soldiers were deployed in the area in preparation for the Amarnath Yatra.

Share
Facebook
Twitter
WhatsApp
Linkedin
Email
Telegram
Previous articleMan made his own High Speed ​​Fiber Internet, the government gave a hefty amount of 21 crores
Next articleRecruitment for the posts of SI in Punjab Police, apply from this website for 560 vacancies