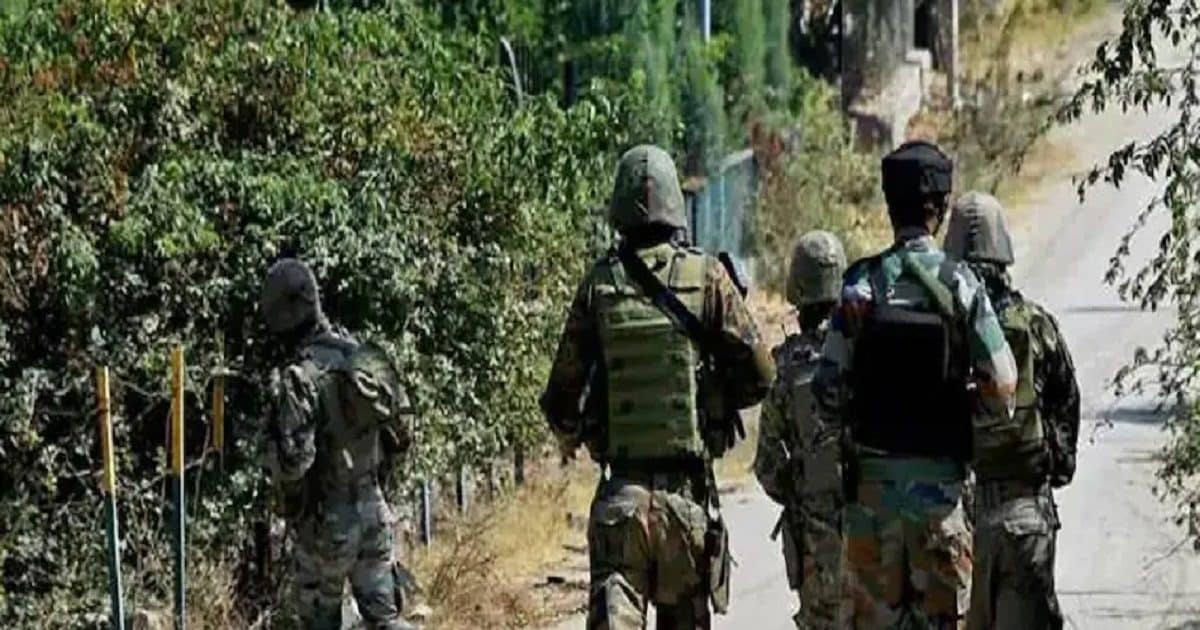 So far 1 Pakistani terrorist has been killed

New Delhi. The Army has foiled a major infiltration plot by Pakistani terrorists in the Keran sector of Kupwara district in Jammu and Kashmir. A Pakistani terrorist has been killed in this operation. The operation is going on by the army. Earlier on Monday morning, two terrorists were arrested by security forces from Balapora in Shopian district. Arms and ammunition were recovered from both of them.

On the other hand, the Jammu and Kashmir Police on Sunday claimed to have busted a terror module, which was being operated from Europe. The police arrested two of its members involved in the dropping of a consignment of weapons and explosives from the Pakistani side in Jammu with the help of drones.

Chander Bose of Doda and Shamsher Singh of Camp Gole Gujral, Jammu were apprehended during the investigation of a drone drop in Baspur Bangla area along the International Border (IB) at RS Pura. Officials said that four pistols, eight magazines and 47 bullets were recovered from them.

Additional Director General of Police (ADGP) Mukesh Singh said that during interrogation, Bose revealed that he was acting on Singh’s behest.

Officials said that during interrogation of both, it was found that the operator of the terrorist module is in Europe. “Both (Bose and Singh) were in touch with an overground worker (OGW) named Balwinder, who hails from Jammu and is now settled in Europe,” Singh said.

He said that the arrested accused and OGW are working for a banned terrorist organization. “Balwinder was coordinating both with the accused in India and with the arms consignment operators in Pakistan,” he said.

Share
Facebook
Twitter
WhatsApp
Linkedin
Email
Telegram
Previous articleInvesting in midcap mutual funds for huge returns? Of course do, but keep these things in mind
Next articleWhat is phishing and how can you protect yourself with these 6 ways?