Judo and Karate training is being given to soldiers posted on LAC, skills are being taught to deal with Chinese soldiers 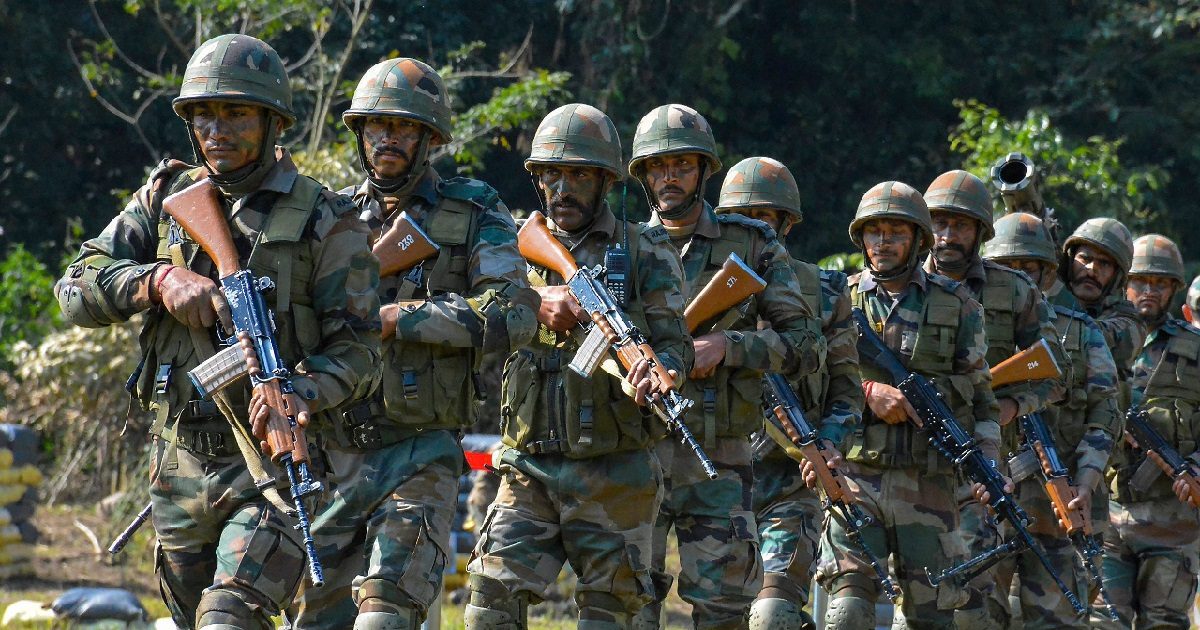 20 soldiers were martyred in a skirmish with Chinese soldiers in Glawan.

Bhanu. The Indo-Tibetan Border Police (ITBP), deployed along the Line of Actual Control (LAC) with China, should train its personnel in new disarmed ‘offensive’ warfare techniques to gain better skills in dealing with hostile situations like the Galwan Valley skirmish in 2020. has been. In the skirmishes in Galvan Valley, soldiers of the People’s Liberation Army (PLA) of China attacked Indian soldiers with sharp weapons. ITBP’s training consists of 15-20 different maneuvers of different techniques of ‘martial arts’ such as Judo, Karate and Krav Maga.

ITBP trainers are giving training
Experienced trainers of ITBP are giving this training which lasts for about three months. ITBP Inspector General Ishwar Singh Duhan told ‘PTI-Bhasha’, ‘The new disarmed warfare technology includes both defensive and offensive forms. We adopted this module for our personnel last year on the instructions of former Director General Sanjay Arora. These fighting skills will stop the opponents and make them incapacitated.

20 soldiers of India were martyred
Duhan heads the Basic Training Center (BTC) located at Bhanu, about 25 km from Chandigarh. China used stones, pointed rods, iron rods and a type of stick ‘Club’ to launch barbaric attacks on Indian soldiers. Indian soldiers protested the establishment of a post by China on the Indian side of the LAC in Galwan (Ladakh) in June 2020. In these clashes, 20 Indian soldiers were martyred, while China accepted the death of four of its soldiers.

No soldier posted for more than 90 days
A senior official supervising the training here said that in disarmed warfare techniques, soldiers are trained to use their strength in such a way that the opponents get a befitting reply. Duhan said, ‘We have made a plan in which no soldier will be deployed on the border and at high altitudes for more than 90 days. Such arrangements have been made so that timely transfer of troops from border posts can be done.

rules are being implemented seriously
He said that it is not that these measures and instructions were not there earlier, but now we are implementing these things seriously because the border is very active now. Officials said the ITBP studied several scientific parameters and received information from DRDO’s Defense Institute of Applied Sciences (DIPAS) on how long-term deployment of troops can cause “irreparable damage” to the human body.

India-China standoff continues for 29 months
He said that in view of this, it has been decided that there is a need to exchange the troops deployed at high altitude during a period of three months. It is noteworthy that there has been a standoff between India and China on Eastern Ladakh for 29 months. A standoff broke out between the two countries on the eastern Ladakh border on May 5, 2020, after a violent clash in the Pangong Lake area.

Share
Facebook
Twitter
WhatsApp
Linkedin
Email
Telegram
Previous articlePAK vs NED: Pakistan’s sweat even after scoring 92 runs, yet captain Babar is happy; also explained the reason
Next articleIs Dhoni or Yuvraj, everyone is left behind Kohli, the first Indian to create history in T20 World Cup