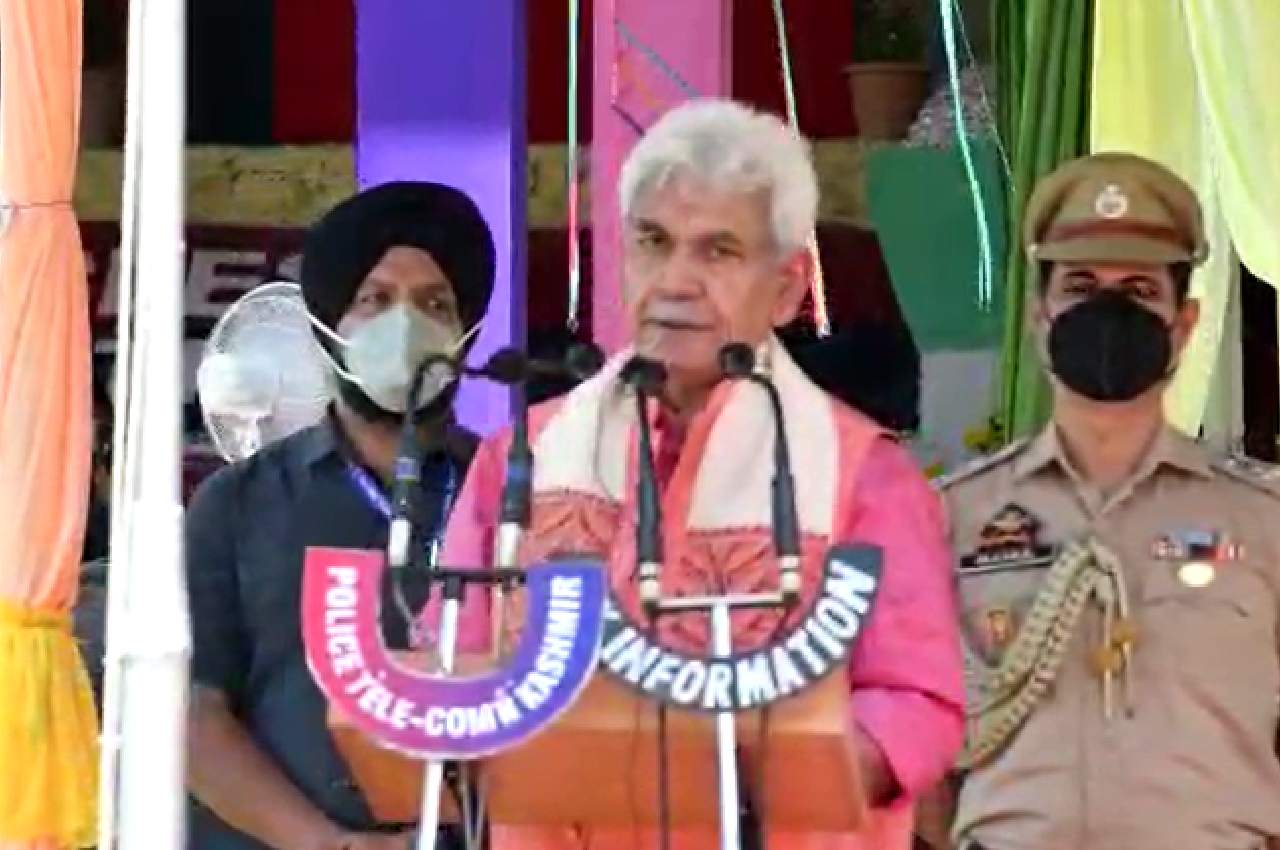 Jammu (Jammu and Kashmir): Jammu and Kashmir Lieutenant General Manoj Sinha on Friday warned of surveillance of those attempting to “endanger communal harmony” in the Union Territory.

“We are keeping a watch on the elements trying to jeopardize the communal harmony. Some people justify killings of innocent civilians because of their selfishness,” said LG Sinha while participating in an event on the Police Commemoration Day.

“If anyone endangers the integrity of the country by his statements or acts, action will be taken against him within the ambit of law,” LG Sinha said.

He also paid tribute to the martyrs at the Armed Police Complex in Zewan.

This comes in response to the statement of J&K National Conference leader Farooq Abdullah, who alleged that the incidents of targeted killings by terrorists in J&K are not going to stop “until justice is served”.

“It will not stop till justice is served. Earlier they used to say that such killings are happening because of Article 370, but now it has been repealed, so why did such killings not stop? who is responsible?” National Conference’s Farooq Abdullah said this on October 17.

Navy Day: Navy Day was celebrated away from the capital for the first time, President Draupadi Murmu attended

‘For me there used to be 24 hours of wah-wah’, why did Rahul Gandhi say this during Bharat Jodo Yatra?