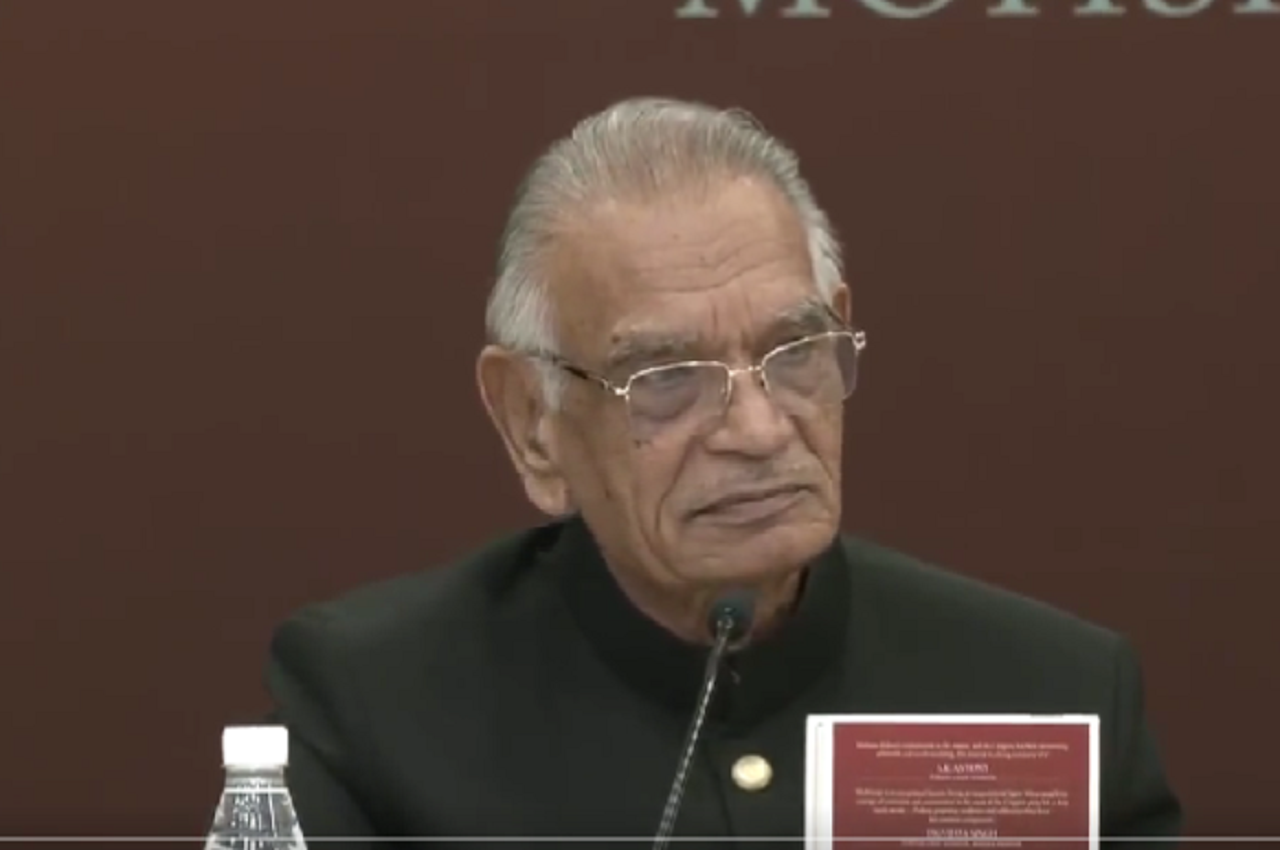 The former minister said: ,There is a lot of discussion of Jihad in Islam… Even after all efforts, if one does not understand clearly, then power can be used, it is also mentioned in the Quran and Gita… Shri Krishna taught the lesson of Jihad to Arjuna in Gita in Mahabharata of.”

After the statement, the Congress leader also said that the same text is mentioned in the holy books of Christianity.

Patil made this statement when he was attending the launch of the biography of Congress veteran and former Union Minister Mohsina Kidwai. Congress MPs Shashi Tharoor, Sushilkumar Shinde and Mani Shankar Aiyar were also present during the program.

#watch , It is said that there is a lot of discussion of Jihad in Islam… Even after all efforts, if one does not understand clearly, then power can be used, it is mentioned in the Quran and Gita… Shri Krishna told Arjuna about Jihad Lessons taught. Gita in Mahabharata: S Patil, former HM pic.twitter.com/iUvncFEoYB

BJP’s national spokesperson Shahzad Poonawalla did not delay in responding to Patil’s claims. In a self-posted video on Twitter, Poonawalla said the Congress has crossed all limits for its vote-bank politics.

The BJP leader also quoted that it is the same party which had questioned the existence of Lord Ram and had also submitted an affidavit regarding it.

Share
Facebook
Twitter
WhatsApp
Linkedin
Email
Telegram
Previous articlePHOTOS: Shruti Haasan has now reached Hollywood; The happiness of the actress was not happy after getting work with this English star
Next articleThe ‘rider’ is a profitable deal in the insurance policy, know how the big relief is available at the time of claim?