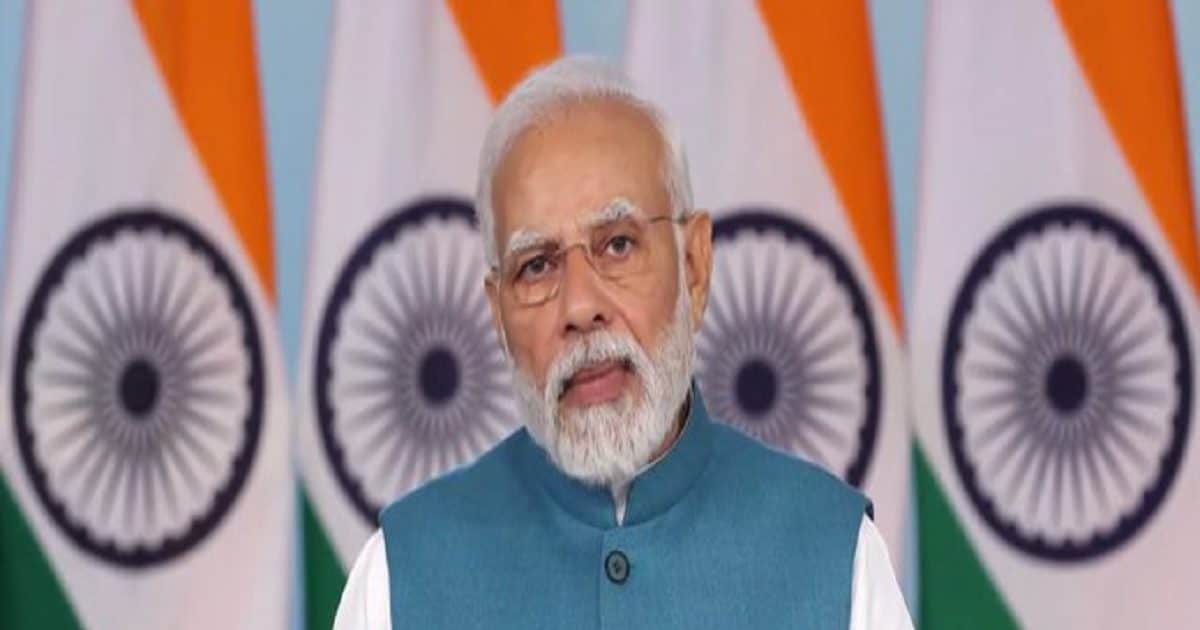 In the beginning of his address, PM Modi said that there is an atmosphere of celebration in the country today. Many festivals including Onam, Dussehra, Durga Puja and Deepawali have been celebrated by the countrymen with peace and harmony. Now there are many other festivals including Chhath Puja. The strengthening of the unity of the country in these festivals, amidst various challenges, is also a reflection of your preparedness.

PM Narendra Modi said that the next 25 years will be for the creation of ‘Amrit Generation’. This nectar generation will be created by imbibing the resolutions of ‘Panch Prana’. You all know and understand very well the importance of these five souls. This is a huge resolution, which can be proved only and only by the efforts of everyone.

Police also need to change the perception
Addressing the Chintan Shivir of Home Ministers, PM Modi said that when the strength of the country will increase, then the power of every citizen, every family of the country will increase. This is good governance, the benefit of which is to reach every state of the country to the person standing in the last row of the society. It is very important for the entire law and order system to be reliable, what is their perception among the public. He further said that today there is so much respect for the NDRF in the minds of the countrymen. As soon as the NDRF-SDP team reaches at the time of disaster, people feel satisfied that now the expert team has reached, now they will do their work. As soon as the police reach any place of crime, there is a feeling among the people that the government has reached. Even during the Corona period, we have seen how the credibility of the police was improved.

Actually, the Home Ministers of all the states have participated in this contemplation camp organized in Surajkund. Not only this, the Home Secretaries of the States, Director Generals of Police, Central Armed Police Forces and Director Generals of Central Police Organizations are also a part of this conference. In most of the states, the Home Department is with the Chief Ministers of the states. Officials said the purpose of this ‘Chintan Shivir’ is to prepare a blueprint for implementing ‘Vision 2047’ and ‘Panch Prana’, which were announced by the Prime Minister on Independence Day from the ramparts of the Red Fort.

which issues are discussed today
According to officials, the ‘Chintan Shivir’ includes development of an ecosystem for management of cyber crimes, modernization of police forces, increased use of information technology in the criminal justice system, women security, coastal security, land border management and other internal security. The issues will be discussed. The role of ‘Nari Shakti’ is crucial to achieve the goal of ‘Developed India by 2047’ and special emphasis will be laid on women’s safety and creating a safe environment for them, the official said.

What is the purpose of the conference
The objective of the conference is also to facilitate national policy making and better planning and coordination in the above areas. Another official said that in the ‘Chintan Shivir’, various topics will be discussed in six sessions. On the first day of the camp, many important issues like home guard, civil defence, fire protection and enemy property were discussed. On the second day, other important issues like cyber security, drug trafficking, women security and border management will be discussed.

Share
Facebook
Twitter
WhatsApp
Linkedin
Email
Telegram
Previous articleT20 World Cup Semi Final: 2 defeats and India… can Pakistan still reach the semi-finals? Know the condition of other teams also
Next articleAlarm bells for Indian IT sector! US tech companies’ weak results, IT budget reduced, know what will be the effect?