Magahi Paan: The scope of cultivation of Magahi betel is shrinking, trouble for farmers who become middlemen, know the whole matter 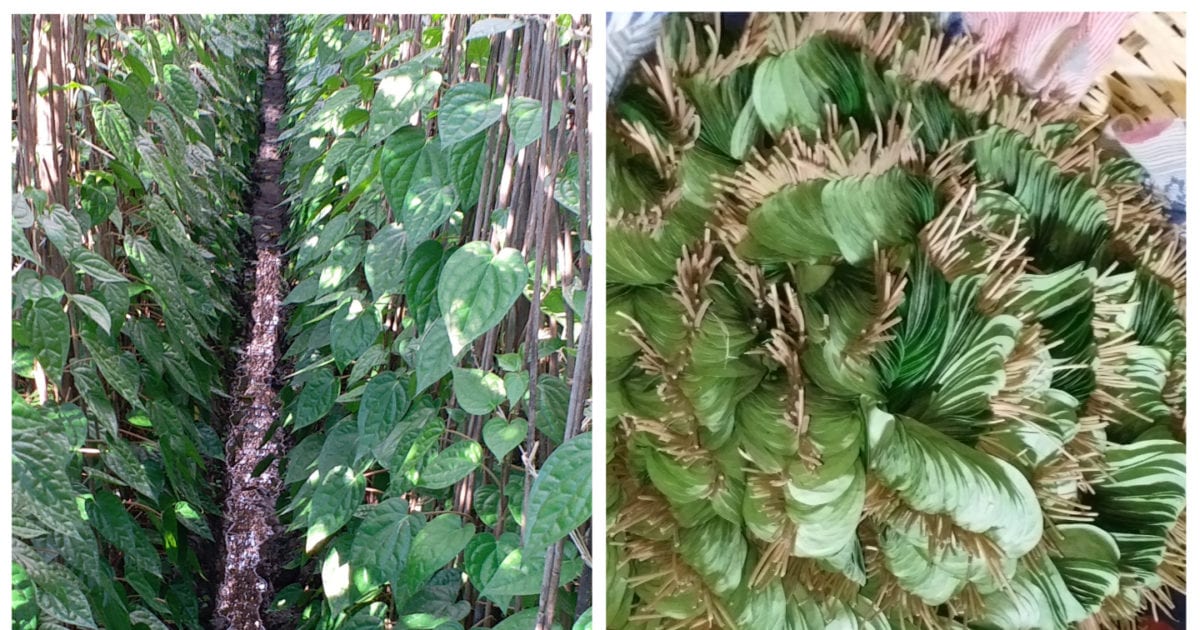 Magahi Paan: The fans of Banarasi paan range from former PM Pandit Jawaharlal Nehru and Bharat Ratna Atal Bihari Bajpayee to the current PM Narendra Modi. On his arrival in Banaras in June this year, PM Narendra Modi had eaten paan from a shop in the city after a roadshow. Bollywood actors also keep eating paan here regularly. Apart from this, Banarasi paan is also discussed in films. However, the paan on which the grocers of Banaras wrap the zarda or gulkand prepared in the homes, that paan is produced in the fields of Magadha region of Bihar. Here it is called Magahi betel leaf, which is processed and given the name of Banarasi paan.

On the contrary, the farmers of Magadha region are getting away from the cultivation of this betel. The reason is that due to the dominance of the middleman system, farmers are not getting full profits from betel cultivation. This is the reason that the scope of betel cultivation is now decreasing.

Magahi betel cultivation is shrinking
Magahi betel is cultivated in Gaya, Nawada, Aurangabad and Nalanda of Magadha region. Talking about Gaya district, about 200 farmers are associated with Magahi betel cultivation. The farmers of Gurua, Amas, Guraru and Wazirganj block areas of the district do this cultivation. Although there was a time when betel was cultivated in about 25 to 30 acres in the district, but due to high cost and hard work in betel, farmers are now moving away from this cultivation and this area has come down to 10 to 15 acres. Whereas earlier 600 to 700 farmers were associated with this farming, but now the figure has been reduced to 200 farmers.

In Gaya, outside farmers take up the subsidy by cultivating betel leaves
Munna Kumar Chaurasia, Ashok Chaurasia, Sudarshan Chaurasia, Rekha Devi, Ranjit Chaurasia and Ajay Kumar Chaurasia, farmers of Karahi village of Gurua block area of ​​the district, associated with traditional cultivation of betel, told News18 Local that the cost of cultivation of betel is high. and profits are decreasing. The cultivation of betel is inherited, so it cannot be abandoned. The government should pay attention to the farmers cultivating betel leaves. The farmers say that he is a farmer of Gaya district and cultivates betel leaves here. Subsidy is not available in betel cultivation. Whereas people from other districts come and do farming here and go away with the benefit of subsidy. This is a dual policy of the government. It should be investigated and subsidy should be arranged for the farmers of the district.

middlemen dominate the paan market
The farmers who cultivate betel told that another government says that they are taking all possible steps to double the income of the farmers, but even today the income of the farmers cultivating betel in Magadha region of Bihar is not increasing. Is. In this farming, the cost is high and the profit is getting less. The cost of betel cultivation is about 40 thousand per bag, but in case of damage, the government gives only 1500 rupees per bag. Many other reasons are coming out behind the loss to the farmers. In which mainly due to lack of betel market at the local level, middlemen of other states are buying paan from here at a low rate. While he is making profit by processing this paan and giving it a different name. The paan which people call Banarasi paan in Banaras is not Banarasi paan but Magahi paan. Magahi paan is processed and given the name of Banarasi paan.

Share
Facebook
Twitter
WhatsApp
Linkedin
Email
Telegram
Previous articleParking facility will be available soon at Darbhanga airport, bid for parking space for 16 lakhs
Next articleG20 meeting will be held in these states of India, trying to promote national heritage