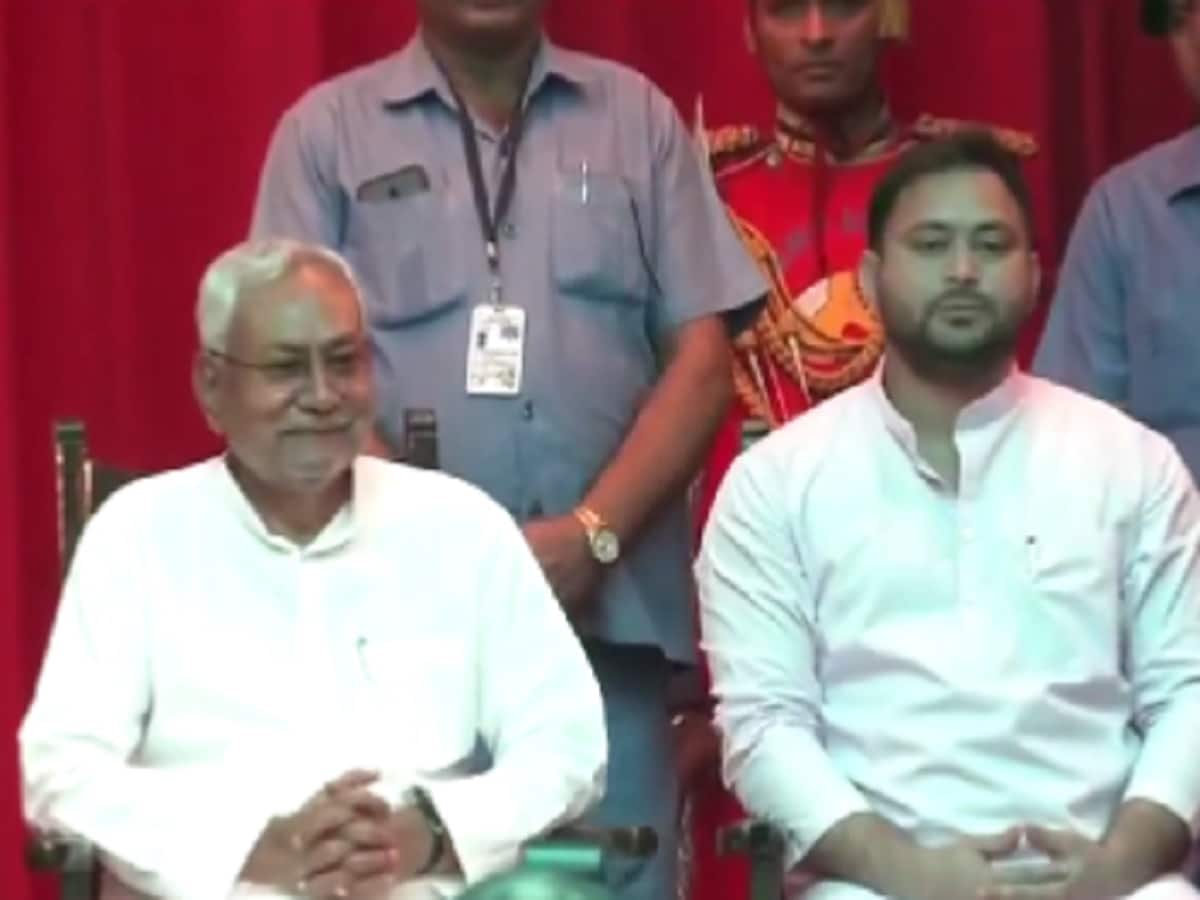 Patna. In the cabinet expansion of the Mahagathbandhan government formed after the change of power in Bihar, a total of 31 MLAs will take oath as ministers on Tuesday. Governor Fagu Chauhan will administer the oath of office and secrecy to all these people at 11.30 am. The MLAs who are to be sworn in as ministers received a call one by one from the Raj Bhavan late on Monday evening.

According to the formula that has been decided between Chief Minister Nitish Kumar and Deputy Chief Minister Tejashwi Yadav regarding the cabinet, 15 of Rashtriya Janata Dal (RJD), 12 of Janata Dal United (JDU), two of Congress, one more from Hindustani Awam Morcha (Hum). An independent MLA will take oath as a minister. At the same time, the post of Speaker of the Assembly will go to the account of RJD. RJD leader Awadh Bihari Chaudhary will be the new speaker of Bihar Legislative Assembly.

According to the information received from the sources, CM Nitish Kumar has again given a chance to all his old people who were ministers in the previous government. The names of the ministers who will take oath from JDU quota are Vijay Chaudhary, Vijendra Yadav, Ashok Chaudhary, Shravan Kumar, Sanjay Jha, Lacey Singh, Zaman Khan, Jayant Raj, Sunil Kumar, Madan Sahni, Sheela Mandal. At the same time, two Congress MLAs have also received a call from Raj Bhavan for oath taking, their names are – MLA from Kasba, Mohd. Afaq Alam and Chenari MLA Murari Gautam. Apart from this, Santosh Kumar Suman of Hum has also received a call from Raj Bhavan. Sumit Singh, an independent MLA supporting Nitish Kumar, has also received a call from the Raj Bhavan.

Five MLAs of RJD, the largest constituent in the Grand Alliance government, have received a call from the Raj Bhavan for swearing-in. Their names are Anita Devi, Alok Kumar Mehta, Kumar Sarvjeet, Sameer Kumar Mahaseth and left AIMIM and joined RJD recently. Shahnawaz.

Sources also said that after the swearing-in, ministers will be allotted their portfolios on Tuesday itself. Most of the ministers who take oath from JDU quota will be given their old portfolios. Preparation for this has been completed in all the departments of the Secretariat. Principal secretaries, secretaries and directors of all departments have made preparations to welcome the ministers.

Share
Facebook
Twitter
WhatsApp
Linkedin
Email
Telegram
Previous articleSheriff: The woman drove into the church on purpose – Latest US News Hub
Next articleBengals’ Burrow Is Practicing, Should Be Ready for Opener