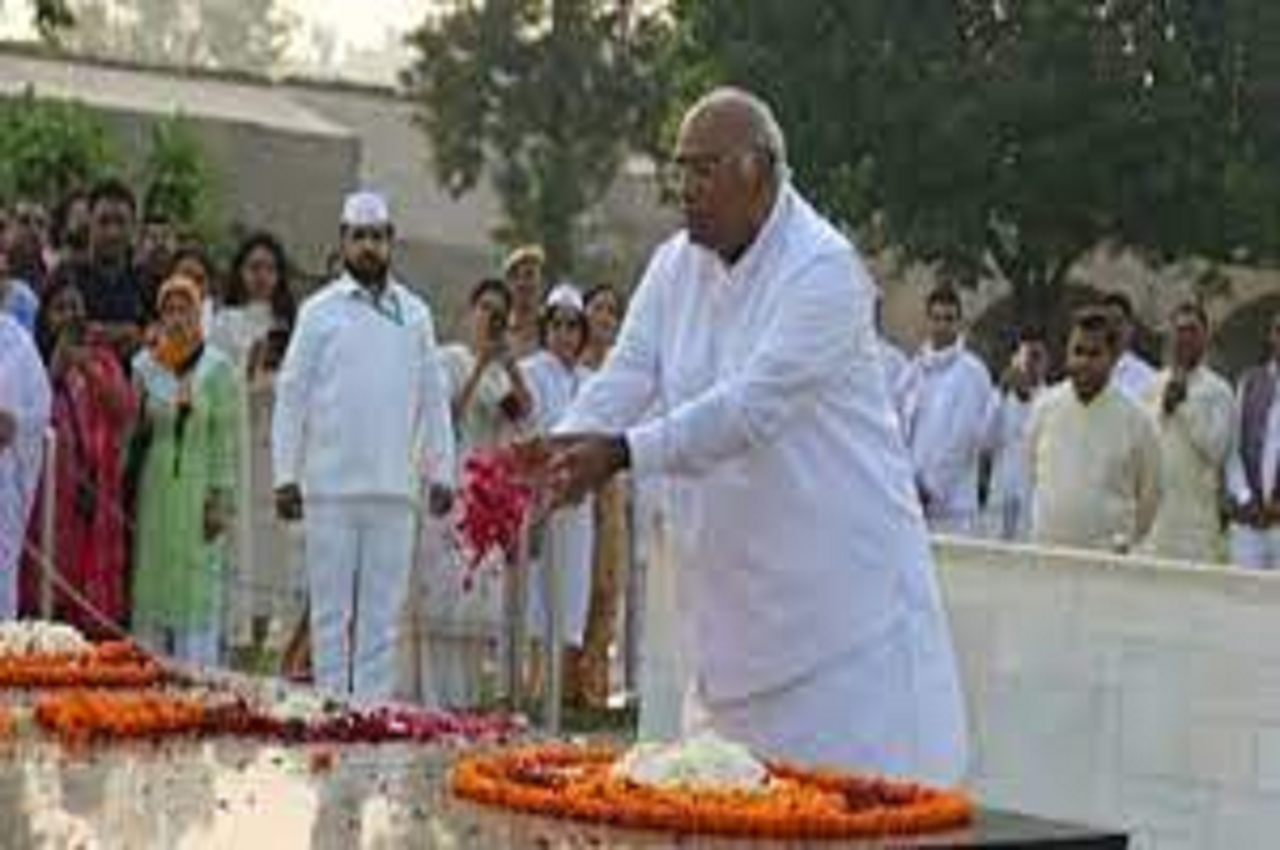 Kharge paid floral tributes to former leaders Jawaharlal Nehru and Indira Gandhi at Shanti Van and Shakti Sthal respectively. Later at a function at the Congress headquarters here, the veteran leader will assume the leadership as the President of the All India Congress Committee (AICC). Kharge will receive election certificate from Sonia Gandhi on the occasion.

Kharge will take over as the National President of Congress Party today. pic.twitter.com/nq8MT5KJHD

Kharge will be the first non-Nehru-Gandhi family member to lead the Congress in 24 years.

Preparations are underway for Kharge’s swearing-in ceremony at the Congress’s main office.

All the above parties have been invited by the General Secretary of the organization KC Venugopal.

Chhattisgarh Chief Minister Bhupesh Baghel had indicated that he would also attend the occasion. “In his new role as the National President of the Congress party, Mallikarjun Kharge will take over the reins. I have also been requested to join the programme. I am going to Delhi, so” in Raipur, he spoke.

After 24 years, Kharge became the first non-Gandhi to hold the position, overtaking Shashi Tharoor in the competition for the party’s top post.

In a statement to the media after his victory, Kharge claimed that during the country’s 75-year history, the Congress “consistently promoted democracy” and protected the Constitution.

“At a time when the Constitution is under attack, democracy is under threat, and every institution is being undermined, the Congress has demonstrated to enhance the democracy of the country by holding national organizational elections. I want to thank all those involved in the election” he said.

Further, he congratulated Tharoor and said that he had talked about ways to take the party forward. Tharoor went to his house to congratulate Kharge on his victory.

“I would also like to congratulate Shashi Tharoor, who is my partner. As representatives, we were running for office. He came to meet me, and we talked about how to take the party forward,” Kharge said.