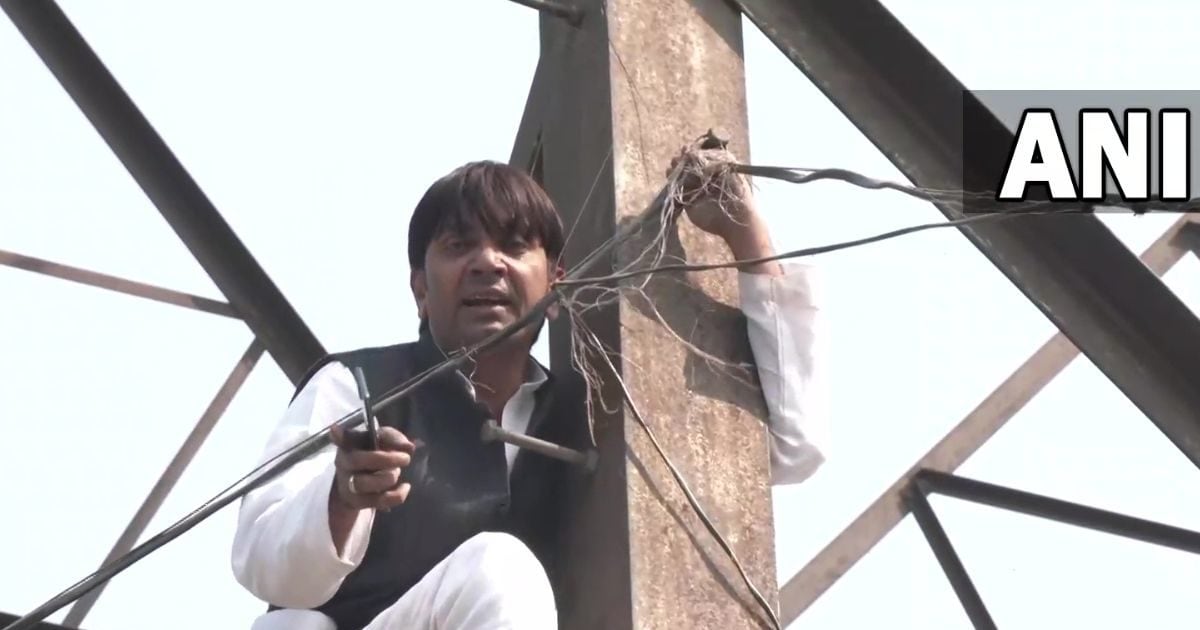 Angry with the party, the leaders climbed the tower in East Delhi, talked to the media

New Delhi. Former Aam Aadmi Party (AAP) councilor Haseeb-ul-Hasan reportedly got upset over not being given a ticket for the Municipal Corporation of Delhi (MCD) election. He got angry and climbed an electric tower in East Delhi. He alleged that party leaders “sold” tickets for Rs two to three crore. Haseeb-ul-Hasan named AAP leaders Atishi, Durgesh Pathak and Sanjay Singh, alleging that senior leaders took their original documents on the pretext of fielding them in the elections and refused to return them.

Hassan said in a live video on social media from atop a tower in Gandhinagar, “You leaders have taken my original documents including bank passbooks on the pretext of giving me tickets, but they are not returning the documents. Tomorrow is the last day for filing nomination papers. If something happens to me or I die, Durgesh Pathak and Atishi will be responsible.” Sell ​​tickets. These are all corrupt leaders. They returned my documents after I climbed this tower.

Delhi |Had media not come Durgesh Pathak,Atishi,Sanjay Singh wouldn’t have returned my paper.They sold ticket to Deepu Chaudhary for Rs 3 Cr,demanded money from me but I don’t have any: AAP’s Haseeb-ul-Hasan who climbed transmission tower allegedly for not getting MCD poll ticket pic.twitter.com/P5ienYKqVc

Can contest election from other party
The former AAP councilor said that he will contest the elections as an independent or after joining any other party, and will soon file his nomination papers after deciding this. There was no immediate response from the Aam Aadmi Party in this matter. On the other hand, fire brigade officials said that they received information at 10:51 am that a person had climbed an electric tower in Gandhi Nagar area.

Voting on 4th December
A senior police officer said police personnel, fire brigade and BSES officials along with the ambulance reached the spot and requested Hasan to get down and he eventually agreed. AAP released its first list of candidates on Friday and the second list of 117 candidates the next day. Voting for the MCD with 250 wards is to be held on December 4 and the counting of votes will take place on December 7.