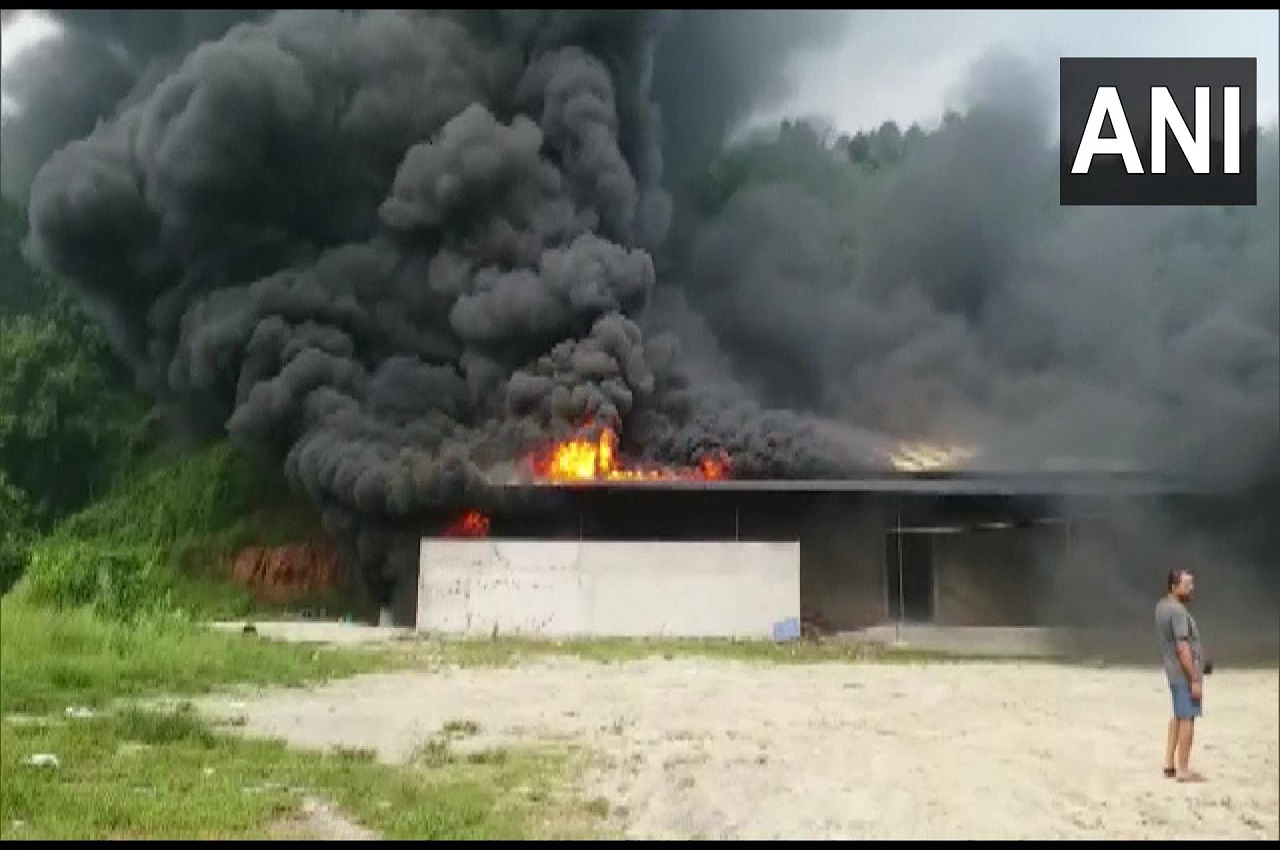 Meghalaya: A massive fire broke out at a rubber factory in Meghalaya’s Ri Bhoi district on Monday. The fire is likely to cause heavy damage.

As soon as the information was received, a large number of vehicles of the fire department reached the spot. Efforts to douse the fire have been going on for several hours.

According to local police, no casualties have been reported so far.

Meghalaya | A fire broke out at a rubber factory in Ri Bhoi district today. Fire tenders were sent to the spot pic.twitter.com/QQTb5RnqVD

It is being told that due to the presence of flammable material in the factory, it is becoming difficult to control the fire.

After the loud explosion, the people around informed the police and the fire department.

According to the police, the cause of the fire is yet to be ascertained.

Rescue teams reached the spot soon after the fire broke out. Police have cleared an area of ​​several meters around the spot.

At present the rescue operation is going on. Further details are awaited.

Share
Facebook
Twitter
WhatsApp
Linkedin
Email
Telegram
Previous articleHow to Control Emotions: Difficult emotions can also become a hindrance in your success, learn 4 easy ways to deal with them
Next articleNot a single white hair will be visible in the beard, include this thing in the diet