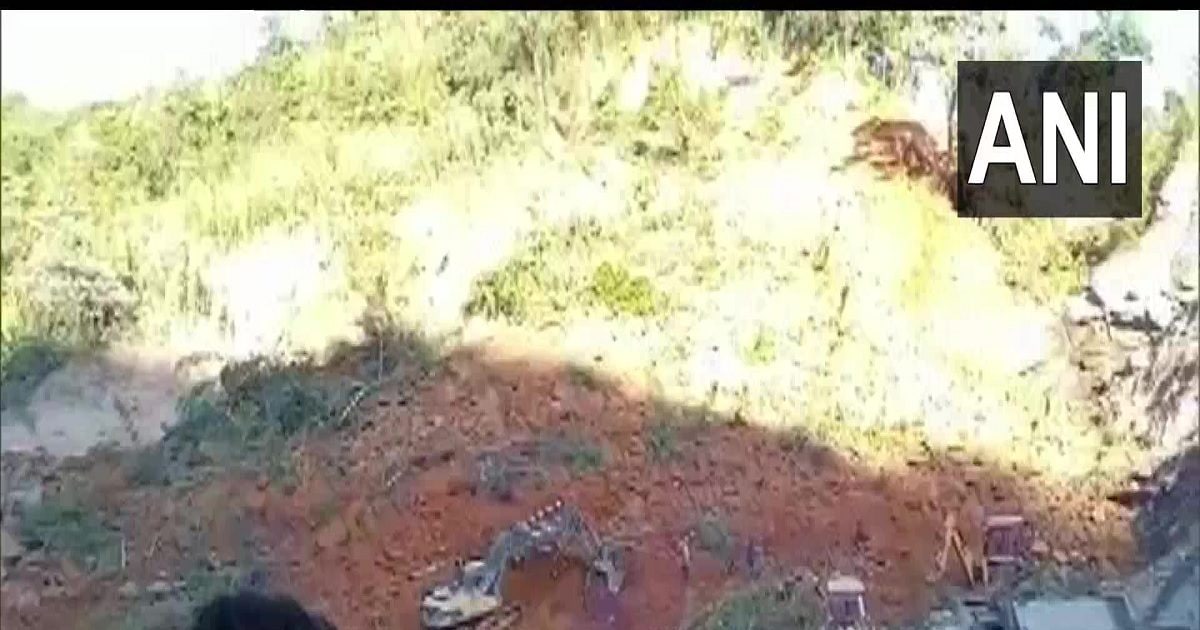 Major accident in stone mine in Mizoram

More than 15 laborers buried due to sudden collapse

Aizawl. A stone quarry suddenly collapsed on Monday in Mizoram’s Hanhtial and at least 15 laborers present there were buried in it. The laborers of ABCI Infrastructure Pvt Ltd were doing the work of digging stones near Moudad village, when this accident took place. The administration is now working to evacuate the labourers. Police said that the incident took place in Mizoram’s Hanathiyal district around 3 pm when the mining work was going on.

Superintendent of Police Vineet Kumar said that when the stone mine suddenly started collapsing, some laborers managed to escape but some got trapped. Many machines and other goods were also buried in the debris. Police and administration officials told that after this accident, efforts are being made to evacuate the laborers, but no success was achieved till the news was written.

Officials said that a medical team is also present at the spot to facilitate the treatment of the laborers. Mining work was going on in this mine for the last two and a half years. As soon as the news of the accident spread, people from nearby villages reached there. State Disaster Response Force, BSF and Assam Rifles personnel are also present on the spot.

Share
Facebook
Twitter
WhatsApp
Linkedin
Email
Telegram
Previous articleSometimes the producers’ dogs ran, sometimes the men made ‘Darling’, Ranveer Singh’s Struggling Story is very painful
Next articleAftab was searching this on Google after the murder of Shraddha, you will be shocked to know