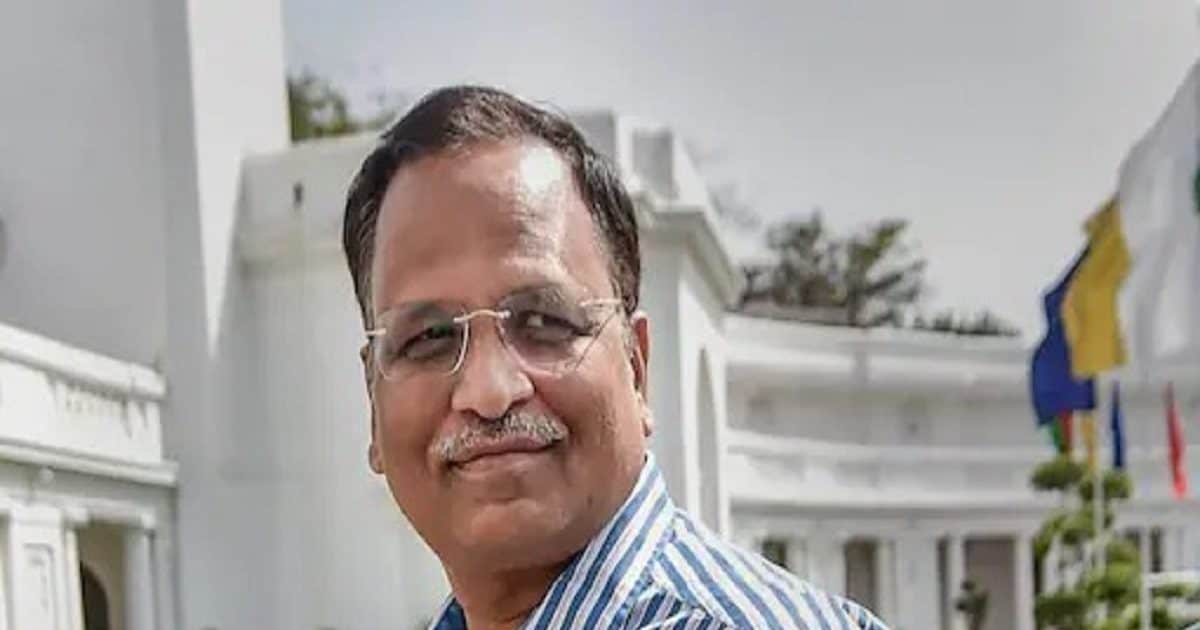 New Delhi. New Delhi Minister Satyendar Jain got a big shock on Thursday. The court refused to grant bail to him, Vaibhav Jain and Ankush Jain in the money laundering case. Special Judge Vikas Dhul heard the case and said that the bail plea of ​​all three is cancelled. AAP minister Satyendar Jain had sought bail saying that no purpose would be served by keeping him in custody for a long period. Jain is the Health, Home, Energy and PWD minister in the Delhi government.

Significantly, the decision on Satyendar Jain was to come on November 16, but at that time he was not ready. Special Judge Vikas Dhul heard the arguments of all the accused and the ED before giving the verdict. Let me tell you, ED had filed a charge sheet against Satyendar Jain, his wife and 8 firms in the court. The court took this charge sheet into cognizance recently.

Jain argued during the debate
During the debate on bail in October, Satyendar Jain had argued that his only fault was that he was a minister. Otherwise no case can be made out against him. The ED had registered a money laundering case against him in the year 2017 on the basis of the CBI’s FIR. It is alleged that Satyendra Jain transferred money from here to there in 4 firms allegedly associated with him. It is alleged that Satyendra made the hawala scandal through his own Kolkata company and after that he was taken into custody.

Round-the-clock answers were given in the inquiry
According to ED sources, 57-year-old Jain gave evasive answers during the question-answer. After this, he was taken into custody from the Delhi office. Now he will appear before the court on Tuesday morning. The ED provisionally attached movable assets worth Rs 4.81 crore belonging to Ankinchan Developers, Indo Metal Impex, Prayas Infosolutions, Mangalayatan Projects, JJ Ideal Estate, Swati Jain, Sushil Jain and Indu Jain. Earlier, the CBI had also registered a case of disproportionate assets against Satyendar Jain. In the year 2018, ED had questioned him in connection with this case.

Share
Facebook
Twitter
WhatsApp
Linkedin
Email
Telegram
Previous articleThe magic of ‘Black Panther 2’ fading at the box office, the difficulties of the way increased for ‘height’
Next articleMichael Vaughan had to mess with Wasim Jaffer, why did the former veteran advise to use Burnol? – when michael vaughan made fun of wasim jaffer then he gave a fitting reply – News18 Hindi

UP: Woman who went to pick wood in Shahjahanpur was raped and killed, body found in bushes