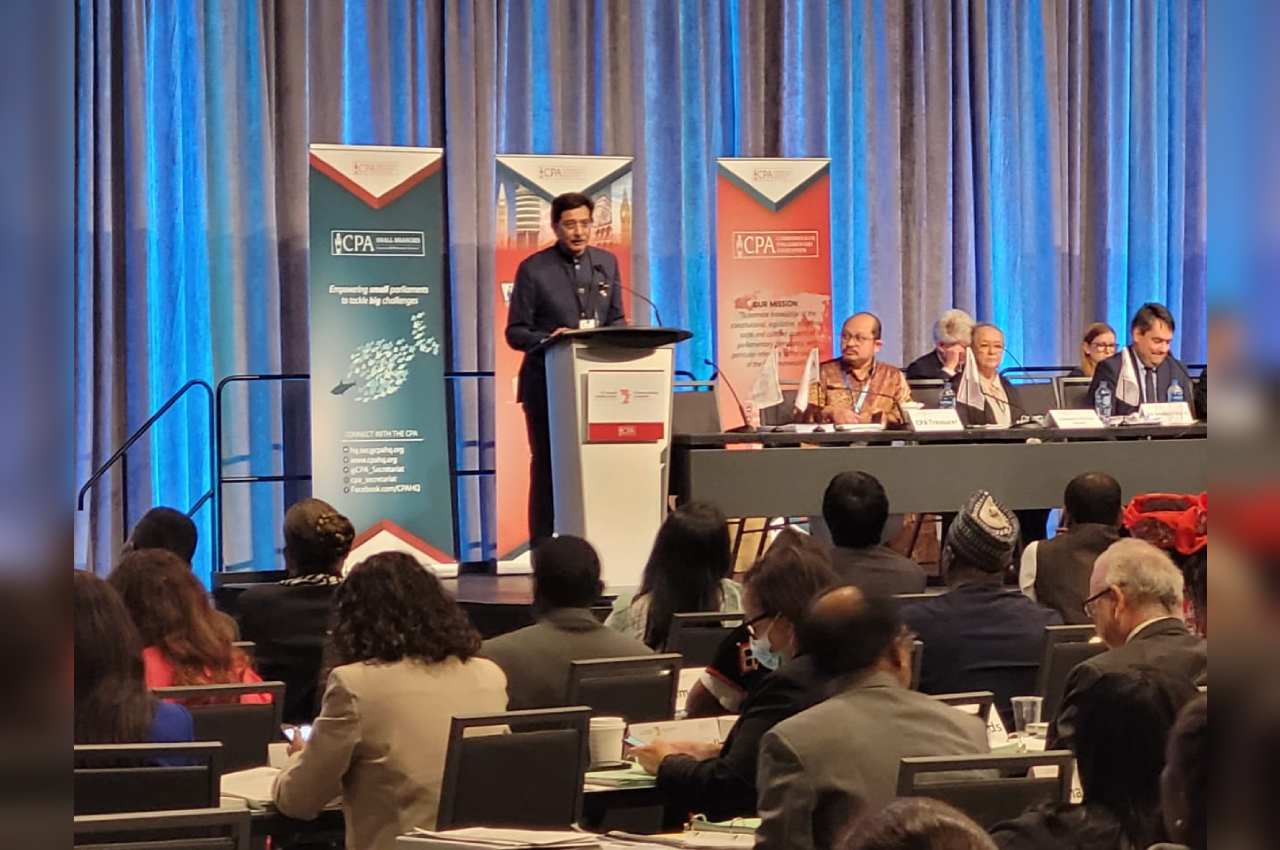 The CPA is the largest and oldest international parliamentary association in the world. Jhansi MP (Lok Sabha) Anurag Sharma was elected as the treasurer of the CPA. This makes him the second Indian incumbent in the CPA. It now seats a total of four Indian representatives in the CPA.

This annual conference is divided into nine geographical regions of the Commonwealth. It is attended by the Speakers and elected representatives of 180 Parliaments and Legislative Assemblies from 55 countries. Their number is about 18,000. It is headed by the Lok Sabha Speaker of India, Om Birla. A 100 member delegation participated in the program. This includes elected MPs from across the country as well as speakers of state assemblies.

MP Anurag Sharma has taken the lead in promoting the goals and agenda of the association. Not only in diversified CPA India region, but also in transforming dreams, aspirations and upward dynamics in life for provincial parliaments in CPA India region. They are also playing an important role.

All relevant democratic nations are members of the CPA. It certainly increases the prestige of India manifold. This has also increased the pride of the country.

It is worth mentioning that Anurag Sharma, the Lalitpur MP from Jhansi, has studied management from the internationally renowned Harvard Business School, Boston. After that he took over as Executive Director at Shree Baidyanath Ayurvedic Bhavan as a reputed industrialist. Seeing the efficiency and achievements, Anurag Sharma has been included in many international delegations as a Member of Parliament.