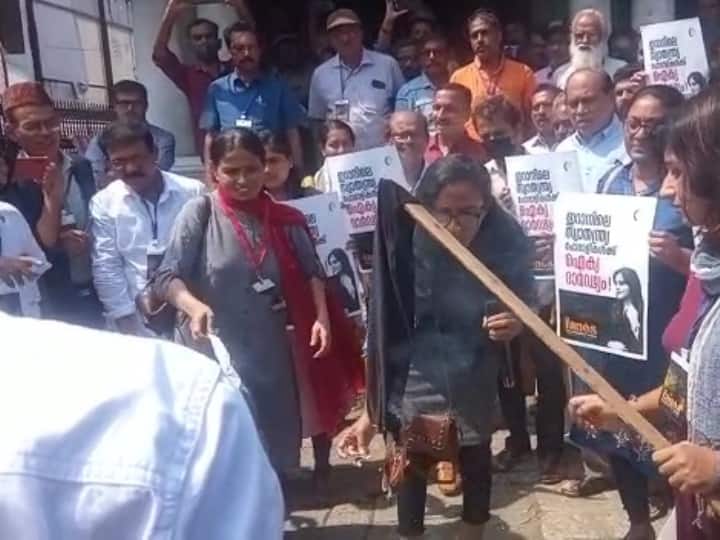 Muslim women who came to this seminar organized by the Kerala Yuktivadi Sangam Sanstha also burnt their hijab in support of the ongoing anti-hijab movement in Iran. This is the first such incident of burning hijab in India.

Kerala | A protest burning hijab was staged in Kozhikode on November 6th, in solidarity with the anti-hijab movement in Iran. pic.twitter.com/vVGaq6UEsG

What is Iran’s anti-hijab movement?
Protests against the hijab have been going on in Iran for the past several weeks. A 23-year-old girl, Mehsa Amini, was detained and beaten up by Iran’s Moral Police for not wearing a hijab properly that she slipped into a coma. After going into a coma, demonstrations about the hijab started all over Iran. After her death on 16 September, women across the country started anti-hijab protests.

In this demonstration, women took off their hijabs and started burning them on the streets. Iran’s Moral Police responded to this movement with brutality on women. They lashed out at the protesting women. When the video of atrocities on women went viral, women all over the world came out in support of the women of Iran. This anti-hijab movement is still going on in Iran and women from all over the world are coming out in support of this movement.

ABP C-Voter Opinion Poll: Who can get how many seats in MCD elections? Opinion Poll Revealed