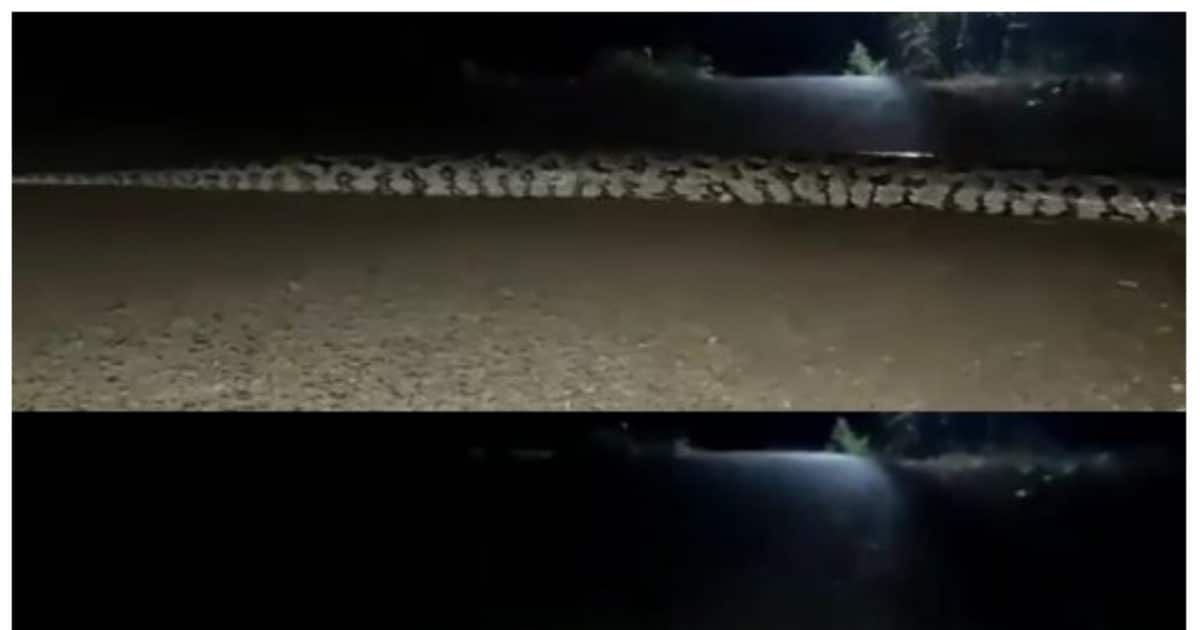 Bharatpur. Keoladeo National Park is called the paradise of birds, but these days it is in discussion not about birds but about the giant python. Recently, a video of a giant python crossing the road is becoming fiercely viral on social media. According to the information, the length of the python is being told as 22 feet.

In a video from Keoladeo National Park, a giant python is seen crossing the road near Forest Lodge at night. When Rajiv Dutt Sharma, a personal employee of Gehlot government’s cabinet minister Vishvendra Singh, was passing through there late at night, he made a video of the python crossing the road from his mobile. After this he shared this video on social media, which is becoming fiercely viral. Experts have given the length of the python as 22 feet.

At the same time, wildlife expert Subramaniam Bhupathi found during research that most of the country’s rock pythons are found here. Actually, there is plenty of food available for Python in Keoladeo National Park. Also, due to favorable conditions and less risk of predators, it is a favorable place for pythons.

Share
Facebook
Twitter
WhatsApp
Linkedin
Email
Telegram
Previous articleRohit Sharma remembered the first T20 WC, said – I had no understanding…
Next articleVIDEO: ‘No mood to kill man’ and Suryakumar Yadav got out on the very next ball