OMG: There was a fierce fight between the sons on the middle road, the husband beat both the wives with slippers 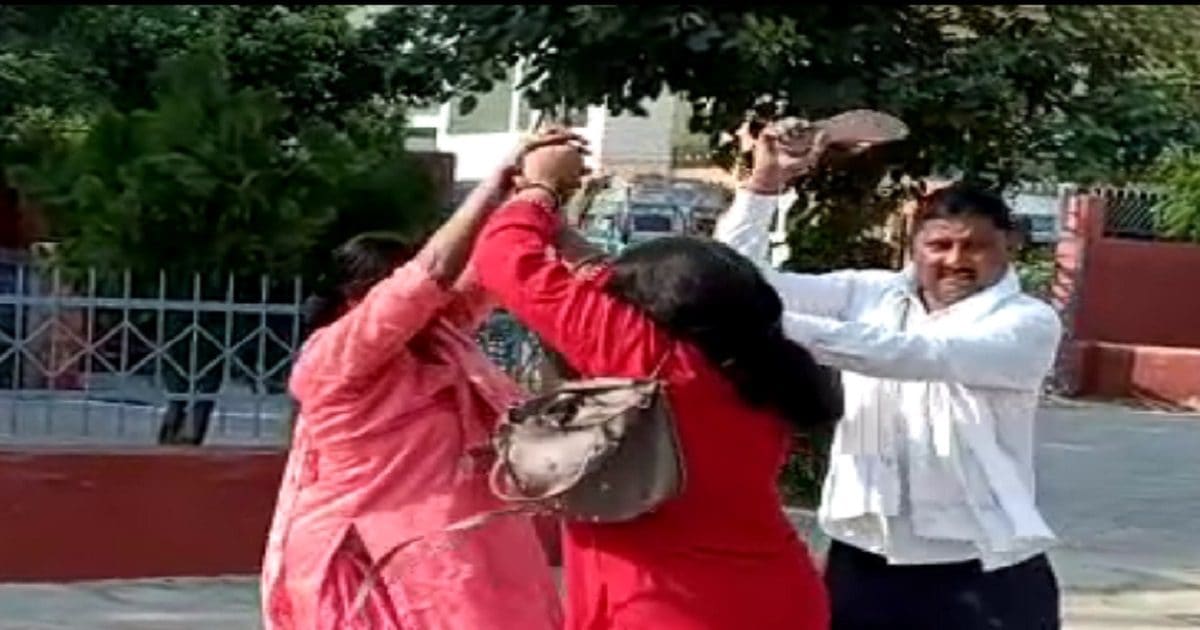 There was a stir in the district hospital Lohia when two women started beating each other.

Both broke on each other and the person who came together rained slippers on the women.

Farrukhabad. There was a stir in district hospital Lohia in Farrukhabad district of Uttar Pradesh when two women started beating each other. In fact, until someone could understand something, both of them broke on each other and the person who came together rained slippers on the women. Everyone was surprised to see this strange case in Ram Manohar Lohia Hospital.

It is said that there was a fight between the two wives who came face to face to see the husband here. Seeing the matter increasing, the husband also reached there and in the end beat both the wives. The video of this assault of women is now going viral on social media. Devendra Kumar, resident of Mohalla Mau Darwaza, was admitted to Dr. Ram Manohar Lohia Hospital. He has two wives, whose names are Kiran and Pushpa.

According to the information received, both the wives reached Lohia Hospital together on Thursday to see Devendra. Kiran and Pushpa had a face-off in front of the emergency room. There was an argument between the two. When the matter escalated, a fierce fight started between the two. When he came to know about this, Devendra also came out of the hospital. He stood for some time watching the spectacle of the fight between the two.

Then tried to convince both, but when she did not agree, Devendra beat both the wives with slippers. After this both of them went away threatening each other. Devendra also went home with Pushpa, at present, after the incident, everyone went to their house. But, the assault on women remains a matter of discussion.