Owaisi’s AIMIM is giving biryani party in MP, if you are vegetarian then tea samosa is present 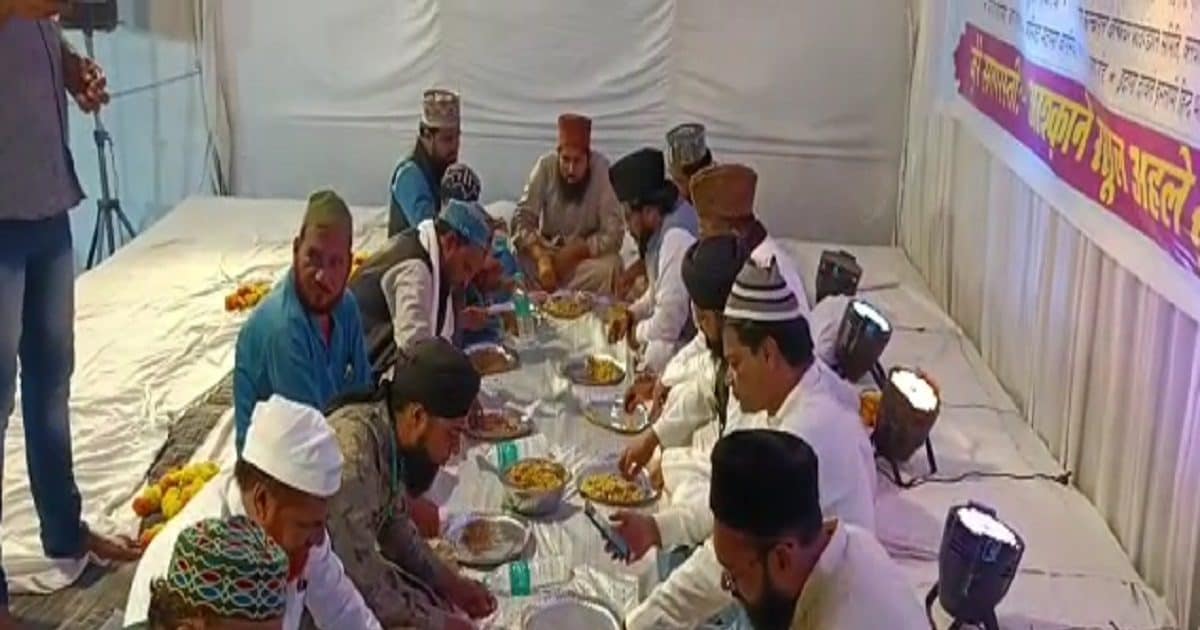 Bhopal, Entry in MP during the urban body elections held in Madhya Pradesh Asaduddin Owaisi party of AIMIM Now it has started to strengthen its political ground. Before the 2023 elections, it has started making members by running a membership campaign. Hyderabad’s famous biryani is also being presented with the face of OBC to connect people with the party. In the old city, people are being given party membership by organizing Hyderabadi Biryani feasts.

AIMIM leader Peerzada Tauqir Nizami said that Congress is over now. People are relying on AIMIM to give competition to BJP. Two things of Hyderabad are very famous Owaisi and Biryani. In such a situation, keeping Owaisi’s face ahead, people are being linked to AIMIM by feasting on Hyderabad Biryani. Along with biryani, party membership is also being given by inviting people to tea party and feeding them samosas.

Muslim majority seats
Owaisi is eyeing the Muslim majority seats in the state. Owaisi is preparing to contest the assembly elections in association with Dalit and tribal organizations. In cities like Bhopal, Indore, Jabalpur, Khandwa, Khargone, Burhanpur, the claimants of AIMIM have increased their activism. In the urban body elections held in the state in the past, AIMIM registered its presence at many places and cut the votes of Congress. Three councilors of Owaisi’s party won the Khargone municipal elections. Hindu woman candidate also won in 1 ward. In Singrauli, the mayor also became of Owaisi’s party. In such a situation, the increasing activism of OBCs is sure to have an impact on the 2023 elections. But with Owaisi’s activism increasing, the Congress is sure to suffer more.

Also read- When the baby shower of the sub-inspector resonated in the women’s police station, the companion became maternal, watch the video

Worry for Congress
The Congress is troubled by the activism of Owaisi’s party for the 2023 elections. Although on the surface, she is not allowing this to be revealed. MP Congress General Secretary Mahendra Singh Chauhan said that BJP is active in the state to cut Congress votes. But the faith of the minority class is on the Congress party. No matter how many feasts are held, it will not affect the election of 2023.

BJP sure
The BJP seems happy with the increase in the activity of AIMIM. BJP spokesperson Hitesh Bajpai said that the minority section is now disillusioned with the Congress. Muslim class is looking for their future in BJP or any other party. This is the reason why the traditional vote of Congress is decreasing.

Share
Facebook
Twitter
WhatsApp
Linkedin
Email
Telegram
Previous articleHurry up! Opportunity to buy Dhansu Smartwatch from Noise with flat Rs.4000 off
Next articleLiz Truss said after resigning – ‘I could not live up to the expectations of the Conservative Party and the public’