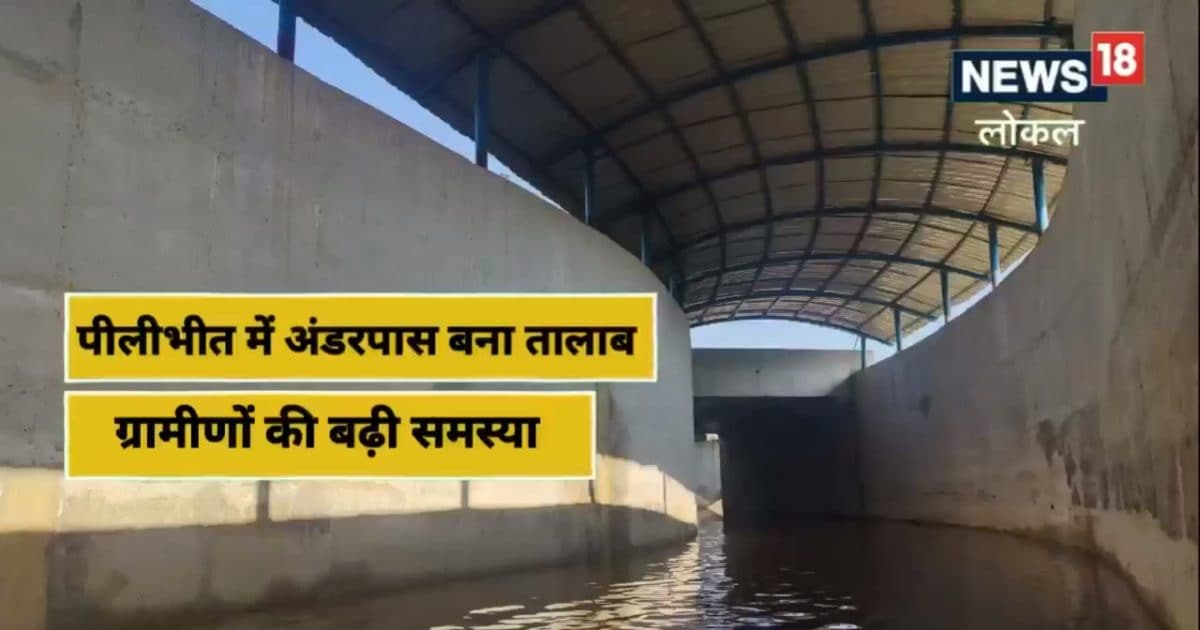 Pilibhit. The problems arising due to incessant rains in Pilibhit of Uttar Pradesh have remained a cause of concern for the common people till now. On the one hand, reports of waterlogging are coming out from all over the city, while on the other hand the condition of rural areas is also similar. The railway underpass built in Jyorah Kalyanpur village of Pilibhit has now taken the form of a river. Thousands of villagers are troubled by this.

In fact, a railway underpass was built in the year 2020 in Jyorah Kalyanpur village falling in Barkheda area of ​​Pilibhit district. The villagers allege that ever since the construction of this underpass, the problem of waterlogging has persisted in it. At the same time, after the rains in the past, this problem has become worse now. About 8 to 10 feet of water is filled in the underpass, which has no drainage. In such a situation, the villagers have to resort to other routes. Due to this they have to cover 10 to 12 kilometers more distance. The villagers told during a conversation with News18 Local that whenever they call on the departmental numbers written on the underpass and tell their problems, then no satisfactory answer is received from there.

A big issue was made in the assembly elections
Let us tell you that in the last 2022 assembly elections, this underpass had become a big election issue and all the leaders had made big promises about it. Voting was affected for several hours over the issue on election day on February 23. After all the efforts of the officials, voting was possible at the booth of this village, but even after 8 months of the formation of the government with a thumping majority, the problem of the villagers remained the same. Giving more details on the whole matter, Rajendra Singh, PRO of Izzatnagar Railway Division said that the issue of waterlogging in the under pass has come to notice. Soon the problem will be solved by getting the drainage done.

Share
Facebook
Twitter
WhatsApp
Linkedin
Email
Telegram
Previous article‘You can’t say anything to the media…’, Jaya Bachchan got angry at the paparazzi and Rakhi Sawant said this
Next articleSikh man of Indian origin in Canada accused of killing his children