PM Modi said in Karnataka – the thinking of the previous governments was old, 3.5 crore houses were given to the poor in 8 years 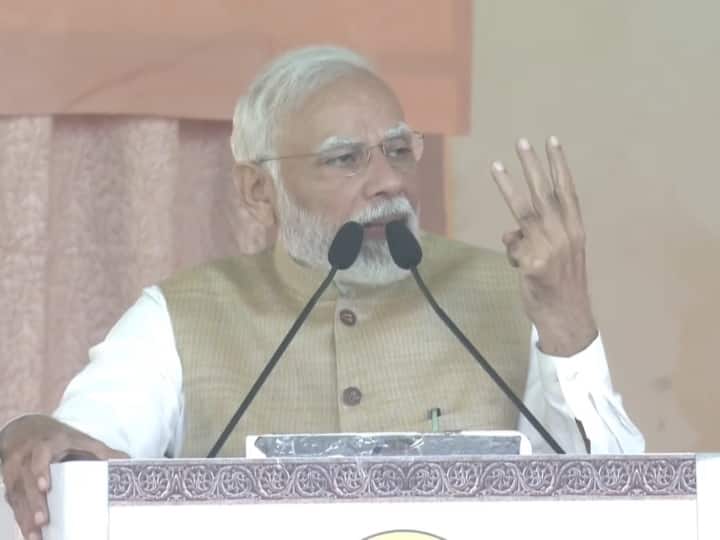 PM Modi Bengaluru Visit: Prime Minister Narendra Modi arrived in Karnataka on Friday (11 November) morning during a two-day visit to four states of South India. Prime Minister Modi inaugurated Terminal-2 of the Kempegowda International Airport in Bengaluru, which has been constructed at a cost of around Rs 5,000 crore. With its inauguration, the capacity of passengers at the airport is expected to increase to about five-six crore annually. Right now it is 2.5 crores annually.

Addressing the people on this occasion, PM Modi said that the double engine government of Karnataka is paying equal attention to social infrastructure. In Karnataka also more than 8 lakh houses have been approved. Today the whole world is surprised that India thinks about BHIM UPI. The youth of Bangalore have a big role in all this. Investment is happening in Karnataka even in the time of Kovid. Every sector is developing in Karnataka. PM Modi said that the way the country is progressing, on the same side the number of people at the airport is increasing. There were 70 airports around 2014, now their number has increased to more than 140, now new opportunities are opening for the youth.

In his address, PM Modi further said that there has been a lot of confidence among the people for India’s investment. There should be maximum expansion in air connectivity in the country, it is the need of the hour today. Vande Bharat train is the identity of new India, Vande Bharat Express is a symbol that India now wants to run fast. Indian Railways is going to be rejuvenated in the coming 8-10 years, more than 400 new Vande Bharat trains are going to be the identity of India.

will increase the speed of transportation

PM Modi said that India is recognized for startups in the whole world, Bangalore has a big role in it. He got a chance to unveil the 108 feet bronze statue of Nadaprabhu Kempegowda in Bengaluru. There was a very old demand of Bangalore terminal which our government is fulfilling. PM Modi further said that it is his good fortune that today he got the opportunity to come to Bengaluru on a special day.

Prime Minister Modi said that today is the birth anniversary of two great children of Karnataka. Sant Kanakdas ji gave guidance to the society. We are further strengthening both the development and heritage of Bengaluru, Karnataka. Today Karnataka has got the first Made in India Vande Bharat train. The Bharat Gaurav Kashi Darshan train, which takes the people of Karnataka to Ayodhya and Kashi, has also started today. Today the second terminal of Kempegowda International Airport has also been inaugurated.

Also read:- Aadhar Card Update: Government has made changes in the rules of Aadhar card, it has become necessary to do this work