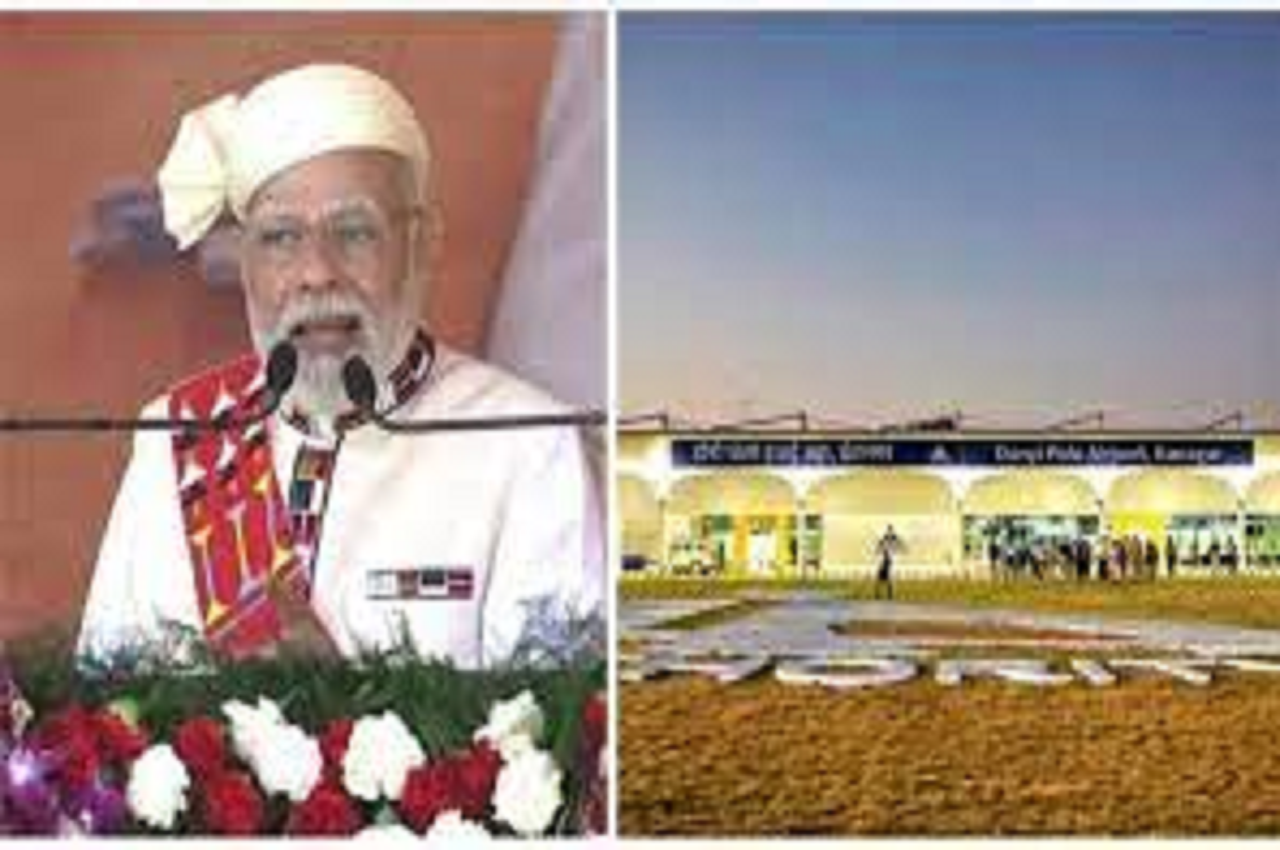 Prime Minister Narendra Modi on Saturday inaugurated the first greenfield airport of Arunachal Pradesh in Itanagar. The Prime Minister had laid the foundation stone of this airport in 2019.

Doni Polo Airport will improve Northeast connectivity. The name of the airport reflects the traditions and rich cultural heritage of Arunachal Pradesh, as well as the state’s age-old indigenous reverence for the Sun (‘Doni’) and the Moon (‘Polo’).

According to Dilip Sajnani, director of the Airports Authority of India, the airport, developed over an area of ​​over 690 acres at a cost of over Rs 640 crore, will play an important role in improving connectivity and also contribute to it. Development of trade and tourism in the region.

The airport has a runway of 2300 meters and is suitable for all weather operations. The airport terminal is a modern structure that promotes energy efficiency, renewable energy and resource recycling.

According to an official statement, the terminal at Hollongi was built at a cost of around Rs 955 crore and has a maximum handling capacity of 200 passengers per hour.

In a tweet yesterday, Prime Minister Modi said, “This project will greatly benefit commerce and connectivity.”

On November 16, he said in a tweet, “The Great Hornbill Gate that welcomes you at the iconic Doni Polo Airport is a work of art. It was designed by promising Arunachali architect Aroti Panyang of East Siang district and is made of bamboo and cane. I am happy to open the gate today.

The Doni Polo Airport will be the third operational airport in Arunachal Pradesh and the first in its capital Itanagar, taking the total number of airports in the Northeast to 16.

Presently Arunachal Pradesh has two airports, one at Pasighat and one at Tezu.

Meanwhile, PM Modi will dedicate the 600 MW Kameng Hydro Power Station to the nation at a launch event this morning.

The power station was built at a cost of over Rs 8,450 crore with the aim of making Arunachal Pradesh a power surplus state.

The project is in line with India’s commitment to green energy initiatives.