PM Modi will show the green signal to Ahmedabad-Udaipur train today, the journey of 295 KM will be completed in just 5.30 hours 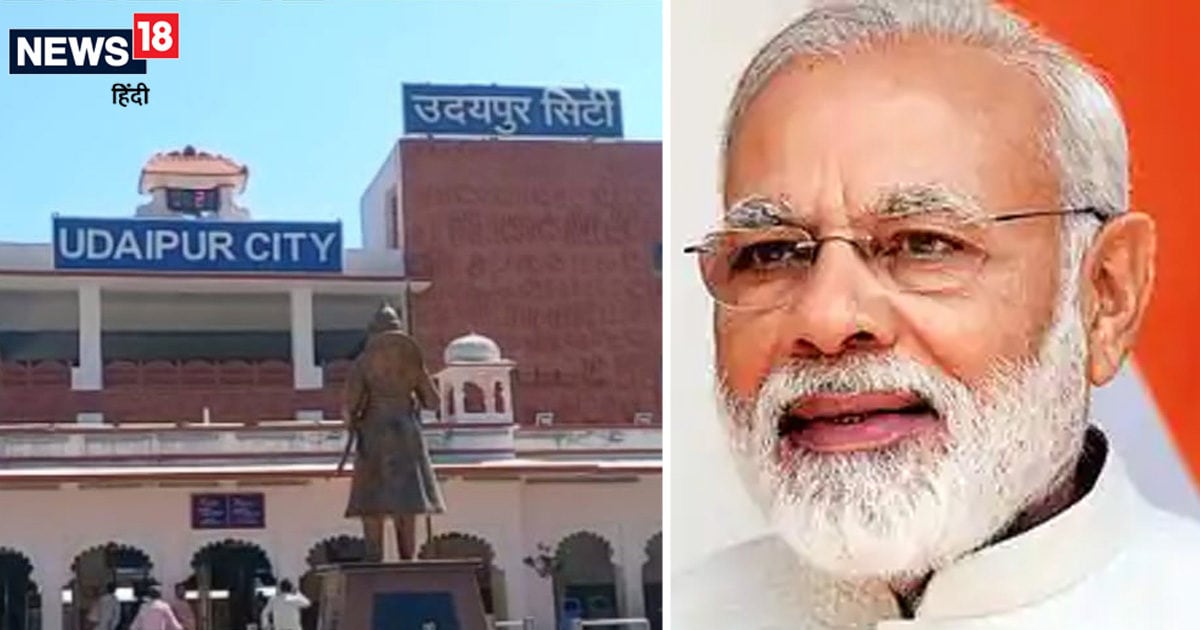 During this grand program will also be held at Udaipur railway station.

Earlier this journey used to take 10 hours but will be completed in five and a half hours.

Udaipur. Today is a big day for Lake City Udaipur and Ahmedabad. Today both the cities will once again be connected through train. Udaipur is going to get a big gift today in terms of train connectivity. Prime Minister Narendra Modi will start the first train on the Udaipur-Ahmedabad new broad gauge line from Asarwa railway station in Gujarat at 6 pm on Monday. The Prime Minister will flag off the train at Asarwa Railway Station. At the same time, Leader of Opposition Gulabchand Kataria, Udaipur MP Arjunlal Meena, MP CP Joshi and other BJP leaders from Udaipur Railway Station will flag off the train from Udaipur to Asarwa at the same time.

Railway Minister Ashwani Vaishnav will also be present at Asarwa railway station in Gujarat during the Prime Minister’s program. Arrangements have been made to see the Prime Minister’s program at all the stations of Udaipur-Ahmedabad railway track. There will also be a grand program at Udaipur City Railway Station. With this train connectivity from Udaipur to Ahmedabad, this city of tourists will also be directly connected to South India and tourism will increase here. Today, the inaugural special train service is being run from both the sides. After that, from November 1 on a regular basis, one train will run from Udaipur to Asarwa and one train will run from Asarwa to Udaipur.

This will be the full schedule of the train
From November 1, the second train number 19703 between Udaipur and Asarwa will leave Udaipur at 5 pm and will reach Asarwa at 11 pm. In the return direction, train number 19704 will leave Asarwa at 6.30 am and will reach Udaipur at 12.30 pm. Apart from Udaipur City Station, this train will stop at Umrada, Jawar, Jaisamand Road, Semari, Rishabhdev Road, Dungarpur, Bichhiwada, Shamlaji Road, Himmatnagar, Pranjit, Talod, Nadol, Dehgam, Naroda, Sardargram.

Earlier it used to take 10 hours from Udaipur to Ahmedabad
There will be many benefits from the start of the train on the Udaipur-Ahmedabad new broad gauge line. Due to this mainly time will be saved. Ahmedabad can be reached from Udaipur in a journey of just 5.30 hours. At the same time, the general ticket in this train will be only Rs 110. Earlier the speed of meter gauge train was only 45 kmph and it took 10 hours to reach Ahmedabad.

2220 crore rupees have been spent in making railway track
The distance from Udaipur to Asarwa is 295 kms. 2220 crores have been spent in making 295 km of railway track. The train running on this track will pass through 11 major bridges, while 736 small bridges have also been built. There will be 22 railway crossings on this entire route. Three tunnels have been built on this new route. The longest tunnel in this is 821 meters. This tunnel is the second longest tunnel in the state. The other two tunnels are 116 meters and 96 meters long.