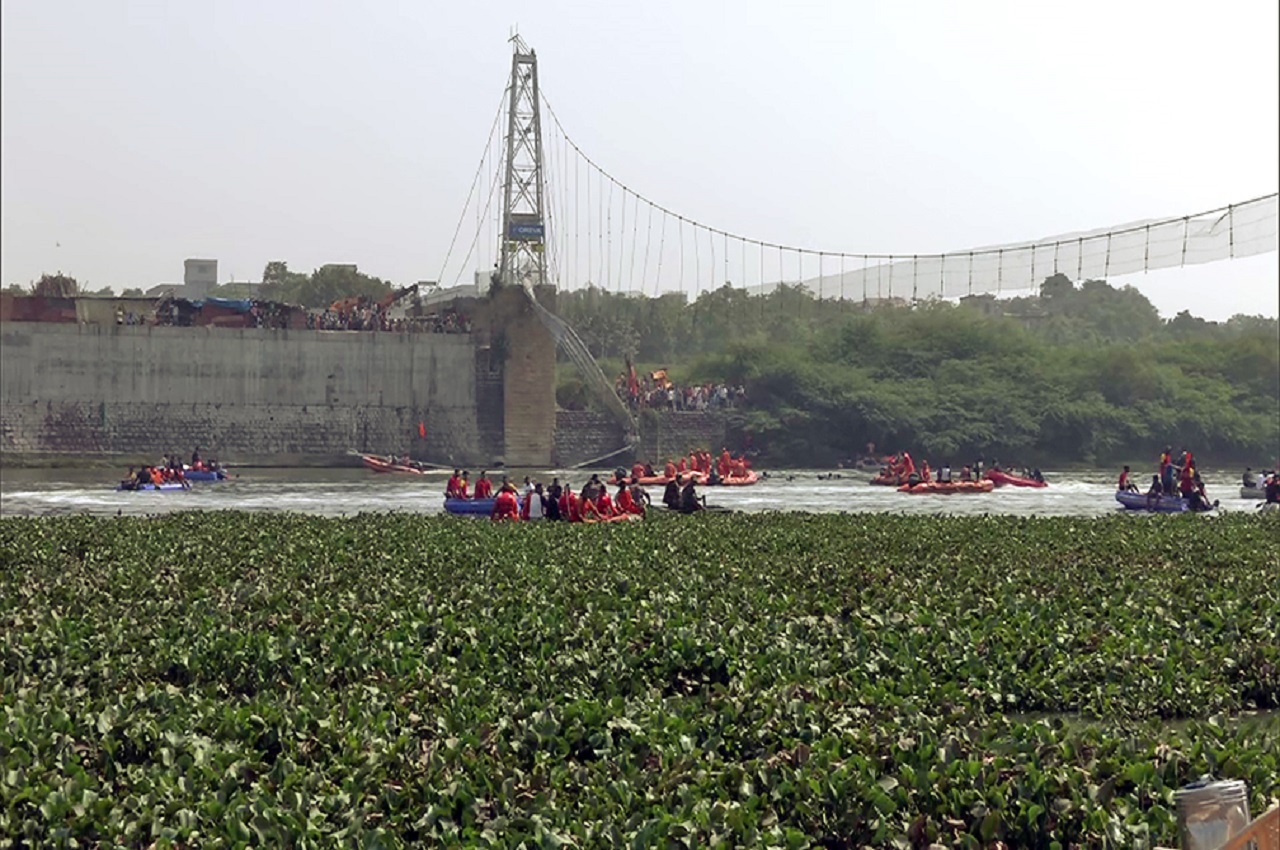 Morbi Tragedy: Police have detained nine people in connection with the Morbi bridge collapse incident that killed at least 134 people, including several children.

Video footage from just before the collapse shows some people shaking the bridge side to side, while others are taking pictures, before it fell into the Machu river in Morbi, Gujarat on Sunday evening.

Quoting Gujarat Police Reuters The report said that they have arrested nine persons by registering a criminal case against unknown persons responsible for the restoration, maintenance and management of the bridge.

Senior police officer Ashok Yadav said the details of those detained would be disclosed in the day.

local officials told Reuters The manager of the bridge, Gujarat-based electrical equipment maker Oreva Group, known for its Ajanta watches, did not inform officials that the bridge would be reopened last week after repairs, saying that no fitness proof The letter was not issued.

The Gujarat government has announced an ex-gratia of Rs 4 lakh to the next of kin of the deceased, while PM Narendra Modi has given a compensation of Rs 2 lakh to the family of those killed in the accident.

It is claimed that there were around 500 people on the “hanging bridge” when the cable broke on Sunday evening, causing hundreds of people to fall into the river. According to officials, the bridge can only carry the weight of 125 people.