Politics and corruption nexus in Rajasthan, 2 sons of MLA arrested in bribery case of 5 lakhs 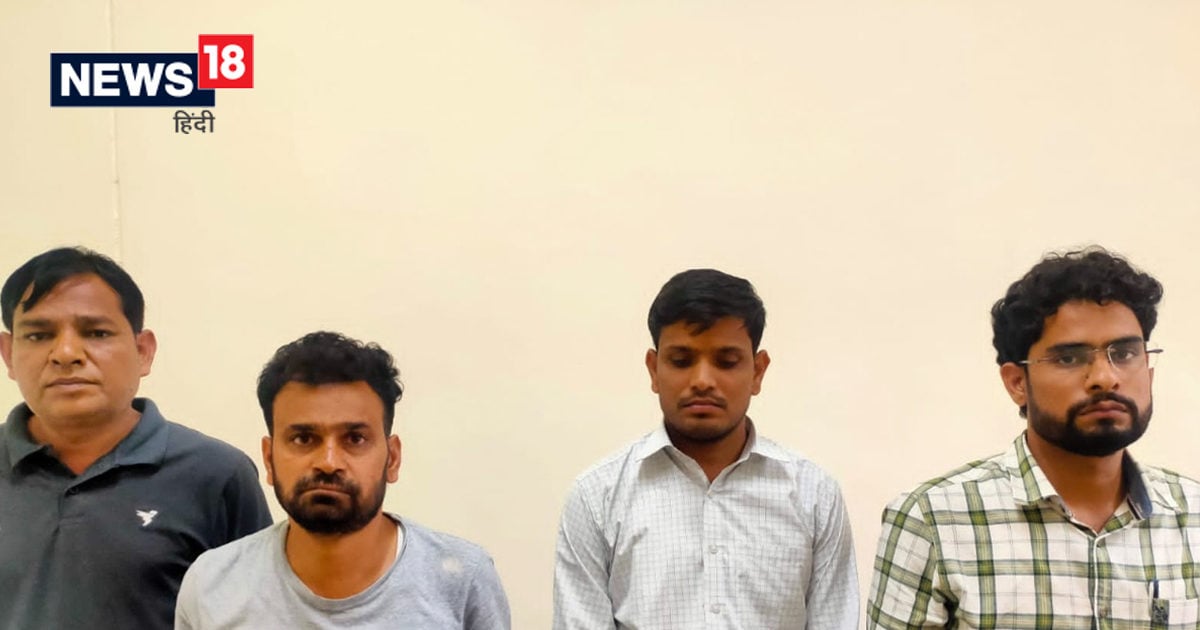 9 lakh bribe was sought for passing the bill

Jaipur. A big case of nexus of politics and corruption has come to the fore in Rajasthan. Here, the Anti-Corruption Bureau has arrested four people including two sons of Thanagaji MLA Kanti Prasad Meena for taking bribe. Among them is the son of a chief. Police have also recovered Rs 5 lakh taken as bribe from Krishna Meena, younger son of Independent MLA Kanti Prasad Meena. The accused son of the MLA told during interrogation that he had taken this amount at the behest of his younger brother Lokesh Meena.

Lokesh Meena was appointed a member of the Rajasthan Youth Board in the recent political appointments. At the same time, the MLA says that his sons have been implicated under the conspiracy. The MLA has given support to the state government. After the action, the bureau produced the four accused before the magistrate. From there, all the four accused have been sent to jail for 15 days.

A bribe of Rs 9 lakh was sought from the contractor
Bajrang Singh Shekhawat, Additional Superintendent of Police, Bureau, said that the accused, who were caught on charges of bribery, include Krishna Meena, son of MLA and Lokesh Meena, BDO Netram Meena and Pradhan’s son Jaypratap. In this regard, the complainant contractor had lodged a complaint that the MLA’s son and the head’s son are harassing him again and again. He has a total bill of Rs 26 lakh including boring. In lieu of giving him a bribe of 9 lakhs is being demanded. In the end, the matter has been decided for Rs 5 lakh. When the bureau got the complaint verified, it was found to be correct. After that the bureau laid its net to nab the accused.

Caught in Jaipur taking five lakh rupees
According to the bureau, on Friday night, the complainant was called to Jaipur to pay Rs. Krishna Meena reached Jaipur to take a bribe of Rs 5 lakh from the complainant. As soon as the complainant handed over the money to him, the team of the Bureau caught him in Indira Nagar, Jagatpura in Jaipur. During interrogation, he had named his younger brother Lokesh Meena, BDO and Pradhan’s son. After that other teams arrested Lokesh Meena from Rajgarh, BDO Netram Meena from Rajgarh Panchayat Samiti and Jaipratap, son of Pradhan from Jaravali. Later all were brought to ACB Headquarters.

MLA said that the intention of the contractor is bad
In this case, MLA Kanti Prasad Meena Meena says that the contract of his brother’s son used to run with a contractor of Virat Nagar, his acquaintance. His transaction of diesel and other goods was pending in the market. Because of this transaction his intentions got spoiled. So he complained to the ACB that he had asked for a bribe of Rs 5 lakh. My sons have been implicated under the conspiracy. The MLA said that the contractor should get the pipe on our credit. His money was owed. When something is taken, its money has to be paid. The case of mutual transaction was made a bribe.

Share
Facebook
Twitter
WhatsApp
Linkedin
Email
Telegram
Previous articleRussia again played ‘Yarana’ with India, supported for permanent membership in UNSC
Next articlePain is happening in the chest, do not ignore it, there may be a big problem of the lungs, know the reason for the pain