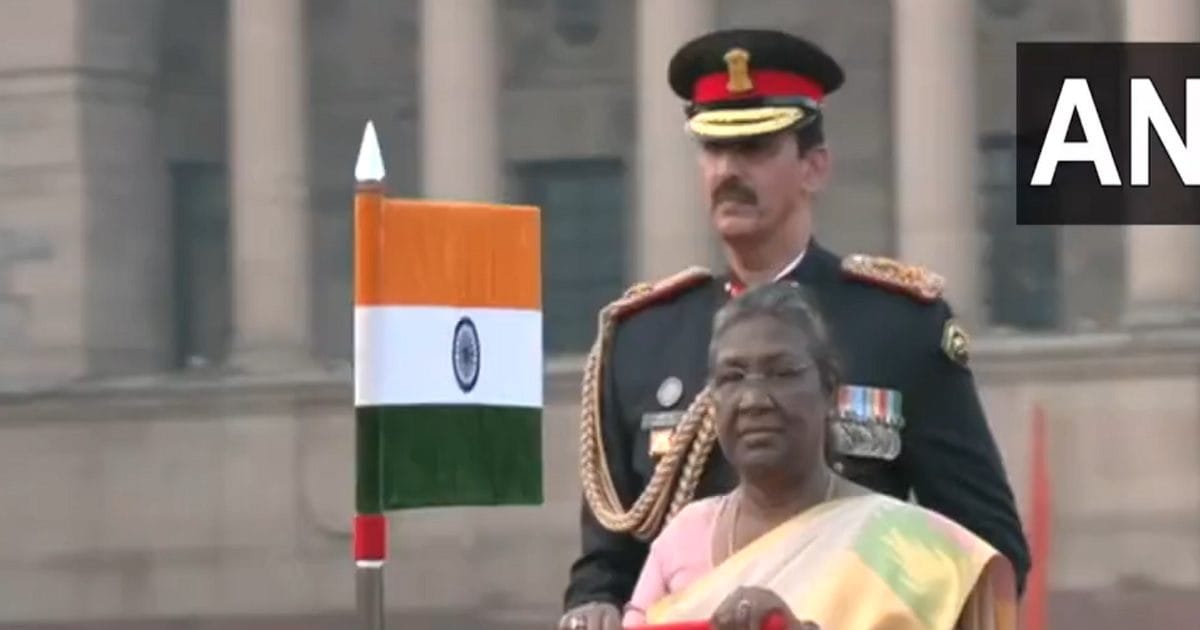 Ceremony held in Rashtrapati Bhavan, many dignitaries were present

New Delhi. President Draupadi Murmu presented silver trumpet and trumpet banners to the President’s bodyguard at a function held in the forecourt of Rashtrapati Bhawan on Thursday. Vice President Jagdeep Dhankhar was also present in the ceremony along with other dignitaries. Earlier, President Draupadi Murmu also inspected the parade at Rashtrapati Bhavan. The President of India’s own military contingent has the distinction of being the only military unit of the Indian Army that retains the privilege of carrying the President’s Silver Trumpet and Trumpet Banner.

Demonstration of many traditional skills of Indian horse riding

The parade that takes place on this occasion is also worth watching. There is precision in the parade. At the same time, trained horsemen display many of the traditional skills of Indian horse riding. The horses then move to the tune of the military band’s music. The event sees a thorough training, balance and formal coordination of activities for both horse and rider.