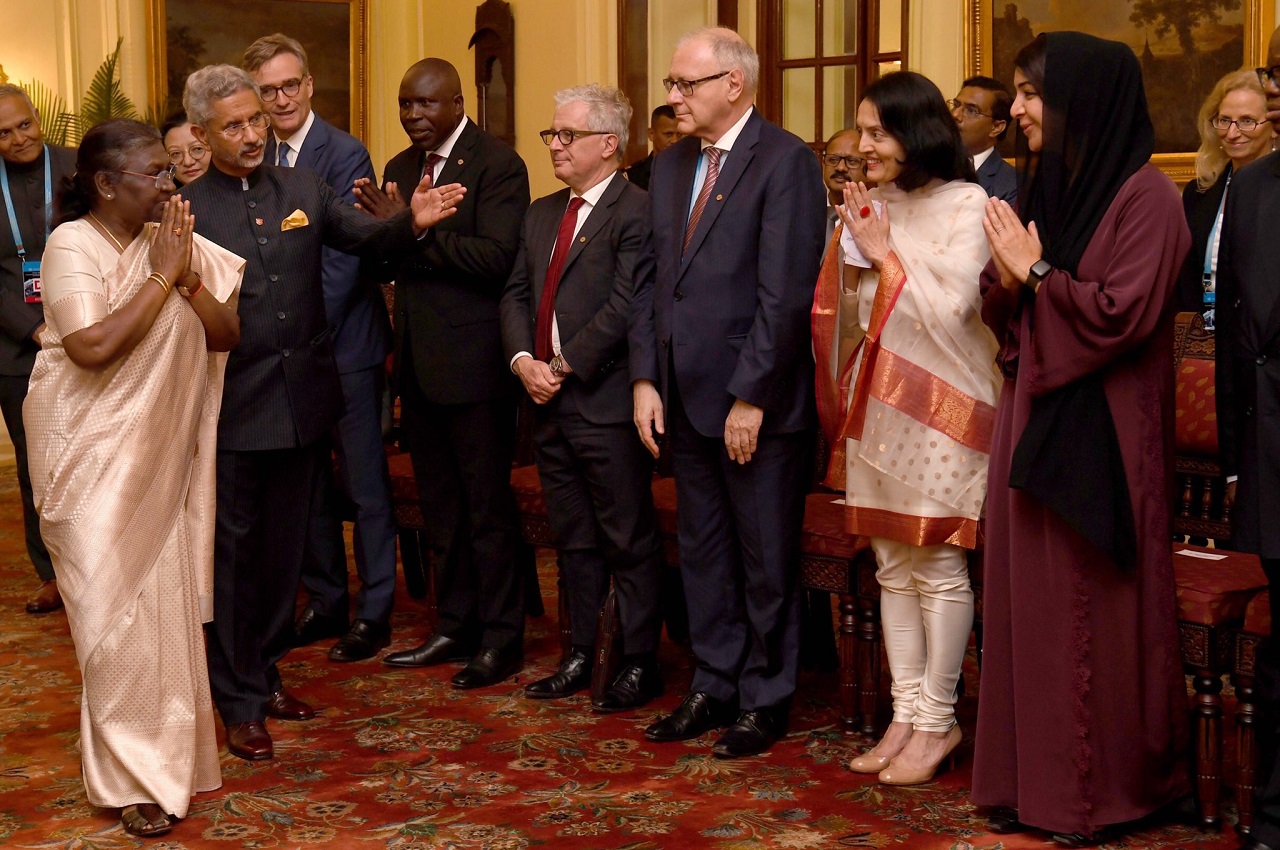 The delegation is in India to attend the UNSC CTC special meeting held in Mumbai and Delhi on 28-29 October.

“The President emphasized that zero tolerance to all acts of terrorism, regardless of its intent, should remain the guiding vision of the international community in shaping the global counter-terrorism framework,” Rashtrapati Bhavan tweeted.

The President emphasized that zero tolerance to all acts of terrorism, regardless of its intent, should remain the guiding vision of the international community in shaping the global counter-terror architecture.

He said India being the world’s largest democracy, one of the world’s most open and diverse societies, has been a victim of terrorism for decades.

President Murmu said that the gesture of the UN CTC to visit Mumbai and pay tribute to the victims of terrorism has sent a strong message to the perpetrators and supporters of terrorism. The international community must come together to bring them to justice.

During the meeting, Ambassador Ruchira Kamboj, Permanent Representative of India to the United Nations, briefed the President about the functioning of the UNSC CTC and its priorities as the Chair of the CTC, an official statement said.

Michael Moussa Adamo, President of the United Nations Security Council and the Foreign Minister of Gabon and the Foreign Minister of India, Dr. S. Jaishankar also made a brief intervention to brief the President on the key aspects of the UNSC CTC deliberations and the way forward, as that is mentioned in. The Delhi Declaration was adopted earlier today, the statement said.

Senior UN officials including Vladimir Voronkov, Under-Secretary-General of the United Nations Office were also present on the occasion.