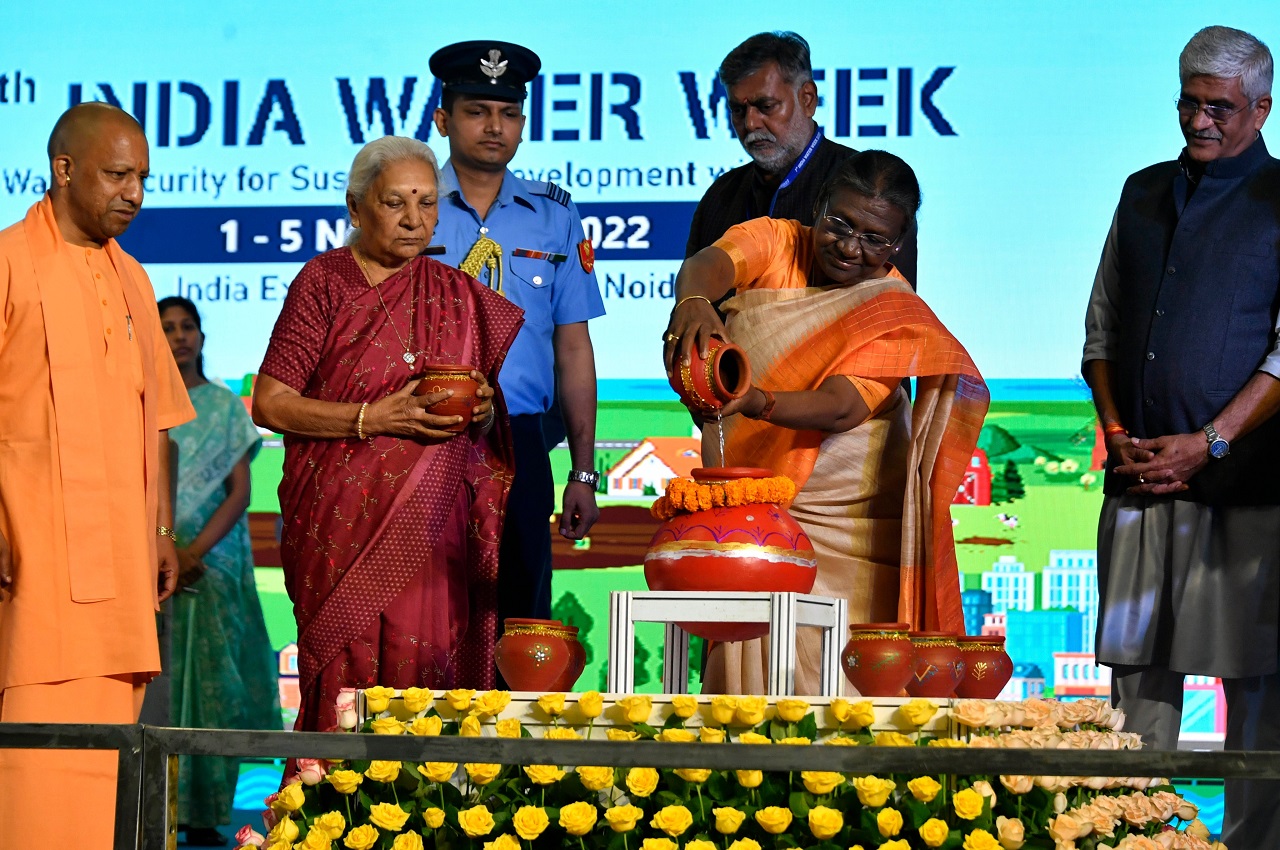 Greater Noida: President Draupadi Murmu inaugurated the seventh India Water Week here on Tuesday and said providing clean drinking water to the growing population would be a major challenge in the years to come.

“The issue of water is multifaceted and complex, for which all stakeholders should make efforts. We all know that water is limited and only its proper use and recycling can sustain this resource for a long time. Therefore, we all should try to consume this resource carefully,” President Murmu said.

It is impossible to imagine life without water, he said, adding that in Indian civilization water is important not only in life but also in the journey after life. Hence all water sources are considered sacred. But if we look at the current situation, then the situation seems worrying.

“Our rivers and reservoirs are deteriorating due to population growth, village ponds are drying up and many local rivers have become extinct.”

“Water is being over-exploited in agriculture and industries,” she said. President Murmu said that the ecological balance on the earth is being disturbed, weather patterns are changing and unseasonal excessive rains have become common.

He said that the issue of water is relevant not only for India but for the whole world.

“The issue is also related to national security as the vast amount of freshwater available is spread between two or more countries. Therefore, this joint water resource is an issue in which international cooperation is essential,” she said.

He said that Denmark, Finland, Germany, Israel and the European Union are participating in the 7th India Water Week and expressed confidence that all would benefit from the exchange of ideas and technologies at this forum.

The President said that water is also a major resource for agriculture.

“According to an estimate, about 80 percent of the water resource in our country is used for agricultural purposes. Hence, proper use and management of water in irrigation is very important for water conservation,” she said.

He said: “’Pradhan Mantri Krishi Sinchai Yojana’ is a major initiative. This nationwide scheme is being implemented to increase the irrigated area in the country. In line with water conservation goals, the scheme also envisages adoption of precision-irrigation and water saving technologies.

Share
Facebook
Twitter
WhatsApp
Linkedin
Email
Telegram
Previous articleCan such a cough be the reason for the new wave of corona? Keep a close eye on this symptom
Next articleDo you also spend hours in writing emails, take help of this website, work will be done in a pinch