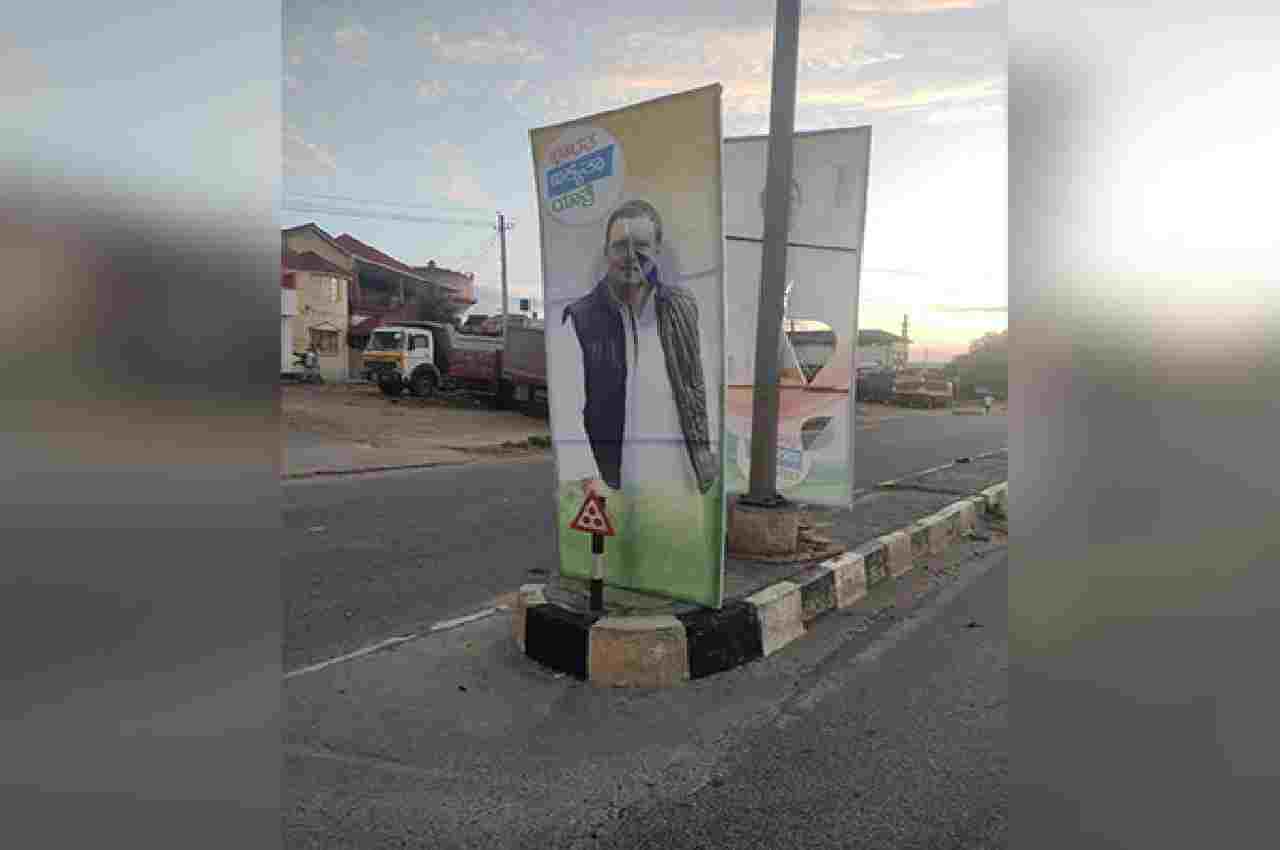 Chamarajanagar (Karnataka): Posters with pictures of Congress leader Rahul Gandhi were torn down on Thursday in Gundlupet town of Chamarajanagar district of Karnataka.

Posters were put up on the highway to welcome Rahul Gandhi, who reached Gundlupet on 30 September. He is leading the ‘Bharat Jodi Yatra’ which is set to enter Karnataka.

Along with Gandhi’s posters, other flexes with photographs of several Congress leaders were also vandalized.

Rahul Gandhi is currently leading the Bharat Jodi Yatra, the party’s national campaign in a few decades. The 3,500 km march from Kanyakumari to Kashmir will be completed in 150 days and will cover 12 states.

From Kerala, the journey will pass through the state for the next 18 days, reaching Karnataka on 30 September. It will be over Karnataka for 21 days before moving northwards. The padyatra (March) will cover a distance of 25 km per day.