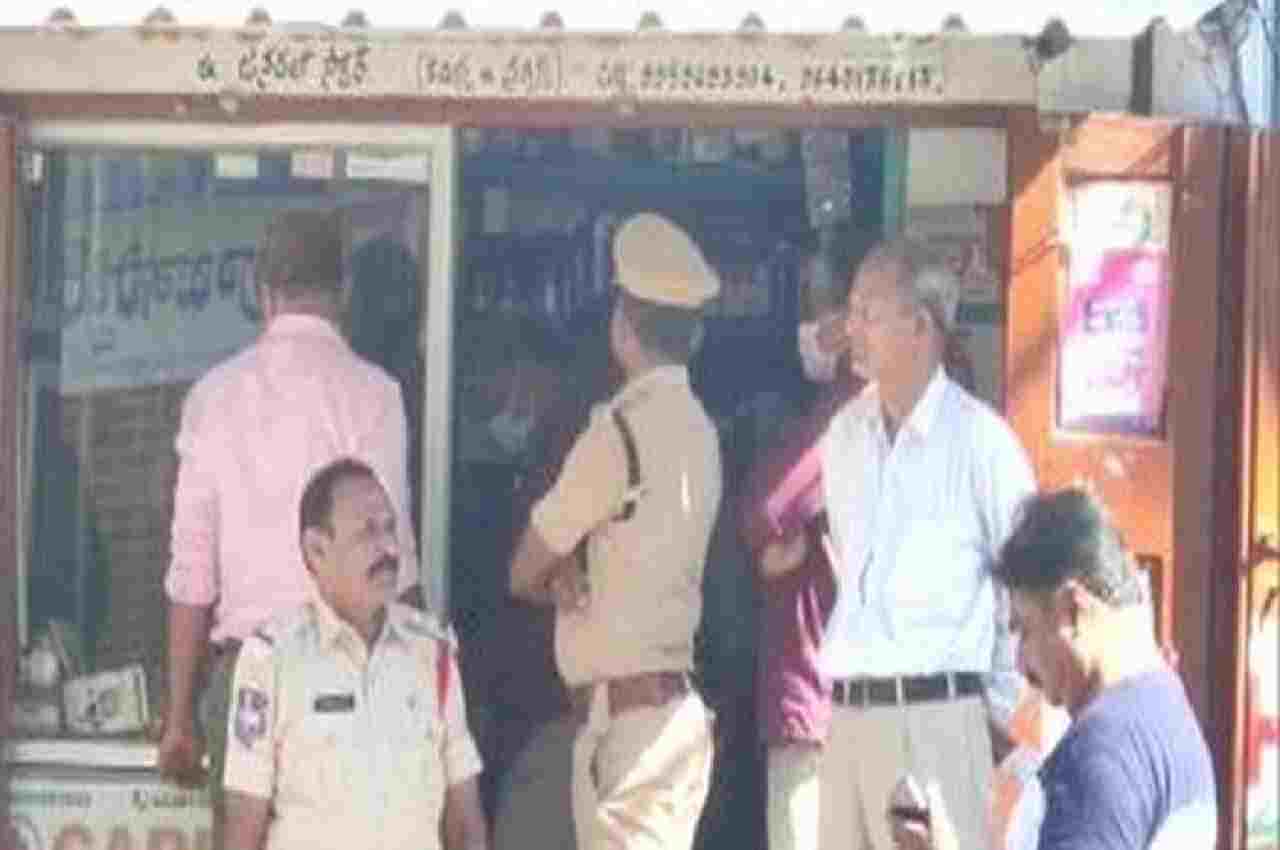 New Delhi: The National Investigation Agency (NIA) on Sunday conducted multiple search and seizure operations at 40 locations in Telangana and Andhra Pradesh. Raids were conducted against the workers of Popular Front of India (PFI), where people have been detained.

The agency conducted searches at 38 locations in Telangana (23 in Nizamabad, four in Hyderabad, seven in Jagtyal, two in Nirmal, one each in Adilabad and Karimnagar districts).

Meanwhile, raids were conducted at two places in Andhra Pradesh (one each in Kurnool and Nellore districts) in Telangana in a case related to Abdul Khader and 26 other persons from Nizamabad district.

This raid is going on since Sunday morning. Meanwhile, the NIA said it has seized incriminating material including digital equipment, documents, two daggers and Rs 8,31,500 in cash.

“Four persons have been taken into custody for questioning,” the counter-terrorism agency said.
According to the NIA, the accused were “organizing camps to provide training to commit terrorist acts and to promote enmity between different groups on grounds of religion”.

Abdul Khader, 52, a resident of Autonagar in Nizamabad, was an accused along with 26 people in the NIA’s First Information Report (FIR), which mentioned that he along with others had conspired to wage war against the Indian government.

“In pursuance of a criminal conspiracy, they recruited members of the Popular Front of India (PFI), organized camps to provide training to commit terrorist acts. They constituted an unlawful assembly and promoted enmity between different groups on grounds of religion and were involved in activities prejudicial to the sovereignty and territorial integrity of India,” the FIR mentions.

Earlier, a case was registered by Nizamabad police station in Telangana against Abdul Khader and 26 persons and others under various sections of the Indian Penal Code and Section 13(1)(b) of the Unlawful Activities (Prevention) Act related to certain anti-national activities. went. In a house located at Auto Nagar near Osmania Masjid, Nizamabad.

“On search of the house, a flexi in the name of Popular Front of India (PFI), bamboo sticks, whiteboards, non-chuck, a podium, notebooks, handbooks and other materials were seized by the Telangana Police. This is a conspiracy to wage war against the Indian government.

Official sources said that during further interrogation, the owner of the house, Abdul Khader, admitted that in lieu of financial assistance of Rs 6 lakh by some of the accused persons associated with PFI, he had constructed a portion on the roof of his house and was permitted. The premises used for imparting training to the cadres of PFI and meeting of the organization.

“PFI members started coaching and physical exercises for youth in the name of karate classes and instigated them against a particular community with their hate speeches etc. He recruited members of the Popular Front of India (PFI), and organized camps. To provide training to commit terrorist acts. They organized an unlawful assembly and promoted enmity between different groups on the basis of religion and were involved in activities that disrupted the sovereignty and territorial integrity of India. Later Telangana Police added Section 18A and 18(B) of the UA(P) Act in the case.

The PFI was started in Kerala in 2006 after the merger of three Muslim organizations – the National Development Front of Kerala, the Karnataka Forum for Dignity and Manitha Neeti Pasari of Tamil Nadu – following the demolition of the Babri Masjid in 1992. After the demolition of Babri Masjid, several fringe organizations had emerged in South India and PFI was formed by merging some of them.

Now PFI claims that it has units in 22 states. Its growth has been unprecedented, with intelligence agencies acknowledging that it has successfully taken advantage of the growing void in the community by playing the role of a savior. The successful depiction of the image helps PFI raise funds, especially from affluent Middle-Eastern countries. The PFI was earlier headquartered in Kozhikode, but was shifted to Delhi after the expansion of its base. PFI state president Nasruddin Elmarom is one of the founding leaders of the organisation. And its All India President E Abubakar also belongs to Kerala.

PFI describes itself as a neo-social movement committed to empower people from minority communities, Dalits and other weaker sections of the society. (ANI)

Why is the Chennai Police taking photos of the night walkers? Controversy in Tamil Nadu due to facial recognition system