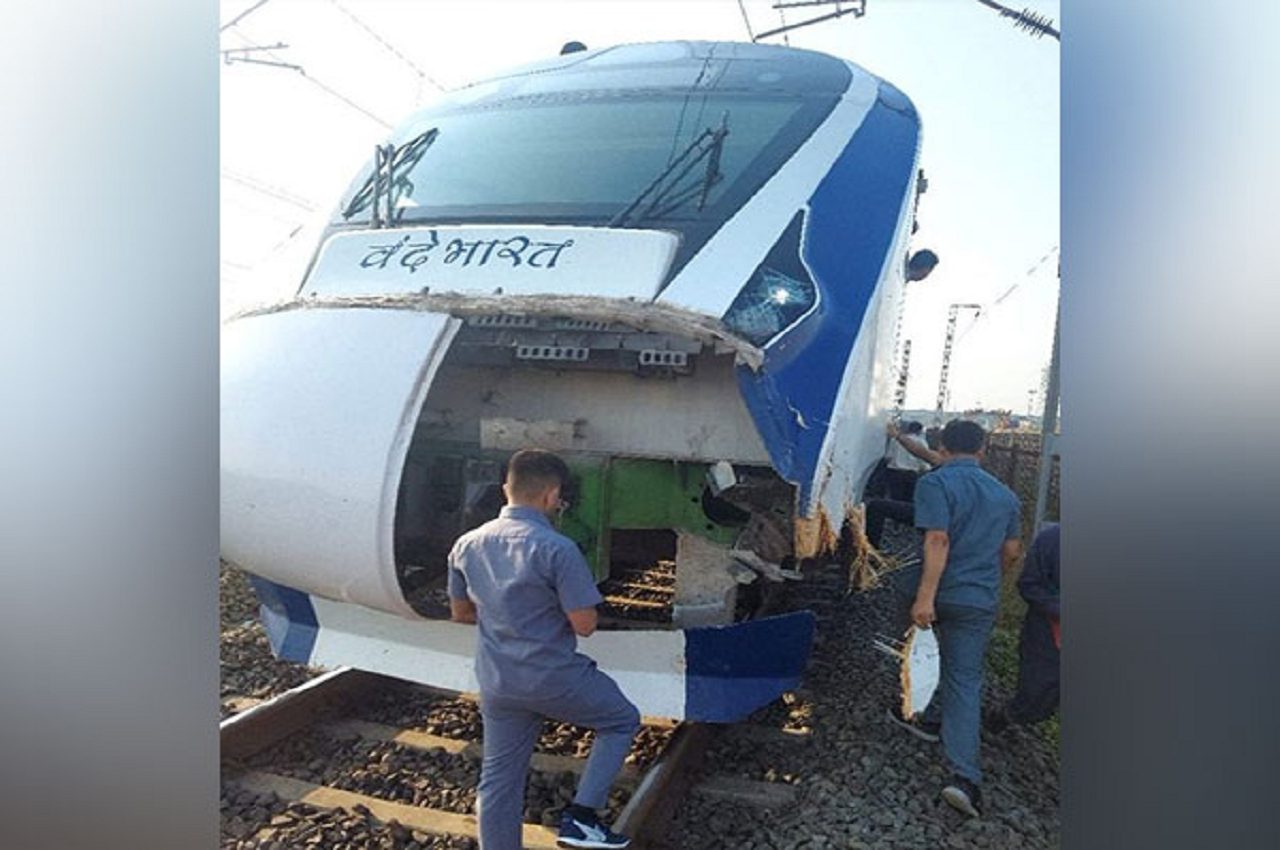 New Delhi: Ministry of Railways has approved a new design for boundary wall to prevent incidents of animal-violence in trains.

Railway Minister Ashwini Vaishnav informed about this on Wednesday and said that a new boundary wall will be installed in the next 5-6 months.

New design of boundary wall has been approved to prevent animal accidents in trains. This new boundary wall will be installed in next 5-6 months: Railway Minister Ashwini Vaishnav pic.twitter.com/Oexz0tGv60

On October 29, a cattle overturning incident was reported near Atul in Mumbai Central Division. The train was going from Mumbai Central to Gandhinagar.

Its nose was damaged after the then-newly-launched Mumbai Central-Gandhinagar Vande Bharat Express train collided with a bull.

On October 6, four buffaloes were killed after coming under the grip of this train going from Mumbai to Gandhinagar between Vatva and Maninagar railway stations in Gujarat.

In a similar incident the next day (7 October), a train hit a cow near Anand in Gujarat while on its way to Mumbai.