Rajasthan Politics: BJP leader Om Mathur said – it is not wrong to have ambition in politics 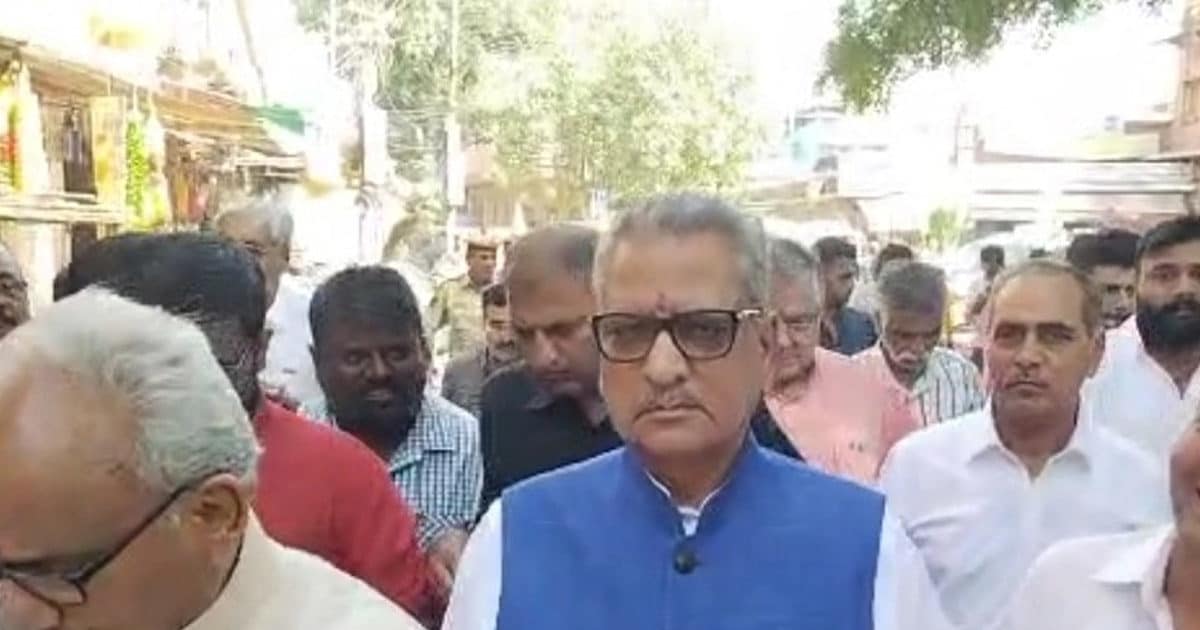 Only one post is permanent in BJP and that is that of worker.

Jodhpur. Amidst the speculations about who will be the CM face of BJP in the upcoming assembly elections in Rajasthan, party’s strong leader Om Mathur has given a big statement. Om Mathur clearly said that he is not a contender for the chief minister’s post. But ambition and expectations in politics are and should be kept by everyone. He said that there is only one post in BJP, that of worker. All other posts are such in which after some time the former takes place. Om Mathur, who reached Jodhpur on Saturday, while addressing the media said that it is not wrong to have ambition in politics.

On reaching Jodhpur, Om Mathur was given a warm welcome. Mathur reached Lekhraj Mehta’s residence located in the interior of the city directly from the airport. There he reached the place of senior advocate Mehta, 103, inquired about his health and recalled the work done with him. During this, Om Mathur also raised questions on the state government and Chief Minister Ashok Gehlot. He said that the law and order in Rajasthan is completely disturbed.

BJP will not have the same condition as Congress

Mathur said that what the people called Gandhi of Rajasthan did in the past is not hidden from anyone. On the matter of being a contender for the chief minister’s post in BJP too, Om Mathur said that BJP will not have a condition like Congress. He said that the harvest of the Bharatiya Janata Party is very good. He said that in the Bharatiya Janata Party, the Central Parliament Board takes all the decisions. There is only one permanent post in BJP and that is that of a worker.

Share
Facebook
Twitter
WhatsApp
Linkedin
Email
Telegram
Previous articleDid you recognize this famous actress seen in the picture with Amrish Puri? Has given many hit films in the 80s
Next articleIND vs PAK: Shaan Masood or Fakhar Zaman? Babar Azam made a big disclosure about playing XI