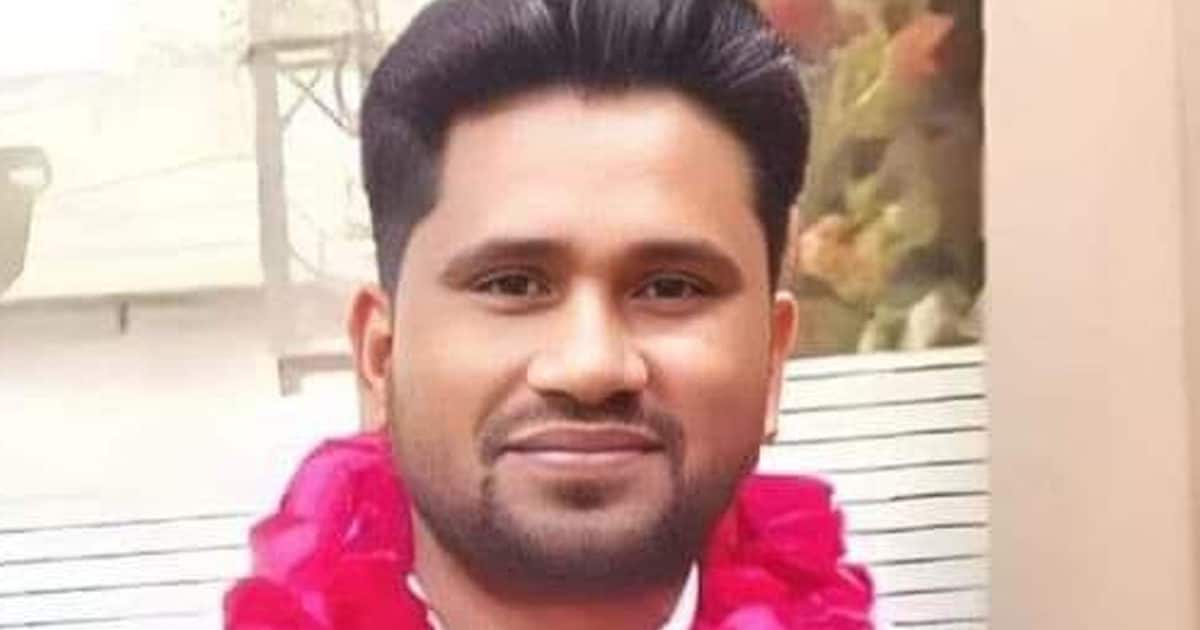 He was a resident of Garhi Jakhauda village of Dholpur.

Tehsildar was married only two years ago

Asaram Gurjar was selected in RTS five years back.

Dholpur. A heart-wrenching case has come to light from Rajasthan’s Dholpur district. Here in Masalpur of Karauli district, the RTS officer working on the post of Tehsildar committed suicide by hanging himself. Tehsildar’s body was found hanging on a tree in the field with the help of a noose. As soon as the information about the incident was received, sensation spread in the area. The police got the post-mortem done and handed over the dead body to the relatives. Although the reasons for the suicide have not been disclosed, prima facie there is a possibility of frequent job transfers and family discord. The police is probing the entire matter.

According to the information, Tehsildar Asaram Gurjar, who committed suicide, was about 35 years old. He was a resident of Garhi Jakhauda village of Sadar police station area of ​​Bari subdivision of Dholpur. Asaram ended his life on Saturday by hanging himself from a tree in the fields located a short distance away from his house. As soon as the relatives came to know about the incident, they rushed to the spot. He got Asaram out of the trap and immediately took him to the district hospital. There the doctors declared Asaram dead.

from your city (Dholpur)

Asaram came home only 2 days ago
As soon as the information about the incident was received, Sadar police station in-charge Hiralal reached the village along with the police force and inquired about the incident. Sarpanch Gangaram of Bijauli Gram Panchayat told that Asaram was selected in Rajasthan Tehsildar service 5 years ago. He worked in the district for some time and was later transferred to Bharatpur district. He was currently posted as Tehsildar in Masalpur in Karauli district. Asaram was married in the year 2020. They have a daughter of about 5 months. He came to that house 2 days back.

did yoga in the morning
According to information received from sources, Asaram also did yoga after waking up in the morning on Saturday. During this, he was not seen troubled in any way. After this he went to the fields a little far away from the house. There he committed suicide by hanging himself. Bijauli outpost in-charge Mansingh said that the post-mortem of Asaram Gurjar’s body was done in the district hospital in the presence of his family members. After that the dead body has been handed over to the relatives.

the whole family is rich
Asaram’s entire family is prosperous. But even after that the incident of hanging has taken everyone by surprise. Asaram’s father Dewan Gurjar is the headmaster of Badalpur School in Bari. Asaram was second among 4 brothers. Two of his brothers are government teachers and one brother is a constable in RAC. Apart from this, the daughters-in-law of the house are still working in the government sector. In such a situation, the whole family is prosperous in every way.

Share
Facebook
Twitter
WhatsApp
Linkedin
Email
Telegram
Previous articleTargeting China to Pakistan on the pretext of PFI, know how Amit Shah taught a lesson on terror
Next articleBhagyam: See how your fortune will be today, what your zodiac sign says. Daily Astrology | 20 November 2022