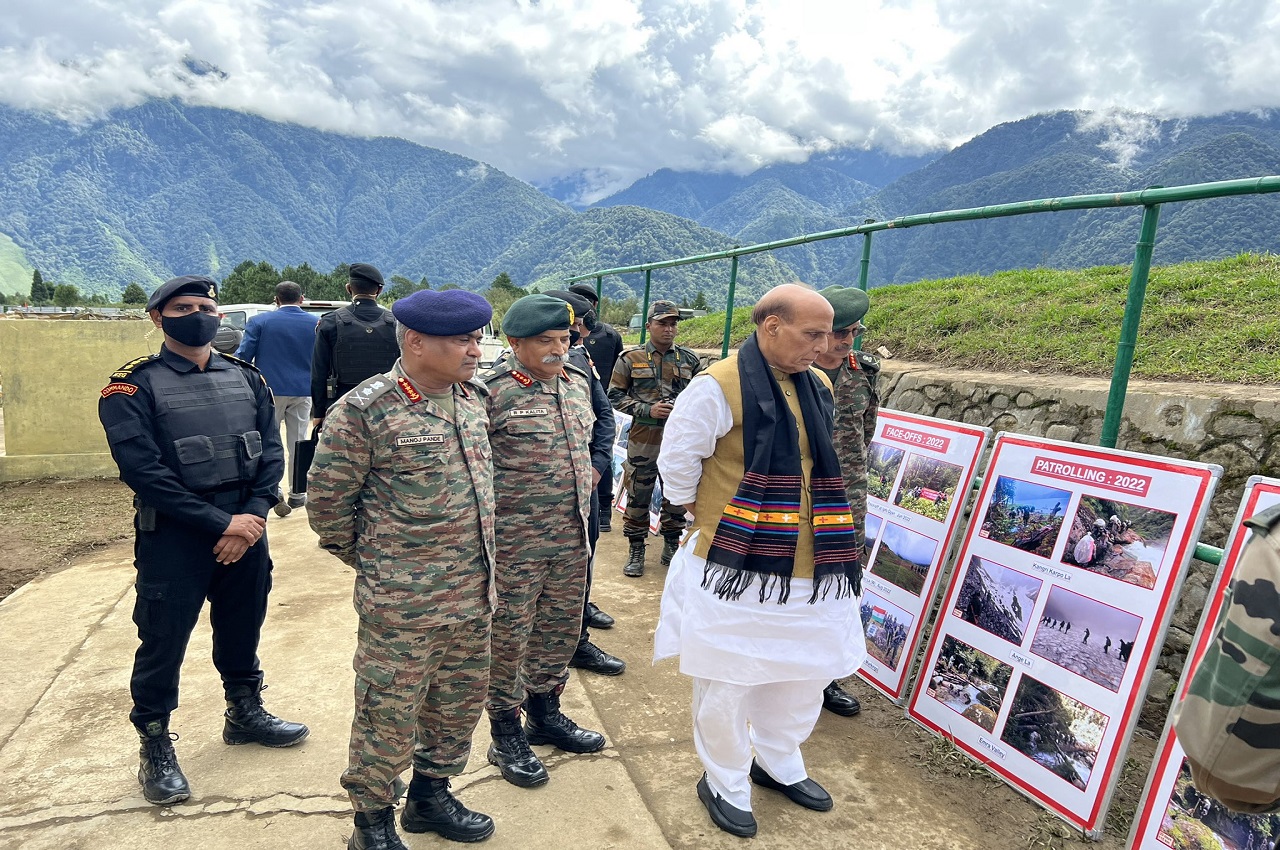 New Delhi: Defense Minister Rajnath Singh on Thursday visited the forward areas of 3 Corps at Anini in Arunachal Pradesh to conduct a ground assessment of the country’s defense preparedness along the LAC.

According to a Defense Ministry statement, Rajnath Singh today visited the forward areas of 3 Corps at Anini, a village in Dibang Valley of Arunachal Pradesh.

Taking stock of all security related aspects, he assessed the country’s defense preparedness on the LAC at the ground level, the statement said.

After the visit, in an interaction with the Armed Forces personnel at Tezpur in Assam, Singh lauded the dedication and sacrifice of the soldiers deployed at the borders, while bravely defending the sovereignty, unity and integrity of the country.

Visited forward areas in Dibang Valley of Arunachal Pradesh and interacted with the troops deployed in the area. Indian Armed Forces personnel go above and beyond in the service of the nation. pic.twitter.com/QBoIBCDdmG

Singh said that strengthening India’s military might has been the top priority of the government since coming to power in 2014, with a focus on equipping the services with state-of-the-art weapons/equipment through a ‘self-reliant’ defense industry .

He cited the armed forces as the reason behind the strength and confidence of the nation.

Singh lauded the Armed Forces for inculcating a sense of national pride and patriotism among the people, especially the youth, by showcasing their strength and courage from time to time.

The Defense Minister said that India’s international image has completely changed due to the courageous decisions taken by Prime Minister Narendra Modi as well as the gallant actions of the armed forces.

“There was a time when India was not taken seriously in international forums,” Singh said.

“Indian Army is respected all over the world.”

“Our friendly foreign countries have faith in him. This is one of the major reasons that India has emerged as a powerful nation. Today we are firmly moving forward to become the fifth largest economy in the world.”

According to the release, the Defense Minister was accompanied by Chief of Army Staff General Manoj Pandey, General Officer Commanding-in-Chief Eastern Command Lt Gen RP Kalita and other senior officers of the Indian Army.

Share
Facebook
Twitter
WhatsApp
Linkedin
Email
Telegram
Previous articleFish species that went extinct 100 years ago in America were born, read interesting case
Next articleStock traders can invest money in liquid ETFs, will get the facility of returns and liquidity