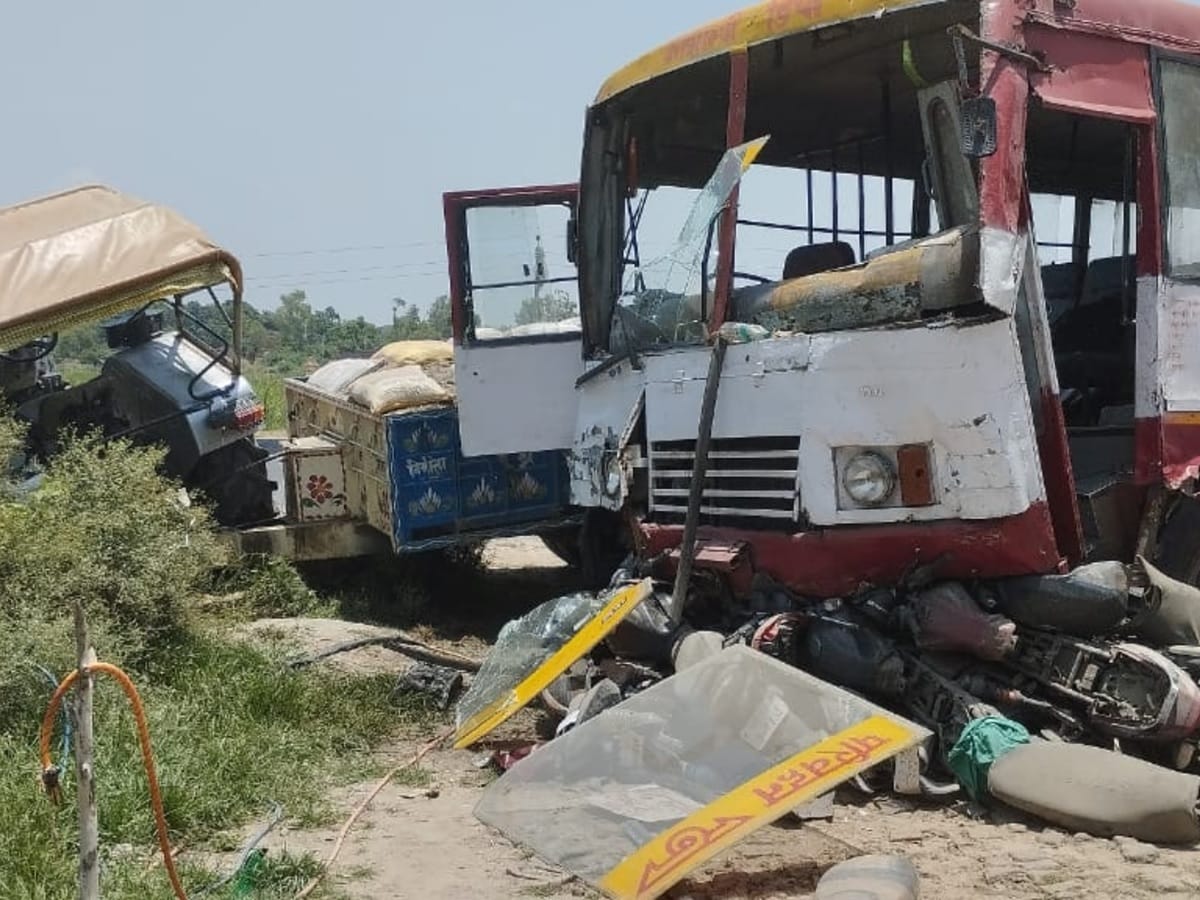 Hardoi. A major accident happened on Wednesday near Tondarpur in Hardoi. Here a bus full of passengers became uncontrollable. The shocking thing was that during this time the driver of the bus jumped from him and fled. The uncontrollable bus rammed many vehicles during this period. However, it was fortunate that no one was injured in this accident. According to the information, this bus was going from Hardoi to Shahjahanpur.
According to the people present on the spot, the roadways bus coming at a high speed suddenly started swaying and the driver had no control over it. After this suddenly the driver of the bus also jumped out of the moving bus and fled from the spot. The speed of the bus was so fast that while crushing several motorcycles parked there, the bus also rammed a tractor trolley and all the vehicles were completely damaged.

minor injuries to some
At the same time, some people have suffered minor injuries after the accident, which are being treated. According to the police, as soon as they got information about the accident, they reached the spot and took the injured to the hospital. No person was seriously injured in the accident. At the same time, now the driver of the bus is also being searched. According to the information, lakhs of rupees have been damaged in this accident.

The officer first denied then…
At the same time, when ARM RS Pandey of Roadways was asked in this regard, he flatly refused to have any such accident. However, later when the videos and photos of the accident became viral on social media, they hurriedly dispatched the relief and rescue team to the spot.