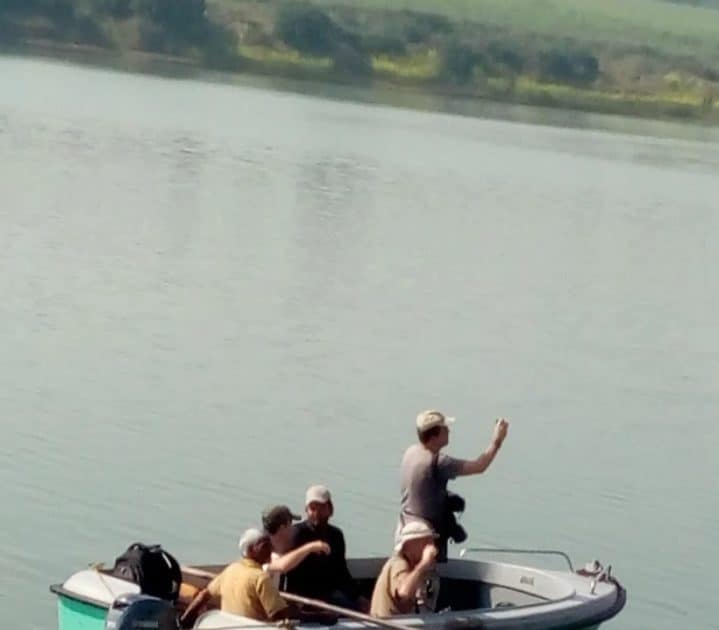 Sawai madhopur, The government and the Forest Department are constantly trying to develop the National Chambal Gharial Century for tourism. The Forest Department has provided boating facility for tourists at Palighat in Sawai Madhopur, Rajasthan. Due to this, tourists have started reaching here in good numbers, but according to a report, the level of pollution in the Chambal river is continuously increasing. Increasing pollution in the Chambal river can prove to be a threat to crocodiles, crocodiles and other rare aquatic creatures of the century.

There is not much pollution in Chambal river of Sawai Madhopur district. But, pollution in Chambal in Kota is continuously increasing. In such a situation, if work is not done soon in the direction of reducing pollution, then the situation in the district may worsen. In the report, 22 highly polluted drains have been identified in Kota and six in Keshoraipatan. These are being regularly inspected by the Rajasthan State Pollution Control Board. The work of five sewage systems in Kota and two sewage systems in Keshoraipatan is in progress.

According to the Forest Department, the NGT had issued instructions to the Pollution Control Board to collect water samples from the Chambal river. After this, in the year 2018, samples of Chambal water were taken. At that time the level of BOD in Chambal river of Kota was 5.5. After this, talking about the samples of 2019, this figure reached 5.75. While at present the level of BOD in Chambal water has been found to be more than six in Kota.

Along with this, the amount of DO ie dissolved oxygen is also increasing in Kota and Chambal river of Madhya Pradesh. On the other hand, if we talk about the water of Chambal river in Sawai Madhopur district, then in the year 2018, the level of BOD in Chambal water in the district was less than 1.5. After this it increased and now it has reached 2.25, but still the conditions of pollution have not arisen in the Chambal river of the district.

Regarding the matter, National Chambal Gharial Century Park Conservator Anil Yadav says that earlier samples of Chambal and Banas river were taken for investigation. However, the amount of pollution in Chambal and Banas water in the district has been found to be less than normal.

Share
Facebook
Twitter
WhatsApp
Linkedin
Email
Telegram
Previous articleStrange skeletal hand found in Brazil, people claim it is alien’s palm
Next articleNews18 Showreel: A gathering of stars will be held on November 27, many unheard stories will be heard