Search continues for 1 soldier in Arunachal Pradesh helicopter crash, 4 bodies have been recovered 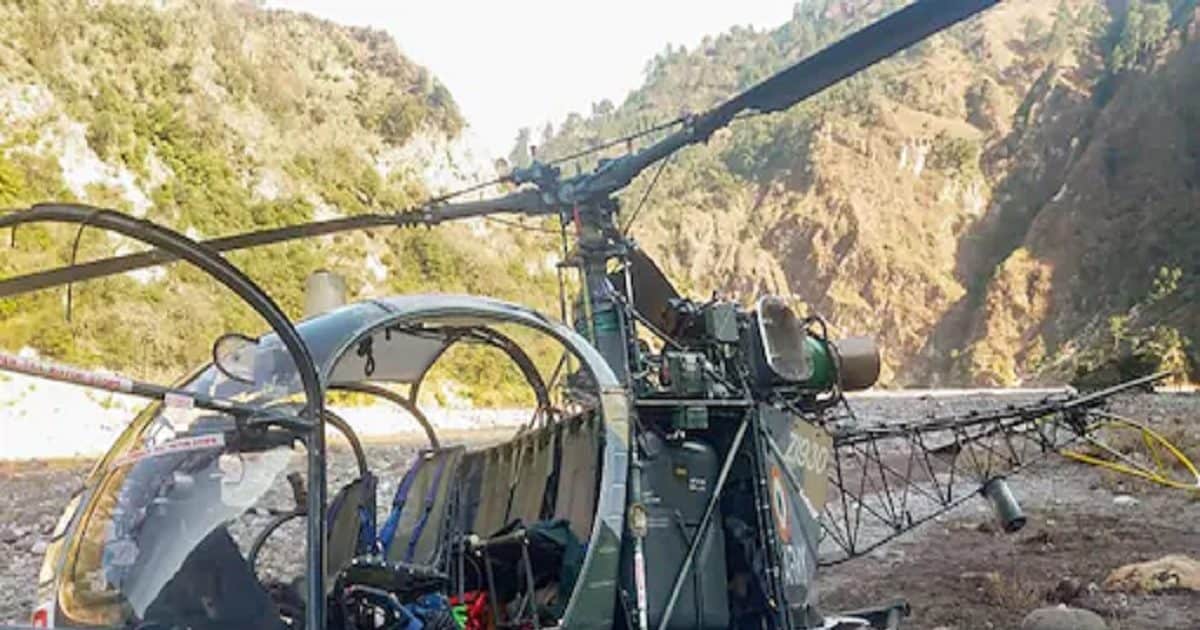 Itanagar: The bodies of 4 soldiers were found in the army helicopter crash in Siang district of Arunachal Pradesh, but the search for one army personnel is still going on. In fact, an army helicopter crashed in Migging on Friday, in which four soldiers lost their lives, while one army personnel could not be traced. The search for the fifth soldier is on since Friday. It is being told that the accident happened due to a technical fault. According to the report, the weather was good for flying and the pilots had a lot of experience.

However, along with the accident, a Court of Inquiry has been ordered to find out the cause of the accident. An army official said the bodies of four army personnel were recovered from a dense forest about 35 km from the border with China. Five Army personnel, including two pilots, were on board the Advance Light Helicopter (ALH) WSI under regular flight. The incident took place at Singing near Miging, 25 km from the district headquarters Tuting, at around 10.43 am, the official said.

The Army helicopter also known as HAL Rudra took off from Likabali in Siang district. HAL Rudra is an attack helicopter manufactured by Hindustan Aeronautics Limited (HAL) for the Indian Army. Tezpur-based defense spokesman Lt Col AS Walia said, “Five army personnel were on board the helicopter, out of which the bodies of four have been recovered.” Search is on for another Army personnel.

He said that immediately after getting information about the incident, a search and rescue operation was launched, which included Mi-17 and two ALHAs. Upper Siang SP Jummar Basar said that the district police sent its team to the spot for search and rescue operation. This is the second incident of an army helicopter crash in the state this month. Earlier on October 5, a Cheetah helicopter crashed in Tawang district, killing one of the two pilots on board.