Seeing Rahul Gandhi, this girl could not stop her tears, calmed her down by giving such a ‘magic hug’ 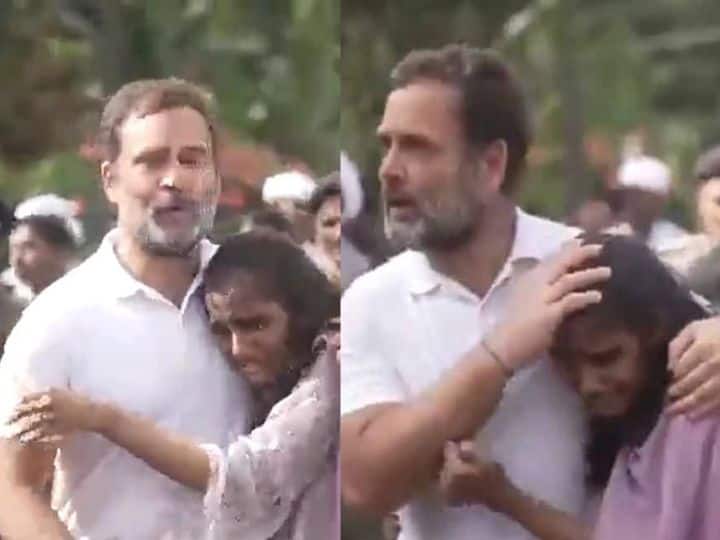 Emotional Moment Of Bharat Jodo Yatra: These days, many such videos and pictures from Congress’s ‘Bharat Jodo Yatra’ have gone viral, seeing which people have become emotional. Once again one such video is becoming increasingly viral on social media. In this video, a girl could not stop her tears after seeing Congress leader Rahul Gandhi. Rahul too could not see the tears in the girl’s eyes and he hurriedly pacified her by giving her a lovely ‘jaadu ki jhappi’.

It can be seen in the video that how the girl started jumping with joy and then suddenly tears came from her eyes. Seeing the girl getting emotional, Rahul put his hand on her head lovingly and hugged her. Even before this many such videos have come to the fore.

Last day of travel in Kerala

Many people have commented in this video. Many people have shared this. There were many emotional moments in today’s journey. A supporter presented a photograph to Rahul with his father Rajiv Gandhi today. The Yatra started from Kanyakumari in Tamil Nadu on 7th September. Today is the last day of the journey in Kerala.

A few days back, another video of Rahul Gandhi went viral on social media, in which he was seen wearing sandals to a girl child. During the journey, the sandal suddenly came out of the girl’s feet and Rahul made her wear sandals without delay. People also liked this video very much.

With these conditions, Ashok Gehlot is ready to leave the post of Chief Minister, may be nominated after meeting Sonia