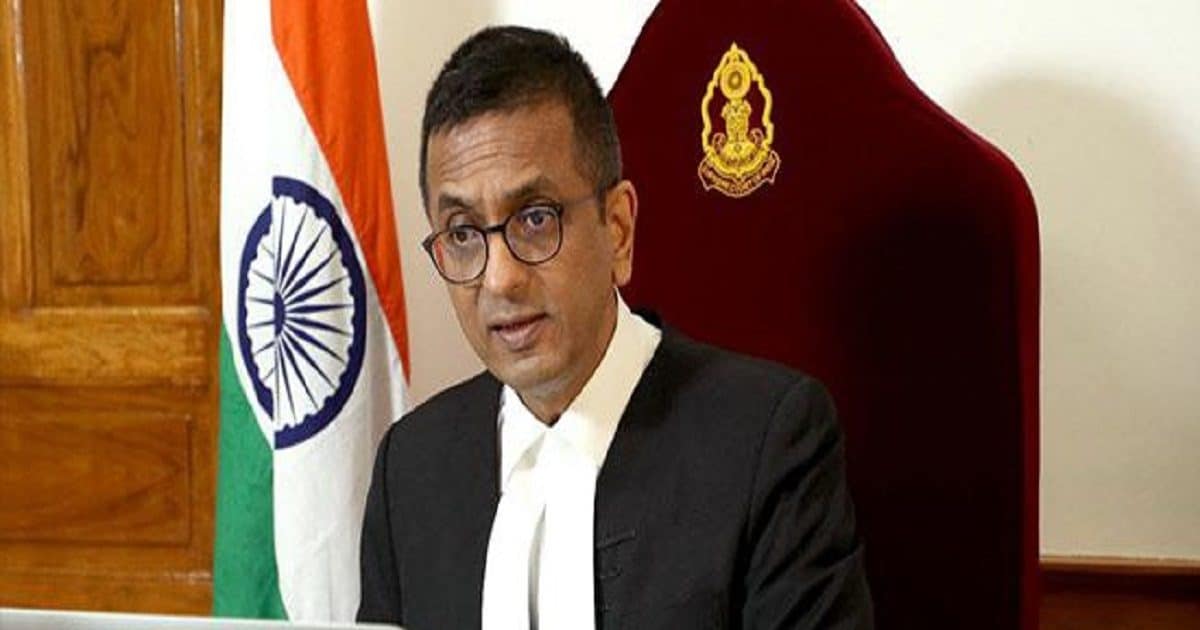 New Delhi: New Chief Justice of India DY Chandrachud began his first day of office by garlanding the statue of Mahatma Gandhi in the Supreme Court premises and asserted that it was his duty to serve the people of the country. ‘priority’ Is. “Whether in technology or registry…or judicial reforms, I will take care of citizens in every aspect,” he told reporters, soon after President Draupadi Murmu was sworn in as the 50th CJI at Rashtrapati Bhavan on Wednesday. Later, Justice Chandrachud reached the top court along with his wife Kalpana Das.

The CJI took off his shoes before paying floral tributes to Mahatma Gandhi. Accepting the greeting with folded hands, he took a short walk in the campus and interacted with the journalists. He said, “Service to the common people is my priority. Please look further. I will work for all the citizens of the country.” He said leading the Indian judiciary is a “great opportunity and responsibility”. To a question on how he would ensure people’s confidence in the judiciary, Justice Chandrachud said, “I will ensure the confidence of citizens not only through words, but through my work.”

After this, Justice Chandrachud accompanied by his wife went inside his chamber in the apex court and bowed to the Indian tricolor there. He entered the historic CJI courtroom at around 12.10 pm to hear the cases listed in today’s cause list. He restrained himself for a few seconds after sitting on the CJI’s chair and then said, “Sorry for making the members of the bar wait for so long. I will try to make it a stress free court for all.

Various advocates including Solicitor General Tushar Mehta congratulated the CJI and wished him all the best for his two-year tenure. The CJI then heard various cases registered in the cause list, including the petition of Samajwadi Party leader Azam Khan. Khan had moved the apex court against his disqualification as an MLA of Rampur assembly seat in the hate speech case.

At the end of the day’s hearing, the CJI said, “I could not hear some cases today because we had assembled late. I hope this is the first time in my career that I have come late because I am late because of taking oath.