Shraddha Murder: Aftab will be produced in Saket court today, Delhi Police may get remand again 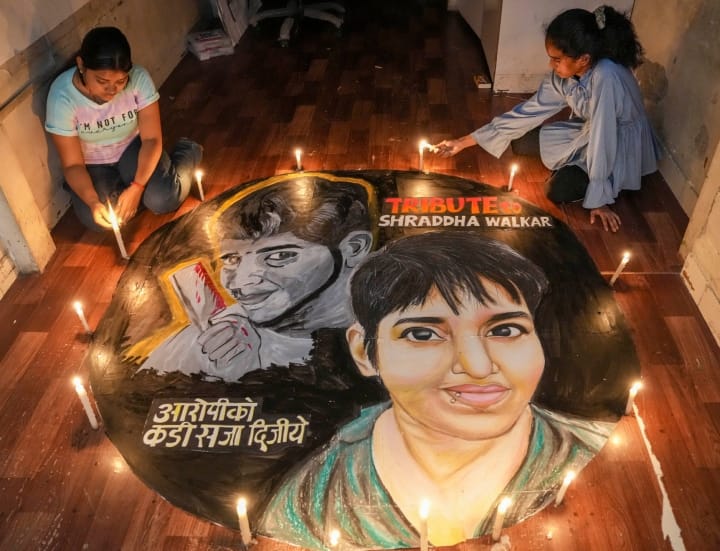 Shraddha Murder Case: Delhi Police will present Aftab Poonawalla, accused in Shraddha Murder Case, in Saket Court today (November 17). Last day i.e. on Wednesday, the court had given permission to the Delhi Police to conduct a narco test on Aftab. The police has now started preparing for this. The police claim that Aftab is constantly trying to divert this investigation. He is not giving correct information about Shraddha’s mobile and the weapon used in the incident. Let us know in detail what has happened so far in this case-

1-Delhi Police will file an application in the court today to seek Aftab’s remand once again. Delhi Police says that the weapons used in the incident, Shraddha’s phone, clothes worn at the time of the incident and many other things have to be recovered on Aftab’s trail, for which his remand is needed.

2- Delhi Police is continuously making new revelations regarding this matter. Earlier, the police had reached Aftab’s Delhi flat. From here, the police have found blood stains in the kitchen of the flat, whose samples have been sent for examination to find out to whom the stains belong.

3- However, the fridge was already cleaned with chemicals. After the murder of Shraddha in this refrigerator, it is said that the pieces of her dead body are kept.

4- Along with this, the police is constantly engaged in scanning all the CCTV cameras around Aftab’s house.

5-However, Aftab had executed this incident 6 months ago and it is difficult to find such old footage in CCTV. Even after this, the police is constantly trying to recover them in some way.

6- Before this there have been many revelations regarding the matter. During the search of the flat, the police also got hold of a doctor’s prescription. After this, the police reached the doctor’s clinic in Mehrauli with Aftab. Then the doctor told about Aftab’s identity and treatment.

7- After the investigation so far, the police suspect that Shraddha’s body was cut into 35 pieces in the bathroom after the murder. Also, the accused used to leave running water from the shower so that the dead body could be cut easily and blood flowed.

8- The bones recovered by the police are from the back of the body. So far 10 such body parts have been recovered in the case. There is a big body part in it, which is said to be under the bone of the reed.

9- Delhi Police will soon call Shraddha’s father to collect DNA sample. After this, the blood sample and bone sample will be sent to the FLS, after which it will test the DNA.

10- It is alleged that Aftab had cut Shraddha’s body into 35 pieces. To keep them, a 300 liter fridge was bought. He used to go to the forest every night at 2 am for 18 days to throw the pieces of the dead body.

Shraddha Murder Case: Who will bear the expenses of the house? There was a fight between Shraddha and Aftab on the day of the murder.