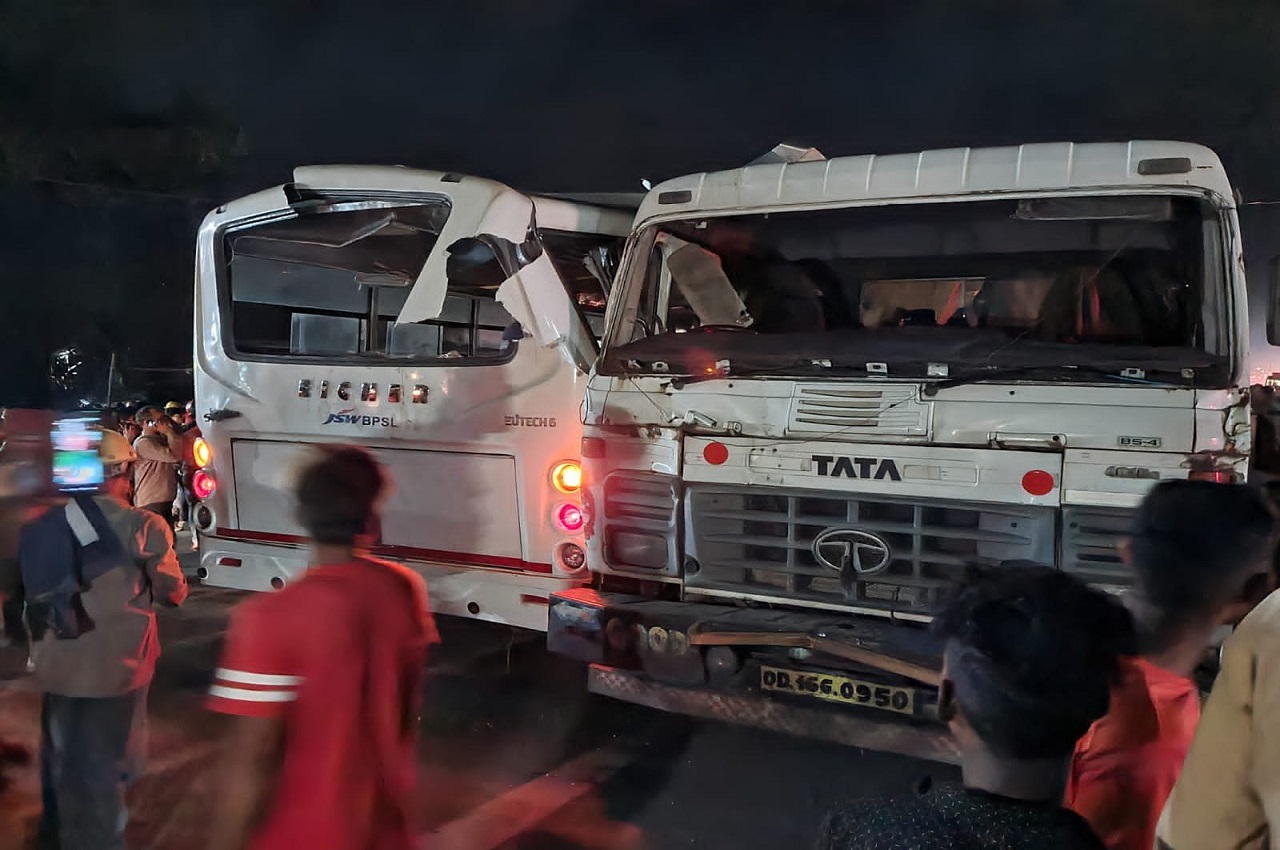 Bhubaneswar: At least six people died in a tragic accident on Odisha’s Jharsuguda-Sambalpur Biju Expressway. The accident happened on Friday night when a speeding truck laden with coal rammed into the bus.

According to preliminary information, 20 others have been injured in this accident, some of whom are said to be in critical condition.

The incident took place near Power House Chowk on Jharsuguda Bypass Road. The bus was taking the employees from the JSW plant to Jharsuguda city.

According to the information, the deceased were returning after completing work in the plant, when the accident happened.

The injured have been shifted to Veer Surendra Sai Institute of Medical Sciences and Research in Burla, Sambalpur.

Odisha | 6 killed, over 20 injured when a bus carrying employees of a company collided with a bus in Jharsuguda. Most of the workers were seriously injured. 10 were referred to the hospital in Burla, Sambalpur, 14 are undergoing treatment here: N Mohapatra, SDPO, Jharsuguda pic.twitter.com/TNxmUoLUEs

Giving information to news agency ANI, Jharsuguda Deputy Superintendent of Police N Mohapatra said, “6 dead, over 20 injured after a bus carrying employees of a company in Jharsuguda met with an accident when a coal-laden truck rammed into the bus. struck. Most of the workers were seriously injured. 10 were referred to the hospital of Burla, Sambalpur, 14 under treatment here.

It is feared that the death toll in the accident may increase. The DM and officials of Jharsuguda have reached the hospital.