Sold even land, buffalo, camel jewelery for the treatment of son, Raghubir is lying in bed for 22 years 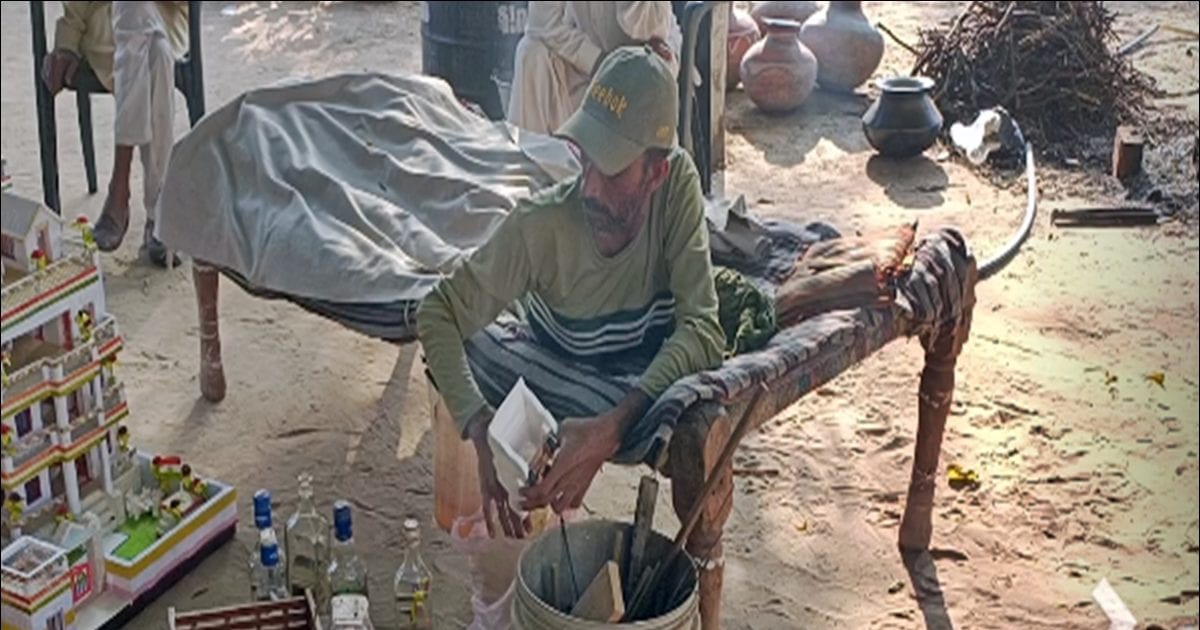 Bhiwani. It is said that bad times bring such misery that it is not easy to fight with them. Something similar has happened with Raghubir Kalia, a resident of Kasni village of Bhiwani. For whose treatment the parents sold everything, but their son could not get up from the cot for 22 years.

Divyang lying on the cot for 22 years makes different artefacts from the thermocol lying on the cot for years. When Raghubir Kalia, a resident of Kasni village of Loharu area of ​​Bhiwani, was 18 years old, his spine was broken after falling from a tree near Johad in his village. To save their only son, the parents sold 8.5 acres of land, their camel-buffalo and jewellery. The helpless parents saved their son by selling everything, but he could never get up from the cot. It is said that when bad times come, good people leave. The same happened with Kalia. After a year and a half, his wife also left him.

Raghubir Kalia tells that he gets old age pension to Divyang and parents, from which he runs the house. The one who makes art. He doesn’t have any buyers. He has requested that the government or any social organization should help him. Till now no one has helped in 22 years.

Raghubir Kalia’s parents told that they lost everything to save their son. Now there is no business. Now even lifting Raghubir’s cot is very difficult. Helpless parents are also now in need of help. Raghubir and his parents have been living a life of helplessness and helplessness for 22 years, but they say that the world is based on hope. They also hope that someday someone or the other will definitely come forward to help them.